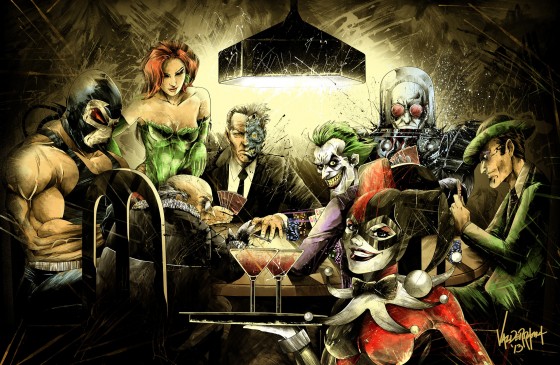 There can be no good without evil. It is the evil that balances out that which is good in this world. Imagine there was no crime and yet there was a man flying around dressed as a bat. Would he be considered a hero or just another nut that escaped from Arkham Asylum? 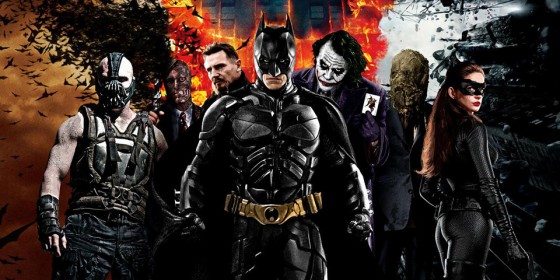 In Gotham City, however, there has never been a shortage of villains. Batman has always been what Gotham needed and we are about to take you on a ride that will showcase all the villains in the Batman movie franchise. Below we have ranked the twenty best Batman Movie Villains. Enjoy. 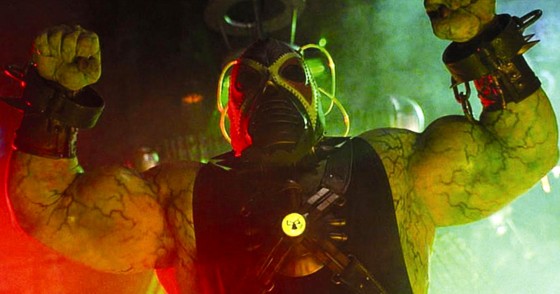 Review: Bane was nothing more than an afterthought in this film and that was by choice. He became nothing more than a big muscular henchmen for Poison Ivy to use as her little pet, which she referred to him as several times. It was a disrespect to the character of Bane which is still the only villain ever to hurt Batman by breaking his back. He was bigger, better, and deserved much more respect than was given to him in this film. 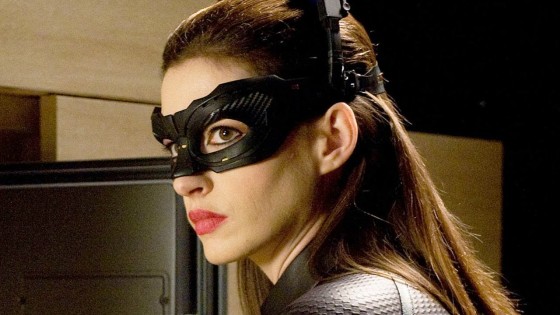 Review: At first glance, Anne Hathaway in tight leather pants is the best thing that could happen to the final installment of the Dark Knight from Christopher Nolan. However, the cheesy cat ears just did not quite do it for us. It turned what could have been an excellent character into a comical cartoon. The story of her and Bruce Wayne was rushed too because they had no time to walk down that path while also dealing with Bane and Talia al Ghul. 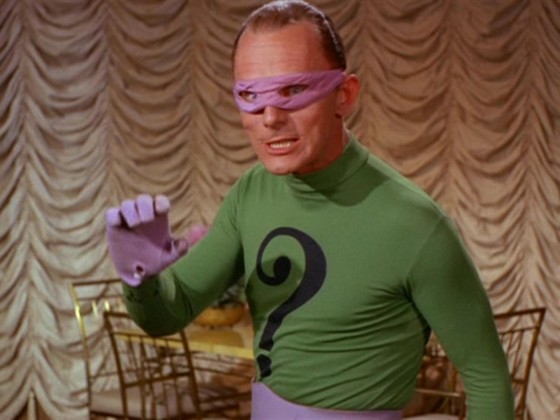 Review: If you haven’t seen the original Batman movie, do yourself a favor and go ahead. Give it a shot. You will not be disappointed. Frank Gorshin gave Jim Carrey plenty to use when depicting one of the greatest villains in DC Comics history. The Riddler wasn’t simply another bad guy, he was the ultimate mind freak that caused Batman and Bruce Wayne a lot of confusion and misdirection. 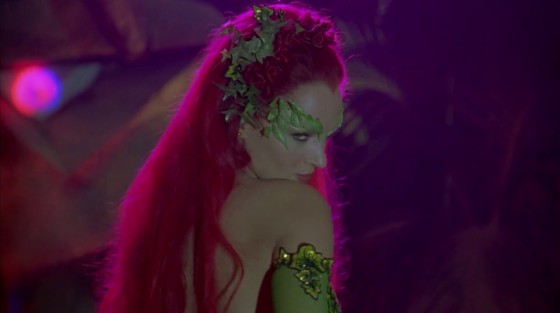 Review: There was not much to love about Batman & Robin, it was the worse Batman film ever made. But when Uma Thurman struts around in green pantyhose and a tight green bathing suit made of leaves, we decided to give her a break. Her sex appeal gave us plenty to enjoy and that is exactly what Poison Ivy is good at, seducing men with her sexual prowess. 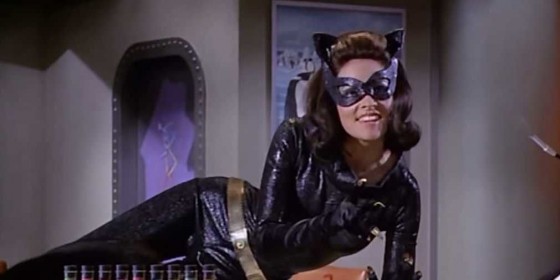 Review: Speaking of sex appeal, what about Lee Meriwether as Catwoman? Unlike Anne Hathaway, Lee Meriwether was able to pull off the cute cat ears. In fact, it actually made Catwoman become a sexy character in the Batman universe, not just another villain. Again, you really need to see this movie. You can’t possibly call yourself a Batman fan and never have seen the movie that was the inspiration to the entire series. 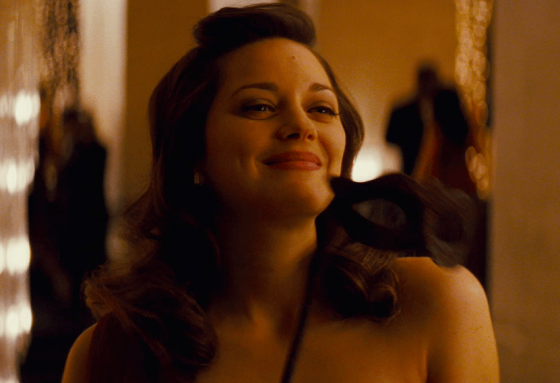 Review: Marion Cotillard never felt quite right in the Dark Knight Rises. She is too good of a dramatic actress to make Talia al Ghul seem believable. Unfortunately, it did not work. The character was more like Gisele Bundchen but with larger breasts. At least, that’s what the comic books showed us about her. 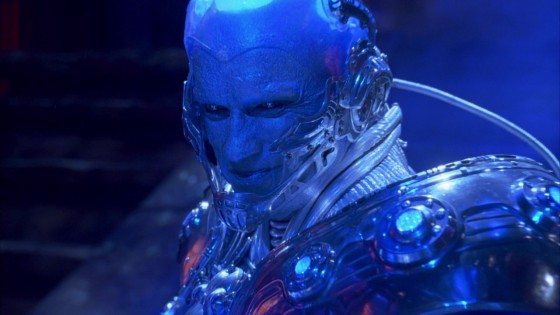 Review: Batman & Robin had one too many puns for anyone to enjoy. But to have Arnold Schwarzenegger, who made $20 million for his role, depict the frozen villain, it was just a little odd and off-putting. It was hard to imagine he was a doctor at any point in time. He was nothing more than the action star in a Mr.Freeze costume. 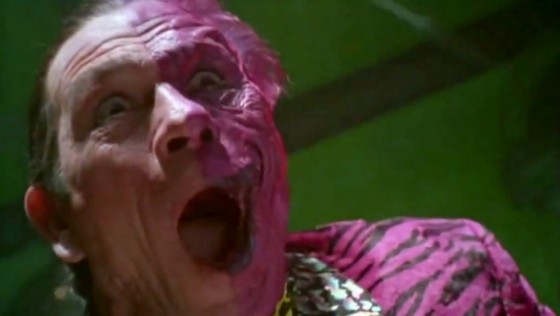 Review: Batman Forever was much better than anyone will give it credit for mainly because fans were upset over Michael Keaton and Tim Burton not returning. It quickly went from dark to bright and colorful. Tommy Lee Jones had amazing make-up but looked too comical for anyone to enjoy. You knew he was nothing more than an actor pretending to be a villain. He was fun to watch but not as dark and deceptive as the true Harvey Dent. 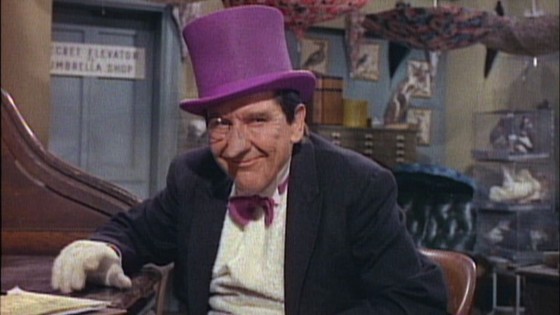 Review: Have you seen Rocky? Does Mickey look familiar to anyone? That’s because he was The Penguin in the Batman TV series and the movie. Isn’t it funny that a man known for turning Rocky Balboa into a champion by punching cold hanging meats is the same guy that once had a submarine with penguin arms and fins. 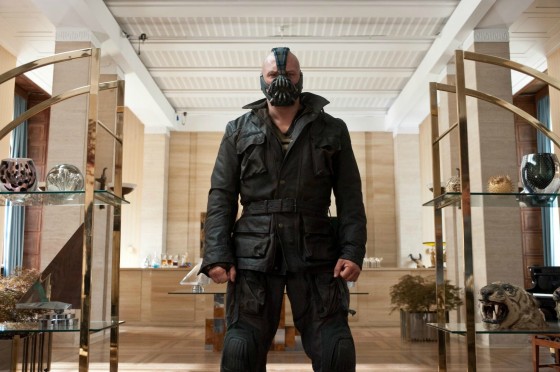 Review: Finally, we got to see Bane on the big screen and this time, it was the real deal. Tom Hardy was not as popular as he has now become in the last few years so it was exciting to watch a somewhat new guy play such an important role in one of the biggest films of the year. 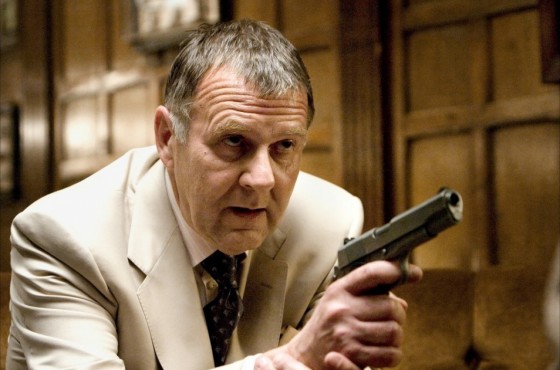 Review: Carmine Falcone was the reason all the villains showed up in Gotham City to being with. He was the crime boss that ran the dark underground of Gotham. He brought all the crime and drugs to the city that kept chaos in order. He can be the blame for any other villain that followed because he created the dark side of the city. He was the underworld crime boss everyone was afraid of. 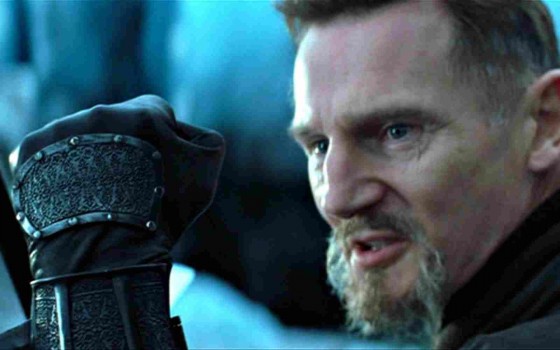 Review: When they announced that Liam Neeson was going to be in the new Batman trilogy, fans were going nuts. One of the biggest bad asses in movie history was going to be in Batman. He was in complete control and always one step ahead of Bruce Wayne. He gave us a belief that Ra’s al Ghul could easily hide in plain sight while deceiving Batman from the start. 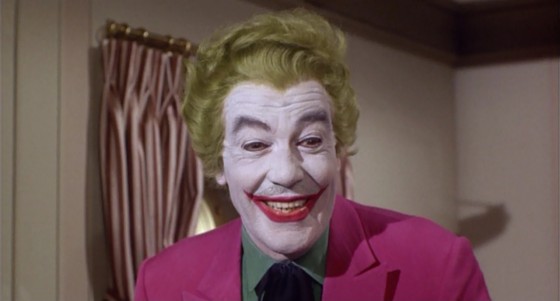 Review: 50 years ago, Cesar Romero was handed the role of a lifetime. He was going to be able to play the Joker in the Batman TV series and also the first film. He was wild, wacky, and believable as a crazy narcissistic villain that wanted to disrupt, disturb, and watch the city burn. All while being a likable character and fan-favorite.

Review: At first glance, Cillian Murphy wasn’t the most exciting choice for Scarecrow. He is more of a quiet, dark, somber actor that was less action and more mind torment. But then he proved us all wrong and became an entirely new villain, one that caused mayhem just to cause chaos. He was diabolical and remained the same actor he has always been while doing so. 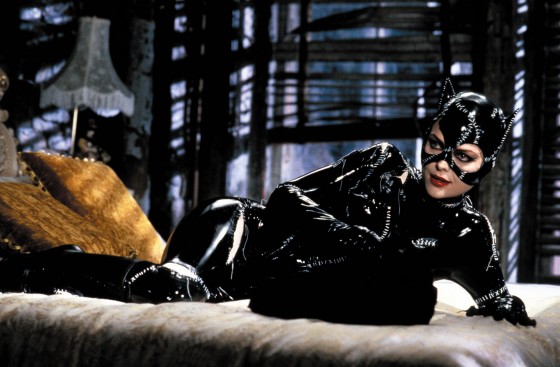 Review: Think of it this way, Michelle Pfeiffer was not only the best woman to play Catwoman, she had a body that not many people expected until she rocked a super tight leather cat costume. Her body was nothing short of amazing leaving us to truly believe she was the closet Catwoman depiction to the comics that anyone has ever done. 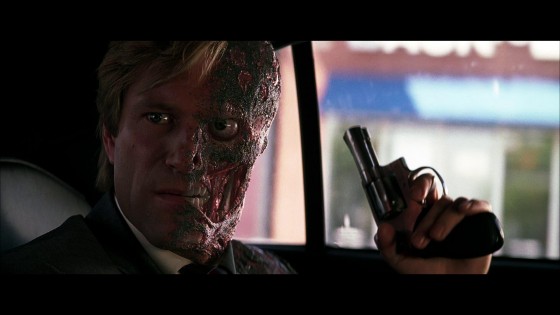 Review: Harvey Dent is the most important character in the Batman universe. Not only was he on Batman’s side, he was the opposite of corruption. Nothing stood in his way of justice. So when he lost everything and was left to make a choice, he chose to become Two-Face and destroy everything that Harvey Dent had built leading to Batman’s turn from good to dark. 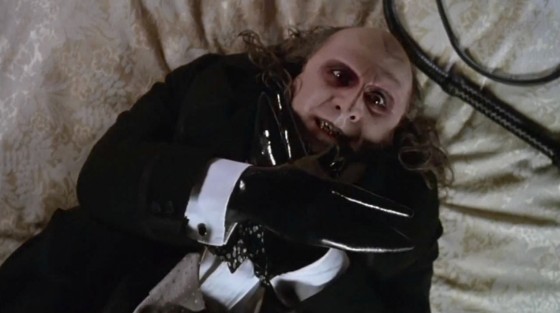 Review: Who would have thought that Danny DeVito would be the perfect choice for The Penguin? He had the look but could he play the part? Not only did he make us believe he was a penguin, he was able to make us forget it was Danny DeVito behind the make-up. 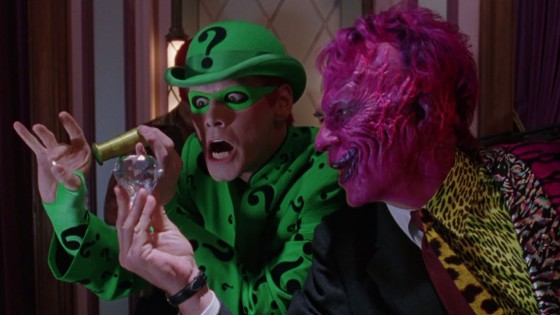 Review: The three films Jim Carrey starred in prior to Batman Forever were Ace Venture, The Mask, and Dumb & Dumber. No one expected the funny man that spoke from his butt to be anything more than a villain that would make us laugh. It was just bad timing. His dramatic side had not been shown to the world just yet and that caused many people to misinterpret is portrayal as goofy, not seriously demented and psychotic. But he was amazing and if you have a chance to watch this movie again, give him another chance. You will be amazed at just how good he was in this the third film of the series. 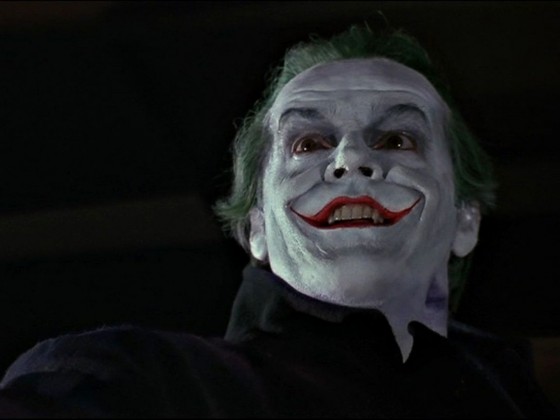 Review: Prior to The Dark Knight, Jack Nicholson was the King of the Batman movie villains. He was handed the reigns to be the first villain of the modern Batman story so he had nothing but his own creative ideas and notions to help guide him. As the first, he earned the title of being one of the greatest but he turned that role into the second best in Batman movie history. 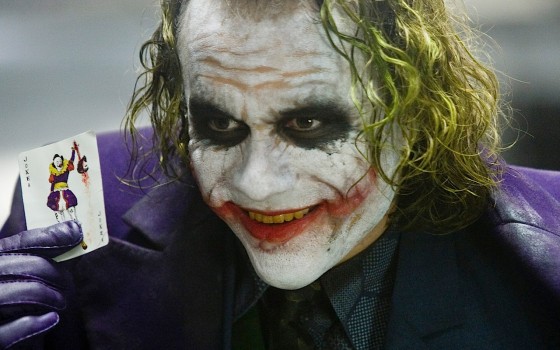 Review: Jared Leto has a chance at creating his own version of The Joker later this year when Suicide Club comes out. But until then, we have no choice but to give Heath Ledger the number one ranking. He single handidly turned around the Batman franchise, with one performance. Everything he did was interesting. He made it hard to look away when he was on screen. He was funny while still being dark and ominous. He wasn’t human, whatever he was, and he changed the way Batman movies would depict the scary clown. It ended up leading to an Academy Award for Best Supporting Actor, posthumously.