Mario first appeared in Donkey Kong back in 1981, and has been featured in over 200 different video games since. The stocky plumber is adored by most, and today, March 10th (Mar10, get it?) is actually named Mario Day in his honor. Most of the games that Mario has appeared in are familiar to everyone, especially his adventures in the Super Mario titles that hit on every system from the original NES all the way to his newest exploits on the Wii U. There are some that, while ultimately still popular in their own ways, strayed a bit from the normal side-scrolling, rock smashing familiarities we’ve come to expect. Here we take a look at a few of the games you may have missed just because they find Mario a little outside his typical element. Then, go play ’em. They’re really fun. 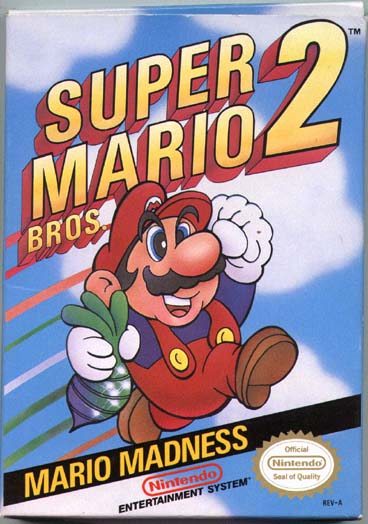 This game is Radish-al! (sorry).

Really? Sure, why not! When Super Mario 2 first hit in 1988, it was pretty well established already that Mario was a brick-bashing, turtle stomping, pipe-traveling dude. Ah, but leave it to Nintendo to completely duck the established mythos (however fresh) and make a sequel be everything the original wasn’t: the totally bizarre.

What Nintendo in Japan actually did was to redesign an already existing game called ‘Yume Kōjō: Doki Doki Panic’, add the Mario flavor, and ship it off to the states. You see, Japan already had a Super Mario sequel but it was determined to be both too similar to its predecessor and far too difficult. Hence, masked nightmare bad guys, a sexually misunderstood bird-dinosaur, the ability to lift stuff, and much more stylistic surroundings. A classic was born. 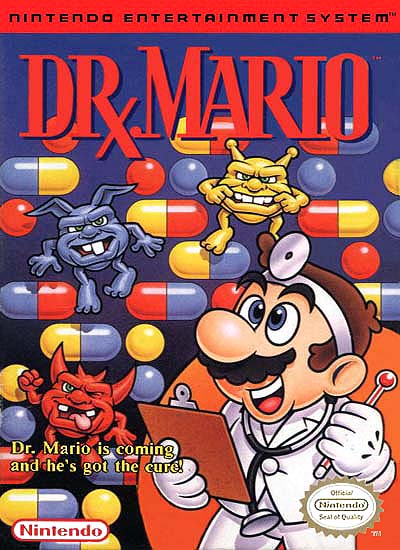 One of the original NES’s most popular titles was the little puzzle powerhouse known as Tetris. It’s safe to say that everyone reading this has likely played Tetris at least once in one form or another so we can assume you understand the basic idea behind it. Well, in 1990 Nintendo decided to combine the logistics behind the Russian thumb-breaker with their Billion-Dollar Baby, and thus Dr. Mario was born.

This would not mark the first time Mario has donned a job position other than a plumber, as he was also a brick-smasher in ‘Wrecking Crew’. Anyway, in this game, the Doc tosses pills at you into a giant flask and your job is to align them by color by rotating them. Like Tetris but surprisingly good for you.

Talk about Happy Little Clouds, am I right?

Arriving on the scene in 1992, Mario Paint was less an actual game and far more a Super Nintendo version of Paint for Windows. You could draw free-hand, color pre-made images like a coloring book, and you could use ‘stamps’ of shapes like those found throughout Mario’s various games (stars and mushrooms and the like). What this game lacked in playabilty -aside from the fly swat mini game- it made up for in originality, especially when it came to the mouse one had to use to create. It later spawned a sequel called Mario Paint: Composer where you could ‘write’ musical scores. 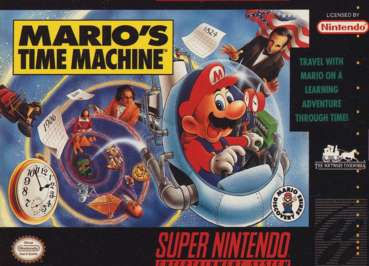 Though originally designed for the home computer, in 1993 Mario’s Time Machine found its way onto both the NES and SNES. Basically, this was a Mario version of ‘Quantum Leap’. Seriously. It seems Bowser has collected artifacts throughout time to add to his new museum… oh, did I mention he has a time machine? Yeah, he does. Mario’s job is to travel to the same locations Bowser has (presumably right while he’s doing it… Dr. Who fans know how weird time travel can be) and rescue the stolen treasures before their removal cause world-wide havoc. It was a lot more fun then I’m making it sound. 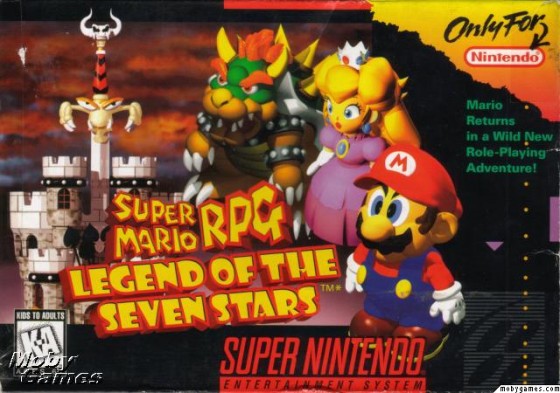 For years, no matter the title, Mario had always occupied a more or less side-scrolling and level playing surface. Okay, exceptions aside such as the Virtual Boy title… but we choose to forget that. Anyway, Mario was pretty comfortable doing his back and forth, up and down thing… until one day… It wasn’t long before the Roll Playing Game came to call. You see, titles like Final Fantasy and Chrono-Trigger were becoming super popular, and what better way to cash in on their popularity than to toss Mario and company into the fray?

Bring on Super Mario RPG in 1996, we were ready! And boy did it play like one: turn-based attack systems, wide-open surroundings, different and specially acquired powers… it was an adventure gamer’s dream and yet still fun for the Mario crowd. Such memories… 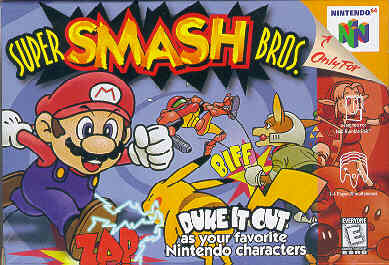 Have you always loved Mario but wished, secretly, that he could escape into other Nintendo titles and kick the crap out of characters like Kirby, Samus, Link, and Pikachu? Sure you have, who wouldn’t want to bash that Metroid chick in her smug mush? Well, fight fans, Nintendo felt your pain and thus, in 1999 released Super Smash Brothers! It was a fighting game just as much as it wasn’t. Tradition at the time was to have head-to-head on a level surface and the winner was whomever knocked out the other. Well, here, the winner has to knock his opponent off a platform. Oh yeah. And there’s a ton of different power-ups to do so. This game was a blast and spawned a few sequels as well. Seek it out. 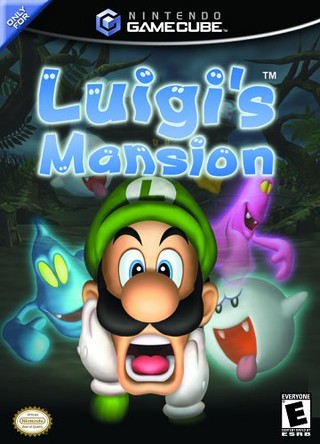 Remember when Koy and Vance showed up on The Dukes of Hazzard? Yeah, it’s kinda like that.

When is a Mario game not a Mario game? When it’s a Luigi game, that’s when! It seems the other half of the Mario family has been invited to accept the winnings of a contest he never even knew he won at a spooky mansion. Sure, why not? He calls Mario to meet him there, but Mario manages to get lost. So now it’s Luigi’s turn -armed with a Polturgust 3000 vacuüm cleaner a la Ghostbusters, invented by Elvin Gadd- to run around the creepy house dispatching spooks and attempting to find his missing brother. This game was the launch title for the new GameCube and, despite its minimal length, was a blast to play. 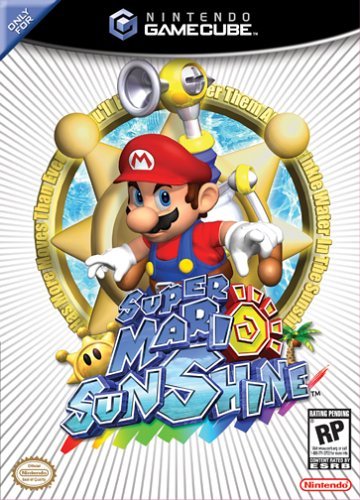 Guess who’s back? Well, besides Mario and crew. If you said inventor Professor E. Gadd (see above) you’d be right! This time around, he’s created a water cannon that Mario must use to cleanse the destruction his ‘shadow’ has caused the island of Delfino with his rash of graffiti.

It all began with the attempt at a vacation for Mario and the Princess when, suddenly, a ‘Shadow Mario’ is seen spraying toxic paint all over the place. His paint is so lethal it turns regular flora and fauna evil! So Gadd gives Mario a semi-sentient water gun and sends him on his way. Of course you have to fill the cannon a bunch lest your water supply run dry, but that’s all part of the challenge of this super fun game for the GameCube. 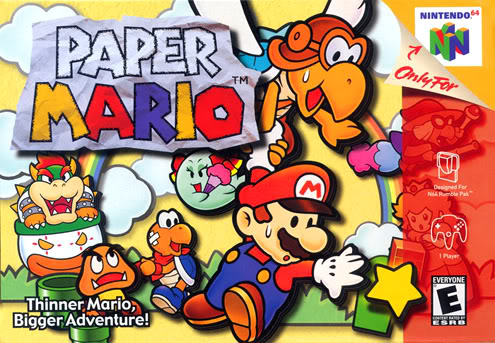 See what I did there? Star in Mario is always better than one in a bunch of different ways! Anyway, quite possible the finest example of what I’m talking about here has got to be the Paper Mario series. Arriving originally in 2000, Paper Mario combine just about every aspect of all the great Mario games before it: Roll playing, side-scrolling, smashing (albeit with a hammer rather than just your fist or skull), and, perhaps the coolest thing of all, folding the scenery and yourself to accommodate different activities! That’s right, you could fold into spaces otherwise inaccessible!

Building on this theme and making it even better, Paper Mario: The Thousand Year Door hit consoles in 2004. This game, though similar in playability, offered up new paper abilities allowing Mario to become a plane, a boat, and a tube! So cool. Then, in 2007, Super Paper Mario came out for the Wii. This one is a bit different inasmuch as most of it is in 2D, but eventually Mario gains the ability to flip the world into 3D! Fun!