The Six Finest Boxers Since 2000 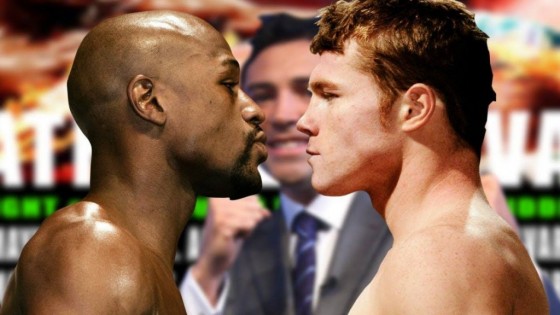 Floyd “Money” Mayweather’s record stands at 47-0 as he defends his title tonight against Manny Pacquiao. Mayweather is a fairly confident guy, and probably thinks he is the best ever. But is he even the best fighter of his generation? Taking a look at boxing since 2000, I ranked my top six globally. Will Floyd be happy with my rankings? Where do you think the Klitschko brothers will rank? These questions will be answered soon enough, my friends. 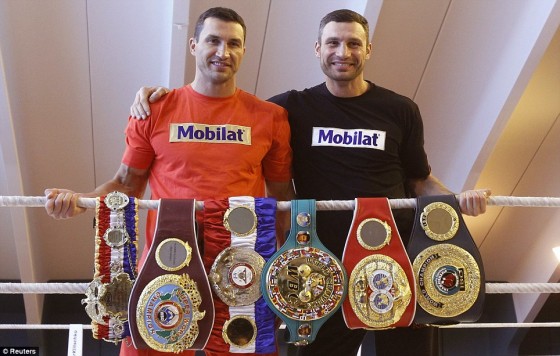 They call Boxing “The Sweet Science” and not unfairly so. Many might not know that the reference goes back to the European tradition in which “gentlemen” were schooled in the “sciences” of sword, gun, and fist-fighting. Fisticuffs, being the least lethal, was called “The Sweet Science”. Let’s not waste any more time though, let’s rank the world’s six finest boxers of the past 13 years. 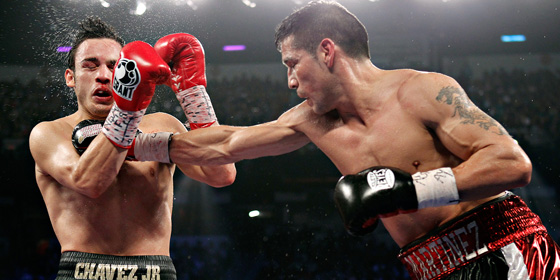 Sergio Martinez is one of the most unorthodox boxers we saw during the last few years, but his footwork, sick combinations and power are unquestionable. He has been the boss in one of the most historic divisions of the sport, the middleweight, for nearly 5 years now, after he literally schooled the middleweight champ (at the time) Kelly Pavlik.

Even though he was a little too old for the standards of the sport when he first started, he managed to become one of the most impressive and dominant champs of the past 10 years. He is the current Lineal, The Ring, and WBC middleweight champion, while he holds victories over former world champions Kelly Pavlik, Paul Williams, Sergiy Dzinziruk and Julio César Chávez, Jr.

In 2010 he received The Ring and BWAA “Fighter of the Year” and The Ring “Knockout of the Year” awards for one of the most gruesome and brutal knock outs we have seen in recent memory. 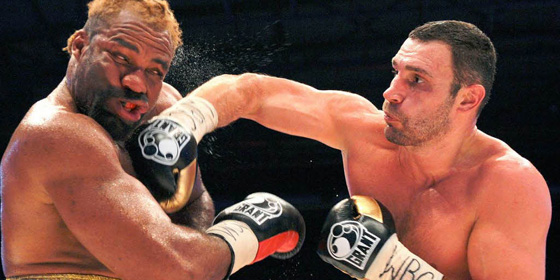 Vitali Klitschko is not your ordinary boxer or athlete. He is the leader of the political party -Ukrainian Democratic Alliance for Reform- and since December of 2012 he has been a member of the Ukrainian parliament. At the same time, he’s the reigning WBC heavyweight champion. Rare case of an athlete? That’s a safe bet.

Vitali is the first professional boxing world champion to hold a PhD degree, while during the process he broke a couple more boxing records as well. He and his brother Wladimir (that we will see later in this list) became the first brothers in nearly 130 years of Heavyweight Boxing history to hold simultaneously all the world titles in their division. Vitali is known for his raw punching power and rock solid chin. With a 87.23% knockout percentage rate, he holds the second best knockout-to-fight ratio of any champion in heavyweight boxing history, after Rocky Marciano’s 87.76%.

He has never been knocked down in any professional boxing bout and has also never lost a decision. His two losses have come via a shoulder injury during a fight and a deep cut above his eye, which were recorded as TKO losses. In both fights, however, he was leading on the scorecards. His fight with Lennox Lewis, that Klitschko clearly dominated, is an all-time classic and most fans and experts agree that Lennox Lewis retired after this fight since he knew he couldn’t beat Vitali in a rematch. At the age of 43 nowadays, it seems like Vitali has only a couple of fights left in his tank and the ending of his amazing career is closer than ever before. 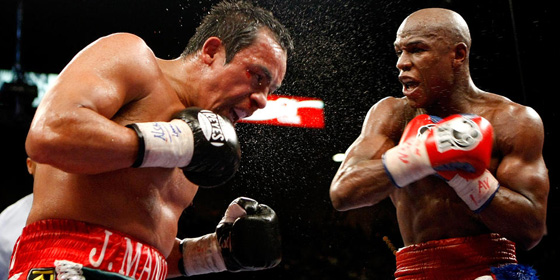 Floyd Mayweather is talented and charismatic with a unique set of boxing tools, there’s no doubt about all that. But at the same time he’s also very overrated for being the last American boxing superstar remaining. We all know that American sporting fans can’t take defeat really well and it seems like their downfalll in the sport of boxing really gets to them. Mayweather has taken full advantage of this during his career and has always played by his own rules: he fights whenever he wants, he fights whoever he wants, he ducks whoever he considers a threat and he does everything possible to keep the 0 in his record, while at the same time he makes as much money as he can.

As a businessman he gets an A plus, since very few boxers in history have been as smart and capable as Floyd Mayweather; as a boxer however, even though his potential for all time greatness was truly undeniable, it feels like he won’t ever get the respect he would probably like, simply because he declined to fight the best during his prime and spent more time causing controversy outside the ring, than handling his business inside it. Many fans will never forgive him for ducking Manny Pacquiao when they were both in their primes. 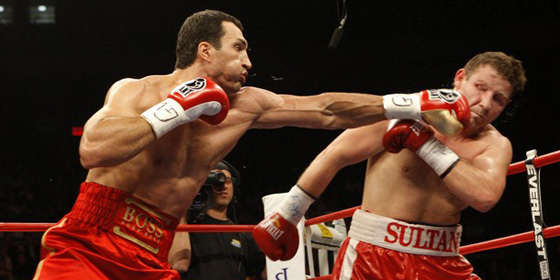 There’s not much you can say about the champ, since numbers and facts speak for themselves in his case. Wladimir Klitschko, a former gold Olympic champion for Ukraine, is the current WBA (Super), IBF, WBO, IBO and The Ring Heavyweight Champion in one of the most diverse, competitive and international (in terms of global participation) eras of professional boxing. He’s the prototype of the new era’s heavyweight champs and probably the only boxer in history who systematically fills soccer stadiums with 50 and 60 thousands of fans for his fights.

He’s nearly 6’7, about 250lbs in pure muscle, while his “deadly” jab and physical tools combined with his high intelligence, makes his opponents look like the victims of the lions inside an arena. He is the boxer who makes the sport look more like a chess game than an all out brawl that you see in other matches.

Klitschko is the longest reigning IBF, WBO & IBO Heavyweight Champion in history with the most title defenses for those organizations. Overall, he is the 2nd longest reigning Heavyweight Champion of all time with the 3rd most total title defenses at 19, just one less than Larry Holmes. At the age of 39 he looks smarter and more conditioned than ever before and it looks like he will destroy every record on his way to all time greatness before he decides to retire, probably as the reigning  champ. 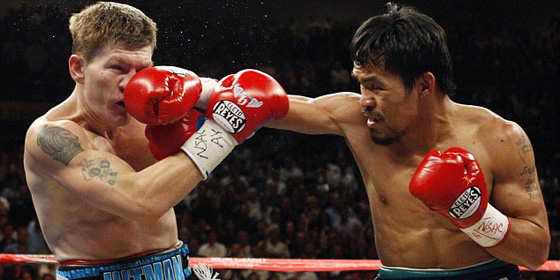 Manny Pacquiao is undoubtedly the face of the sport and probably the most popular boxer around the world since the days of Mike Tyson and Oscar De La Hoya. There have not been many boxers (if there’s any really) on the cover of Time Magazine and Manny Pacquiao is one of them. A national hero and politician in his native country, Phillipines, he is the first and only eight-division world champion in the history of the sport, a record that will be very difficult to break. Manny also became the first boxer in history to win the lineal championship in four different weight classes, as well.

Even though his boxing career seems to be more uncertain than ever before, especially after the brutal knock out loss he suffered from Juan Manuel Marquez, Manny remains one of the greatest boxers of our generation and his accolades prove that loud and clear:  “Fighter of the Decade” for the 2000s by the Boxing Writers Association of America (BWAA), World Boxing Council (WBC) and World Boxing Organization, while he was considered the best pound-for-pound boxer in the world for many years from most major sporting news and boxing websites around the world. 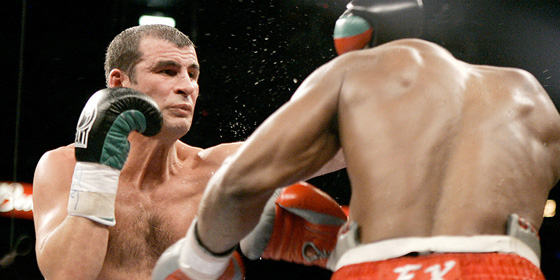 During his prime he was untouchable, which was probably the main reason why other top boxers of his time such as Bernard Hopkins, Sven Ottke, Roy Jones and James Toney clearly ducked him. However this didn’t stop him from becoming a great legend. With a perfect record 46-0, he retired undefeated joining an elite group of legends such as the great Rocky Marciano, German great Sven Ottke and Mexican perfectionist Ricardo Lopez. He was one of the very few boxers in history who held all four major belts (WBC, IBF, WBA, WBO), while he also won the The Ring Light Heavyweight Championship belt when moved up in weight to comfortably beat Bernard Hopkins in his backyard and in his own weight division.

Calzaghe also remains the longest-reigning world champion in recent years, having held the WBO Super Middleweight title for nearly eleven years and made 21 successful defenses during his legendary career. He finally retired in February 2009 with an undefeated record as we already mentioned and as a reigning World Champion.