And here you thought early morning web surfing wouldn’t pay off. Then you come across an ad for a 52-inch Samsung HDTV (Model Ln52a650) for just $9.99 on Best Buy’s website. Jackpot, right? Well, you probably figured it was a price mistake that would not be honored. And you would be right. It was supposed to be $1699.99. That doesn’t stop the stupid, however. Multiple customers showed up at the Best Buys across the country this morning after spotting the apparent mistake on the store’s website. Yes, some people are that dumb. And guess what else? They didn’t get the deal they were hoping for. Surprise, Surprise. Here’s a screenshot of the ad: 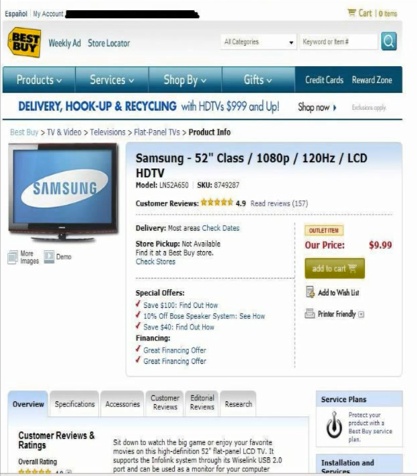 That doesn’t mean some people aren’t pissed. Just look at this guy’s website on the issue. And he bought 5 of the televisions! At least reports state that stores were offering a 20 percent discount to thos that showed up. Although, I think that was awfully nice of Best Buy to even offer them that much. People that stupid shouldn’t be rewarded with anything. Really. And if they want a $10 tv this is what Best Buy should give them: 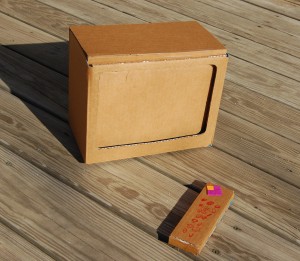 Here’s a video of the incident (kind of reminds me of this):