Best Futurama Characters to Party With 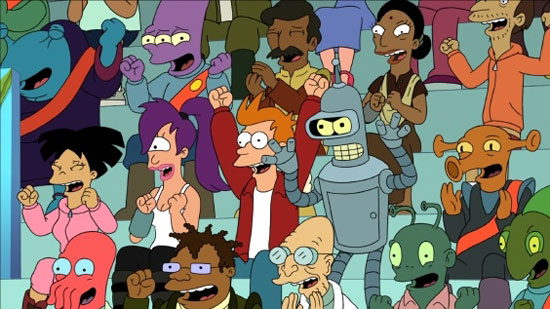 So you are a fan of Futurama and the season finale has left you bit empty. If only life were more like the fictional year 3000. They have so much fun. It would be incredible to hang out and party with those guys, right? Well, we have put our Gunaxin fungineering team to work on the what if machine to bring you some credible reports of what you could expect from a night on the town with a few of these characters. It’s so plausible we can’t believe it.

Zoidberg is constantly being handed the short end in life, but he maintains a healthy optimism. He is a glass half full kind of guy. His day can be made by a stomped-on pizza crust, so he won’t cost a lot in drinks if you end up paying (you will), plus he would be extremely grateful for the company, probably annoyingly so. Also, make sure he doesn’t become sexually aroused or he will likely disembowel you .

He loves the ladies so it could lead you to some interesting bar chicks, but unless you count the forced gang snu snu by the women of Amazonia, he has an abysmal track record with women. Odds are the night could just as likely end with you holding a sobbing fat man whilst trying to talk him out of suicide. Also, should you meet a nice girl, he will definitely cock block you . 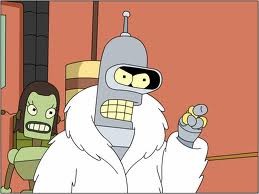 Seemingly the obvious choice, but if you really think about it, his fun always comes at someone else’s expense. He surely knows how to party, but there is a risk that when you wake up your wallet will be gone and your sexual organs sold to Hedonismbot. 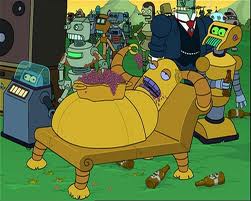 You would probably enjoy it as a few drinks loosened up your inhibitions, but unless you are Bender you probably couldn’t survive the lifetime of shame that must accompany a night of getting wrecked with Hedonismbot.

Well, you are almost guaranteed to get lucky, plus she is hot and rich. Amy also has her Doctorate now, so to hell with partying. Take this girl home to meet Mom.

As Professors Farnsworth and Wormstum can attest, Mom is… we’d rather not think about it.

A good down to earth gal for a mutant space captain. However, Leela is generally too reserved for a truly good time. Unless it’s Freedomday, you have more likely signed up for a long lecture on personal responsibility. 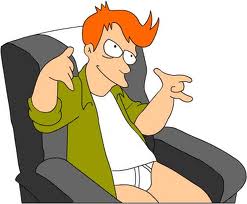 An alright fellow. Probably your best bet if your idea of a good time involves sitting on the couch watching television or playing video games. Again, be careful if he gets surly after a few. He once nearly beat Zoidberg to death with his own severed arm.

The only way too hang with this guy is with Hermes present and well supplied. You are going to see some interesting shit that’s going to warp your mind, so you may as well be high already. Unfortunately, whooping it up to Farnsworth is a cup of farina (is that the drink he likes?) and bed before 6 p.m. A good time would probably best be had by hanging with Hermes and the Professor before stepping out.