The Best NFL Players Without a Super Bowl Ring 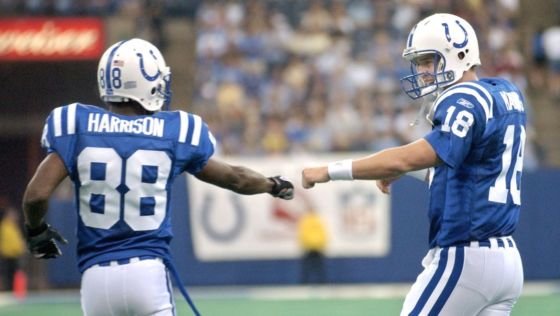 As the NFL prepares to announce the newest inductees into the Hall of Fame, we are again reminded how Championships are considered the ultimate measure of success in any sport. An athlete who fails to win the big game is undoubtedly ranked below similar athletes, even if he has better career numbers. Terrell Owens was a perfect example in 2016, being passed over for the Hall of Fame in favor of Marvin Harrison and his Super Bowl Ring. In 2017, Owens again failed to make the cut, while Super Bowl Champions like Terrell Davis and Kurt Warner were elected to the Hall of Fame. Owens finally was inducted in 2018 along with Randy Moss, who entered in his first year of eligibility (with 2 Super Bowl appearance and 0 wins). 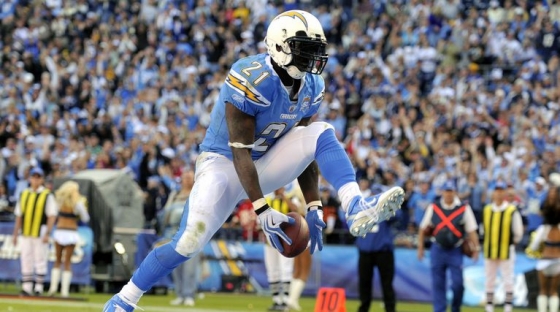 LaDainian Tomlinson was able to overcome the stigma of never winning the big game and joined a relatively short list of Hall of Fame players to never win a Super Bowl. Below we look throughout the history of the NFL to find the best player at each position without a ring. Players who played before the Super Bowl era will only be included if they never won an NFL Championship. 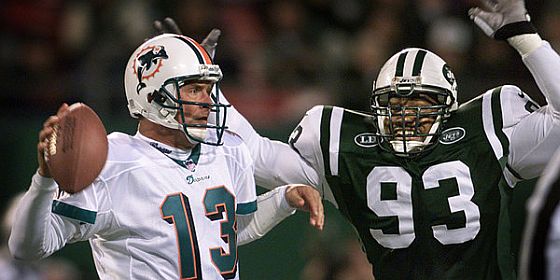 Marino has become a painful lesson for young NFL players, making the Super Bowl in his second season, then never sniffing a title again for the remainder of his 17-year career. Marino’s stats put him in elite company, and near the top of every statistical category including completions (fifth), passing yards (fifth), and passing TDs (fifth). He’s only been passed recently by the same four players in each category; Tom Brady, Drew Brees, Peyton Manning, and Brett Favre… all of whom have Super Bowl Rings. 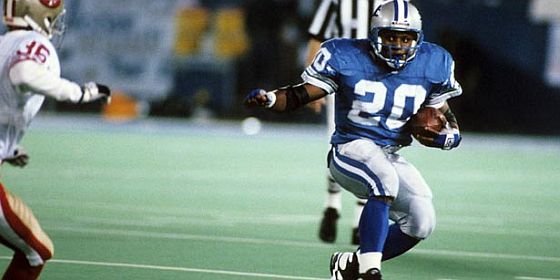 Though Sanders only played for ten years (walking away at age 30), he still ranks among the best running backs in NFL history. Mired on an awful Lions team for his entire career, Sanders won only one playoff game in his ten seasons, despite averaging nearly 100 yards a game (99.8) in over 153 game appearances. While he burned some bridges by retiring abruptly in 1999, Sanders will still be remembered as the most elusive running back in NFL history. 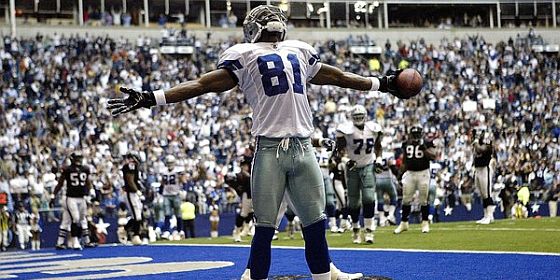 This was the hardest call on the board, as we had to pick between four Hall of Famers: Charley Taylor, Randy Moss, Tim Brown, and noted malcontent Owens. We went with Owens, as his unique blend of speed and physicality made him one of the most talented players to ever step on a football field. To the detriment of his career, Owens couldn’t keep his mouth shut long enough to latch on to a winner, forcing his way out of Philly after his lone Super Bowl appearance. 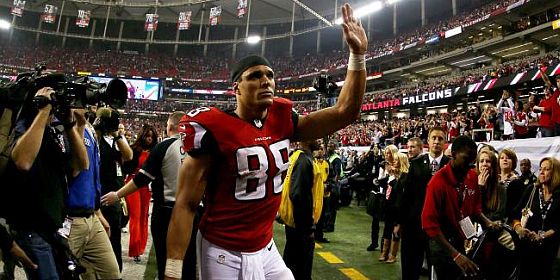 Gonzalez trails only Jerry Rice and Larry Fitzgerald in receptions in NFL history, is sixth all time in receiving yards, and has over 2000 more yards than the next closest TE (Jason Witten). It was Gonzalez and Shannon Sharpe who opened the door for the new style of tight ends as down field threats. He held onto his career for as long as he could, but ultimately was never able to win the Super Bowl. 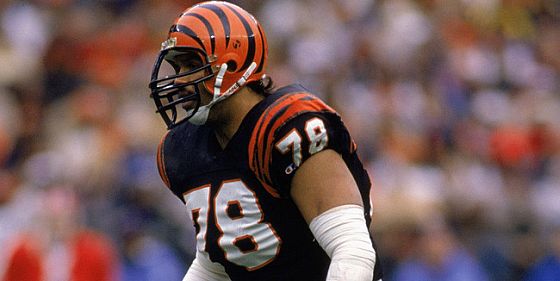 There aren’t any convenient stats to illustrate how great Munoz was as a left tackle on the Bengals teams of the 1980s. It is left to his contemporaries to measure the impact he had on the game, and they honored him with 11 Pro Bowl and 9 All-Pro appearances. It’s the All-Pro list that truly shows how dominant Munoz was, as he made the first-team every year from 1981-1990, except 1984. 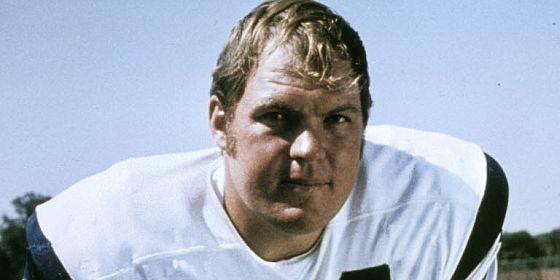 Olsen’s career, along with teammates Deacon Jones and Jack Youngblood, came during the Rams nearly fifty-year title drought. From 1962 to 1976 Olsen was the best defensive lineman in football, making the Pro Bowl in all but his final season. His stout run defense led the Rams to multiple division titles and earned him the 1974 Bert Bell Player of the Year award. 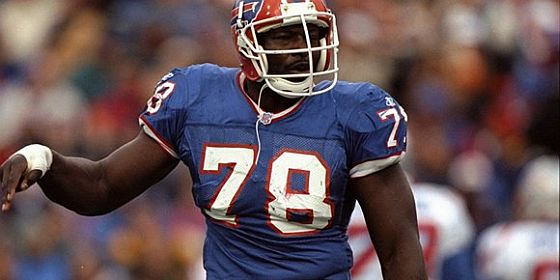 The defensive end position was, by far, the deepest pool on the board. Notable players include the aforementioned Jones and Youngblood, Carl Eller and the recently retired Jason Taylor, but Smith stands above the pack. Though he had plenty of chances to take home a title, Smith’s Bills teams fell short in four straight attempts. He took home AP Defensive Player of the Year honors twice (in 1990 and 1996) and collected a record 200 sacks before he retired. 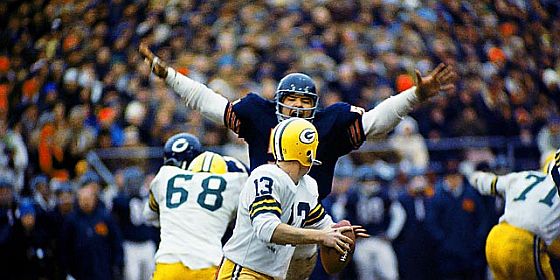 Eight Pro Bowls, five first-team All-Pros and one of the best names in NFL history earned Butkus a spot on our list. Butkus ranks with the retiring Ray Lewis as the best linebacker of all time, but never even made the playoffs in his decade plus career. He  made his living bringing down ball carriers, but wasn’t just a ferocious tackling machine in the middle. He was also an innovator, often changing games by ripping the ball out of the grasp of runners he was taking down. 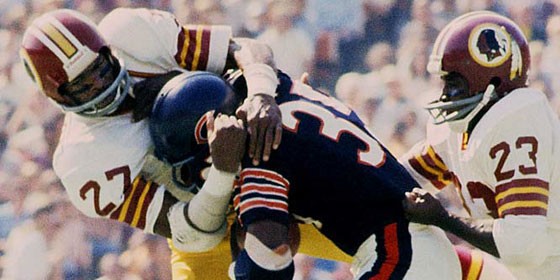 Ken Houston made the Pro-Bowl in 12 of his 14 seasons, only failing to make the squad in his rookie season, and final season. In his 196 games player, the Hall of Famer had 49 interceptions, 21 fumbles recovered, and scored 12 touchdowns. He only ever appeared in five playoff games for Houston and Washington, and his teams lost all five. 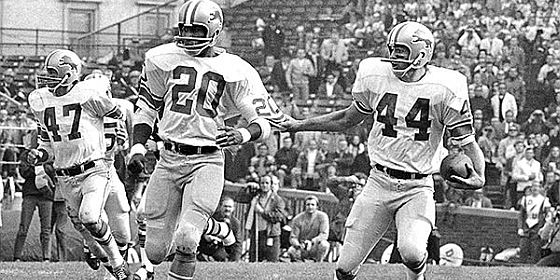 With all the Lions on this list, it’s incredible that the franchise has had such little success on the field. None of those failures can be blamed on Barney, however, as the Hall of Famer picked off 56 passes in his time in the Motor City. He was also a return threat and was even the team’s punter in 1967 and 1969. 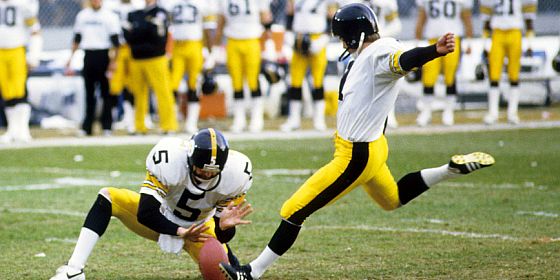 Anderson bounced around on five teams over his 22 NFL seasons, but never came close to a Super Bowl ring. He joined the Steelers just as the 1970s era dynasty team was falling apart, and saw thirteen playoff teams end their seasons with a loss. Anderson ranks third all-time in points scored, fourth in extra points made and third in field goals made.