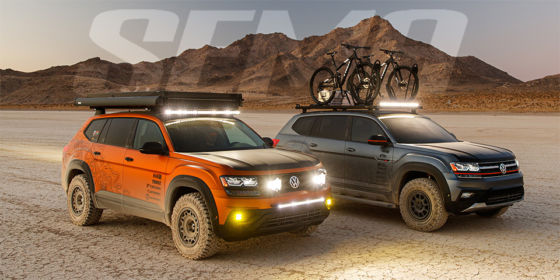 The SEMA (Specialty Equipment Market Association) Show is the premier automotive specialty products trade event in the world. It draws the industry’s brightest minds and hottest products to the Las Vegas Convention Center. While there are thousands of amazing vehicles on site for the show, we try to concentrate on the builds that are brought to the show by the auto manufacturers, where they’ve taken current models and shown what is possible with the right amount of creativity, aftermarket parts, and budget. 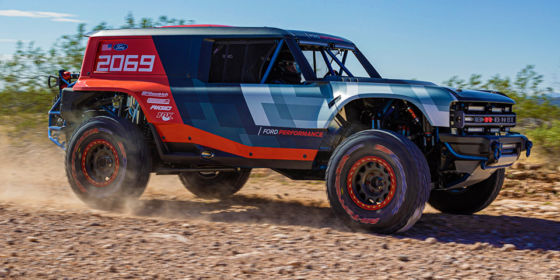 This year we’ve compiled a collection of our favorite off-road vehicles from the show. There were plenty of amazing on-road vehicles on display too, but the rugged off-road / overland segment is red-hot and is closer to our heart. The Ford Bronco R Race Prototype above is so awesome, that we’ve already given it a dedicated feature, but check out the rest of our favorites below. 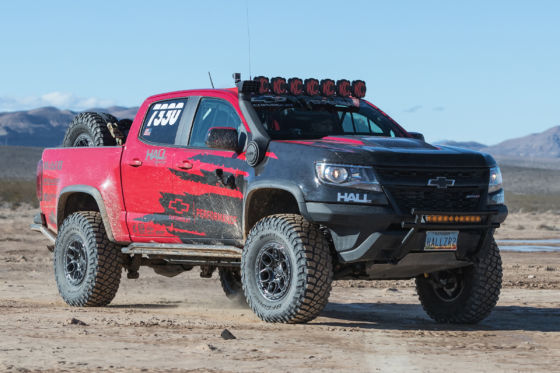 The Hall Racing Chevrolet Performance ZR2 opened its third year racing in the Best In the Desert Series in August. When the program started in 2017, the ZR2 was modified with a prototype suspension and driveline parts that were developed over 10,000 combined racing and development miles. From that grueling testing 15 factory race components are now available to Colorado ZR2 customers from Chevrolet Performance. 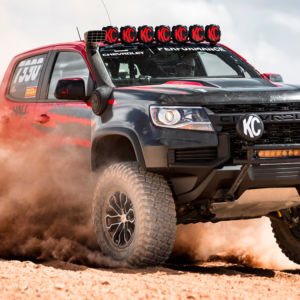 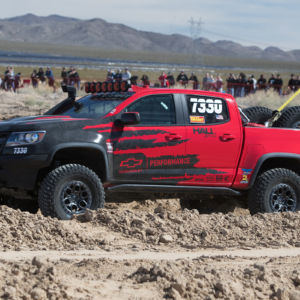 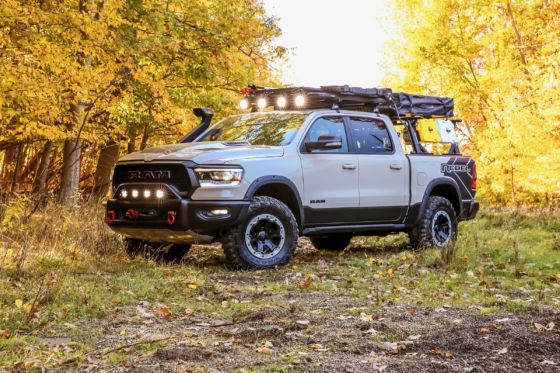 “Unlike traditional ‘four-wheeling,’ in overlanding the journey is the final objective. The goal is to explore rather than conquer obstacles,” said Joe Dehner, Head of Ram Truck and Mopar Design. “This is why we developed this concept, to allow vehicle-supported, self-reliant adventure travel, typically exploring remote locations and interacting with other cultures. This is the vehicle that I’d like to have whenever I choose to go ‘off the grid.’” 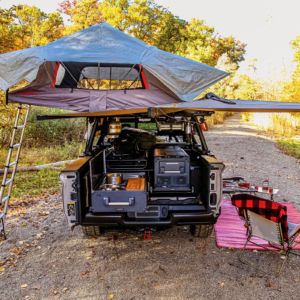 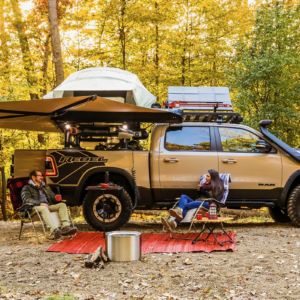 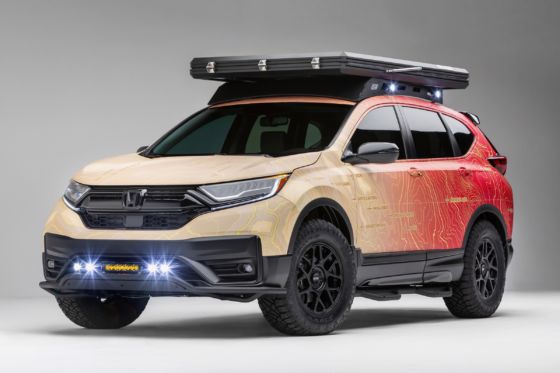 This gas-engine 2020 CR-V “Dream” build was designed for the “overlander” type – someone who wants to venture past the trailhead and explore the outdoors with a vehicle equipped with the gear to support self-reliant adventure travel. Modifications to the CR-V for overlanding include a 1.5-inch lift kit, side steps, front bumper, rear tire gate, and Plateau modular roof rack from Jsport, 17-inch KMC off-road wheels with Nitto Ridge Grappler all-terrain tires, and a Roofnest Falcon clamshell-style rooftop tent. The cargo area has been upfitted with an organization cabinet and a slide-out refrigerator. 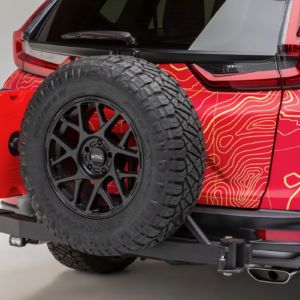 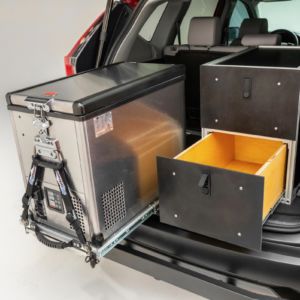 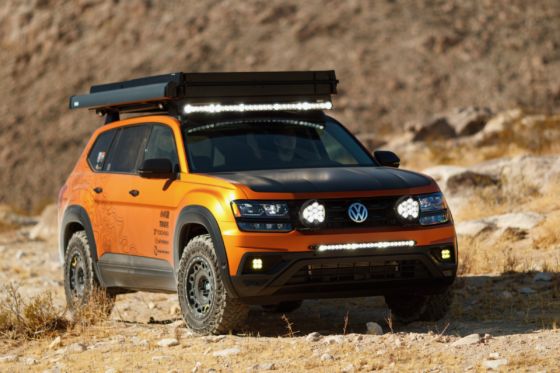 Created by Volkswagen Innovation and Engineering Center California, the Atlas Adventure Concept delivers a fresh take on overland themed tuning to the brand’s first midsize SUV. Lifted via H&R Adventure Line raising coil over suspension components, the build’s beefy Yokohama brand tires are accented by Air Design USA fender flares. An onboard Dji Mavic drone with exterior mounted REVL action video camera system will automatically capture, edit and store the vehicle’s journey to share with others. A custom wrap with Elevation Graphics and Baja Designs lighting equipment add to the off-road theme, while an Overland Equipment fold-over rooftop tent and Thule awning system allow the concept to be at home, virtually anywhere it treks to. Protective interior add-ons are provided by Volkswagen Accessories. 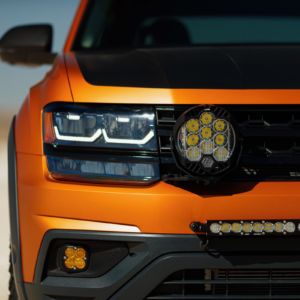 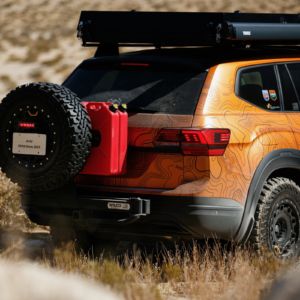 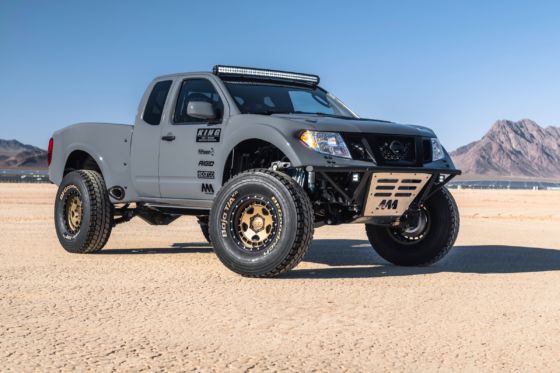 The name “Desert Runner” is familiar to fans of Nissan’s popular mid-size pickup, the Frontier. As one of five available Frontier models, Desert Runner offers a special package of off-road style features in an affordable 4×2 configuration. But there has never been a Frontier Desert Runner like the one making its debut at the 2019 SEMA Show. Under the hands of the experienced extreme performance specialists at MA Motorsports in Glen Arm, Md., working in tandem with the Nissan Motorsports team, this Desert Runner resembles the factory version in name only – going from weekend adventurer to near full-blown race truck. 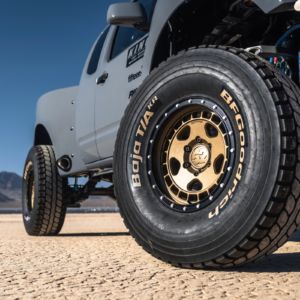 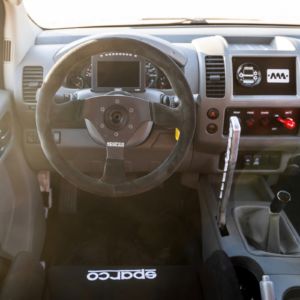 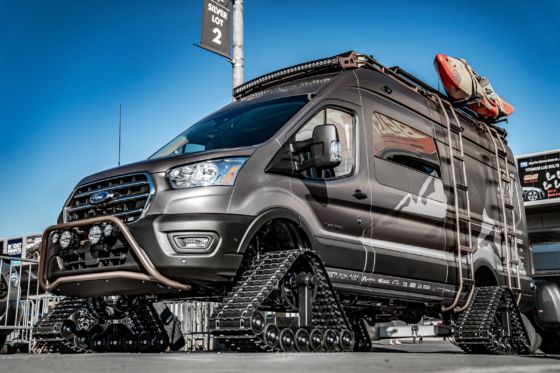 Competitive off-road racing prodigy Christopher Polvoorde has put together an all-wheel-drive Ford Transit cargo van to keep up with his extreme adventure lifestyle.This go-anywhere Transit is the first to feature tracks in place of wheels truly allowing it to find the most remote locales. Part motorhome, part garage, part hangout, this 2020 Polvoorde Racing/Outside Van Ford Transit can take you off the grid while providing all of the amenities for on-grid living. The adventure build features living accommodations for four up front, with customizations for water, heat, air conditioning and solar power. 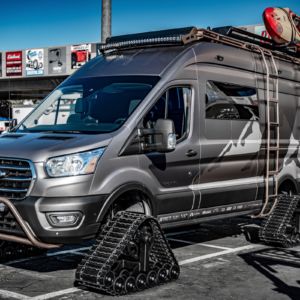 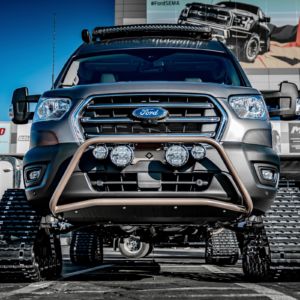 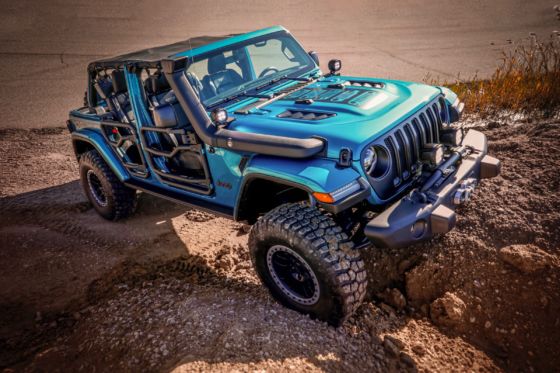 The Mopar brand continues to expand the portfolio of more than 200 accessories for the Jeep® Wrangler with the display of a Jeep Wrangler Rubicon accessorized with concept tube door mirrors and door skins. The vehicle also features a one-piece stamped steel front bumper with integrated fog lamps, tow hooks on the top and “D-ring” attachments at the bottom. The bumper is a Mopar production part and currently available to consumers. The vehicle is also equipped with a two-inch lift kit, Mopar cold-air intake and Mopar Warn winch kit to showcase some of the customization options that are only possible in the Jeep Wrangler. 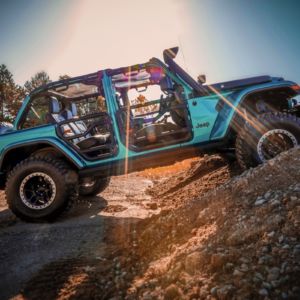 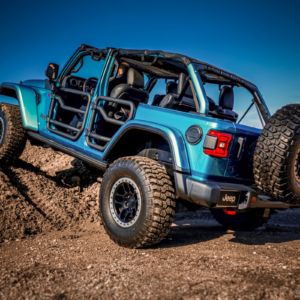