Media > Television > The Best of Parks and Recreation’s Jean-Ralphio

The Best of Parks and Recreation’s Jean-Ralphio 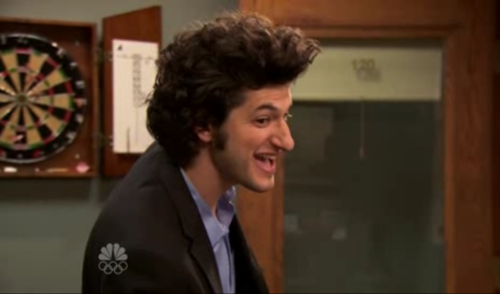 NBC’s Parks and Recreation has quickly become not only the funniest show on NBC’s Thursday night lineup, but one of the best shows on the dial period. Anchored by star Amy Poehler (Leslie Knope) and rising stars Aziz Ansari (Tom Haverford) and Nick Offerman (Ron Swanson), hilarity can be found through each and every regular character in each and every episode.

However, it’s through some of the minor characters that the biggest laughs can be found. Cue Ben Schwartz and his outrageous character Jean-Ralphio. The story goes that Jean-Ralphio was created specifically for Ben Schwartz because the producers liked him so much and wanted to get him involved.

Tom Haverford’s best friend, Jean-Ralphio, believes he’s a big player in the city of Pawnee, but is mostly thought of as a joke by everyone except for Tom. We could write about him more, but we’ll let you sit back and enjoy some of his best moments.

**If you only have time for one video make sure it’s the full compilation found at the bottom of this list.**

The Best of Jean-Ralphio

This montage includes a couple of the above videos, but also some of Ralphio’s best moments that can’t be found anywhere else on YouTube.