Sports > Football > The Best Part of the Pro Bowl

The Best Part of the Pro Bowl 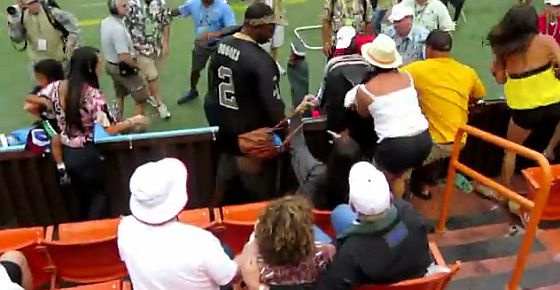 The NFL Pro Bowl is usually a pretty boring affair, with minimal defense, missing stars and a disinterested crowd. This year was no different, except for the a little extra action in the stands. At one point during the game a massive fan brawl spilled over on to the sidelines, and managed to capture the attention of the players and coaching staffs.

There is a lot to love about this fight, starting with the young lady in the yellow top winging a beer at the melee and dousing a cop on the field. That was followed by her friend in the windbreaker barreling down the stairs and taking out two or three combatants, along with the brunette that had been with him earlier. Meanwhile the Bears fan gets knocked clear out of the stands, and is held back by two chubby guys in Hawaiian shirts. 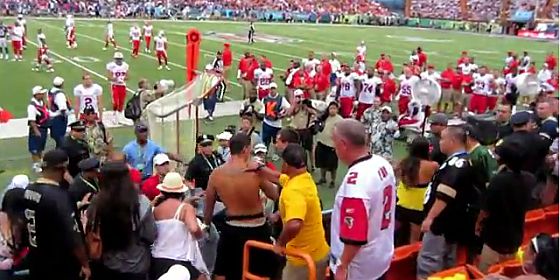 Our clear favorite fighter though is a tossup between the guy, who, for no apparent reason, strips off his shirt to reveal that he is wearing a fanny pack and the old white folks in the second row who start holding hands out of fear.

You can’t blame us for paying attention to the fight instead of the game, by the way, as the players are doing the same thing.