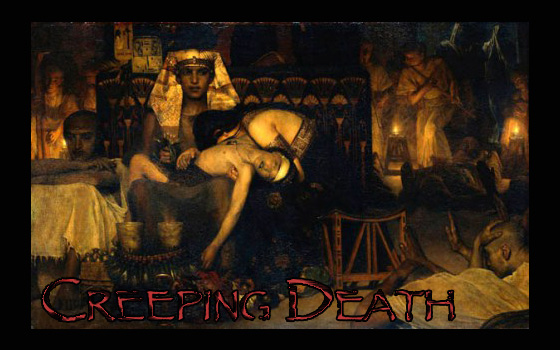 Passover Seders feature many great, catchy songs, such as “Dayenu, Ma Nishtanah” (the four questions), “Adir Hu,” “Eliyahu HaNavi,” and my personal favorite “Chad Gadya,” which I demand to sing solo. There are also children’s songs, such as the “Frog Song,” “Let My People Go” and others.

But there aren’t any “cool” modern songs at the Seder; just the same stuff we’ve been singing for thousands of years. So for Passover this year, I urge everyone to play the most hard-rockin’ (and smartly-written) song about this event: Metallica‘s “Creeping Death.”

Inspired by the movie The Ten Commandments, Metallica sings “Creeping Death” on the 1984 album Ride the Lightning. Written from the perspective of the Angel of Death, the lyrics mention each plague until the “creeping death” comes to kill the Egyptian firstborn sons. 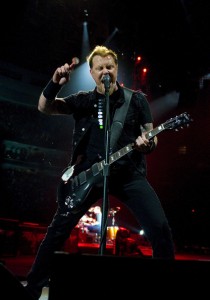 Slaves! Hebrews born to serve, to the pharaoh
Heed! To his every word, live in fear
Faith! Of the unknown one, the deliverer
Wait! Something must be done, four hundred years

Now! Let my people go, land of Goshen
Go! I will be with thee, bush of fire
Blood! Running red and strong down the Nile
Plague! Darkness three days long, hail to fire

I! Rule the midnight air, the destroyer
Hark! I shall soon be there, deadly mass
I! Creep the steps and floor, final darkness
Blood! Lambs blood painted door, I shall pass

And now, the song: