Media > Television > Best TV Images From the Week That Was

Best TV Images From the Week That Was 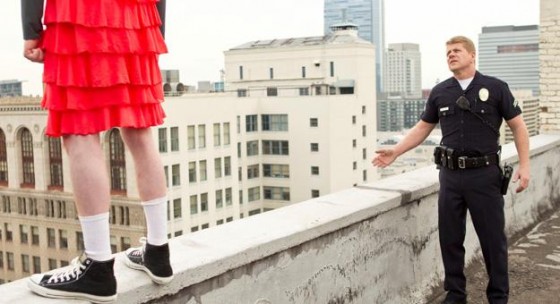 I’m a huge fan of quality cinematography. At one point in my life, I would see a movie based solely on who shot it. Even if it sucked, the delicate dance between shadow and light usually made up for any plot deficiencies or acting pratfalls. Thanks to a series of technological advancements and a concerted effort to enhance the overall look, television photography has improved by leaps and bounds in recent years. Whether employing film or digital cameras, the results are quite impressive. So I figured it high time to throw some love to the small screen shows that do it right. Here are the best TV images of the week (at least from the stuff I watch).

Season 3 of Justified is setting up to be the best so far. Boyd Crowder's just one of four villains vying for power and money in Harlan County. Stuck in the middle as always is Marshal Raylan Givens, who found himself in a dire situation in this week's installment. The God's Eye View shot perfectly encapsulates Raylan's latest brush with death.

HBO's newest foray into a seedy underbelly rarely seen by the average Joe and Jane is set in the duplicitous world of horse racing, where everyone from the low-rent degenerate to the high-rolling powerbroker is searching for an angle. Luck has just started to peel back the infinite layers of corruption, but the results have been compelling. This close-up of a horse's eye right before it bolts from the gate is absolutely striking. 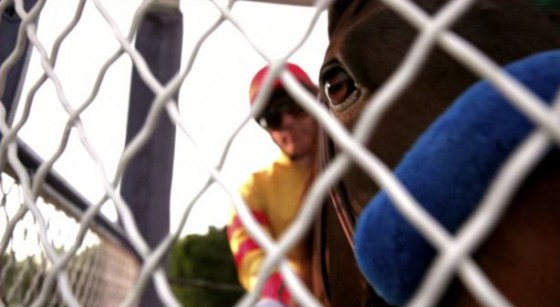 ABC's newest romp in the jungle is uneven, but the frenetic documentary shooting style meshes nicely with the creepy subject matter. Despite venturing into Blair Witch territory a bit too often for my liking, there's enough drama to sustain a couple of seasons of spooks and scares, if the ratings improve. In "Los Ciegos," a bout of blindness left all but claustrophobic cameraman A.J. without sight, and as luck would have it, the cure could be found down in a hole. A.J.'s decent into darkness was the highlight of the episode. 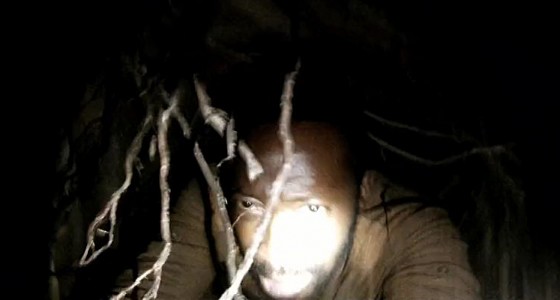 Southland is hands down the best police drama on television. If any show was perfectly suited for the Steadicam treatment, it's this one. Watching beat cops and homicide detectives navigate the danger-filled streets of Los Angeles is captivating every single week. In "Legacy," officer John Cooper (played by the excellent Michael Cudlitz) must use his 22 years of experience to prevent a troubled teen from leaping to his death with the LA skyline looming ominously in the background. 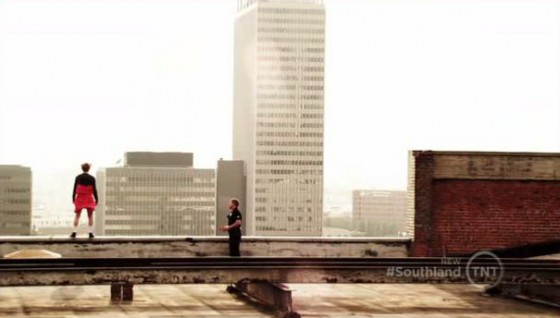 You don't have to be 17 to relate to Britain's profound peek into the lives of today's youth. Skins deftly utilizes cinematic techniques to unfold its no holds barred storytelling, and the unique method of focusing on one character per episode allows for detailed explorations into a collection of disparate personalities. In the fourth chapter of series 6, the engaging Franky descends into a sex and violence fueled rampage in the wake of her friend's death. This shot of her enjoying a moment of bliss before falling victim to an all-consuming rage is beautifully poignant. 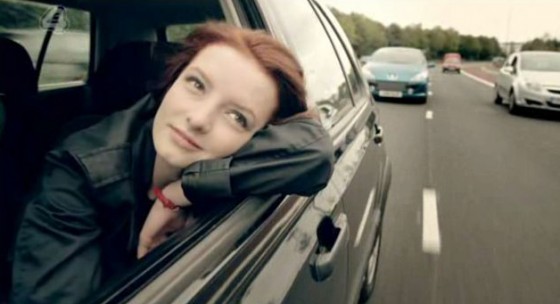 Shameless: “Can I Have a Mother”

The balance between ribald humor and serious drama doesn't always hit the mark, but even when Shameless falters, it still manages to yield memorable scenes, Of all the storylines being juggled in season 2, Lip's lovelorn downward spiral has been the most interesting to witness. All the intelligence and resourcefulness in the world can't heal a broken heart. Watching him drown his sorrows in weed and self-pity framed against the setting sun is a lasting image. 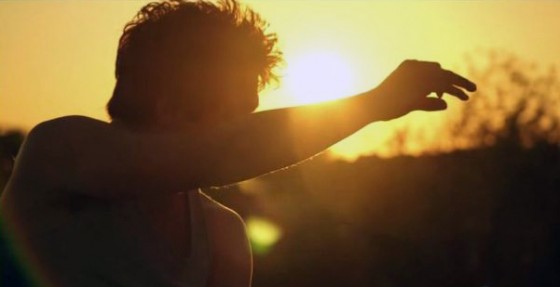 The second half of The Walking Dead's second season got off to a rousing start last Sunday night. Hopefully, the writing will continue its forward progression and move off the farm soon. This series has problems, but cinematography isn't one of them. The visuals are some of the small screen's finest, especially when it comes to vanquishing a flesh-starved zombie. Andrea's home run swing put Hershel's walker wife down for the count for good. 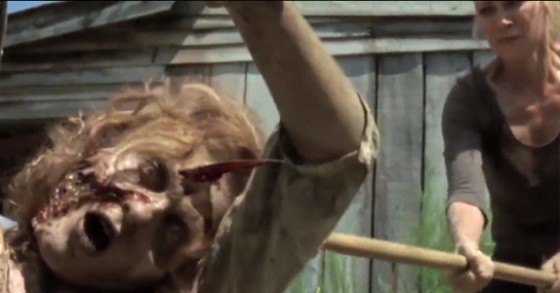