Gadgets > Toys > Best and Worst of the Battle Beasts

Best and Worst of the Battle Beasts

Think back for a minute… back to the mid-eighties when all the coolest toys inundated the shelves. Everything from the awesome G.I. Joe’s to Transformer G.1’s to Jack’s Pacific Wrestlers to Pink M.U.S.C.L.E. men; the toys that defined a generation and fulfilled childhood for people who are now, well, roughly my age: 35. Those toys were amazing and anyone worth his or her childhood salt had as many as they could conceivably get their grubby mitts on. Yet, there was one toy that snuck in just slightly under the radar; one toy that, despite its diminutive size (or perhaps because of it) was well worth it’s only slight playability. Why? Because it was much like playing Rock/Paper/Scissors with animals and elements.

I speak, of course, of the Battle Beasts. For those uninitiated, Battle Beasts were a cadre of animal warriors imbued with the powers of either water, fire, or wood (earth). It wasn’t so much the elemental insignia themselves (though they were awesome and used the same technology as the Transformer stickers that appeared with a heated touch) but the variety and differentiation of the animals used. The myriad choices were staggering and just about every possible type of creature was created in Battle armor. Ah, but as cool as some were (bats, spiders) there were equally lame choices as well (rooster?). So, here we have a batch of 18 from the original run of 112 that I’ve chosen as either excellent or downright lousy. Battle on!

The Groovy Blitzkrieg Bat and the Silly Frenzied Flamingo 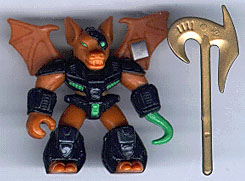 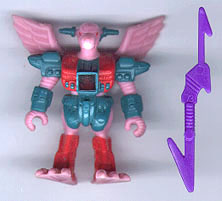 Think of the coolest little mammal around. One that often strikes fear into anyone who gets near it. One who inspired one of comic-dom’s most loved icons. No, dumb ass, the BAT! Imagine that bat fitted with armor and a weapon, slightly bigger for the sake of argument, and you’ve got one brutal fighting creature. Now picture a flamingo. The sissified pink bitch that hangs out on one leg all day looking like a pussy. Now fit that mess with armor and a weapon and you’ve got an overachieving wuss. Not cool. Bat wins, hands… well, wings, down.

The Killer Deer Stalker and the walking hamburger Bodacious Bovine 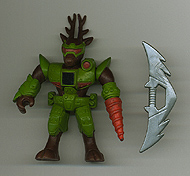 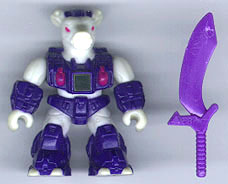 Ever try hunting a deer? Sure, for the most part it’s like shooting the proverbial fish in a barrel, but they can be tricky, angry, and completely unpredictable. They have huge racks of antlers each poised to skewer your heart like shishkebob and hooves to bash your skull in like a light bulb. Cows. Cows are basically mooing chewing machines who do little more than fart and eat. Guess which one would be far better as a warrior?

A Tough One: Cutthroat Cuttlefish and Octillian Octopus 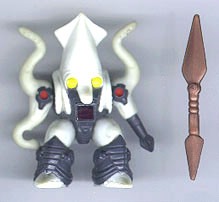 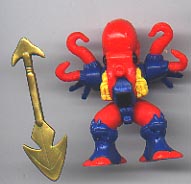 This one had to be decided more on the looks of the toys than anything else. Sure, in real life must octopi could likely kill and eat most cuttlefish, but we’re talking fully armored Battle Beasts here, and you have to admit that the smaller, eight-armed sea critter takes the taco here. I mean the Cuttlefish has a damn refurbished harpoon for an arm! That’s friggin’ sweet! 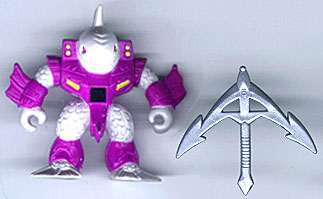 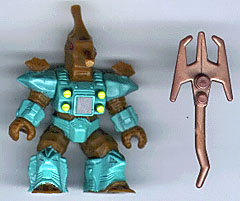 Again, this one’s a little difficult to justify. Here we have two aquatic animals who, for all intents and purposes, share only their love for water. Carp tend to be more brackish or fresh water, and sea horses are marine, so where do we draw the comparisons? Obvious. Carp can grow huge (see: Koi) and are voracious eaters. Sea horses, on the other hand, prefer to hide and be all tiny and useless. Also the dad carries the babies. Not cool. Carp wins.

The murderous Crooked Crow and the stupid Rowdy Rooster 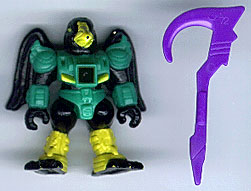 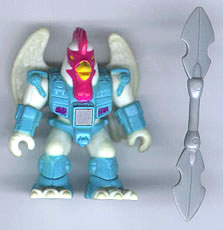 Needless to say, this one was far easier. Arm a crow, one of the most notoriously wicked birds, with full battle gear and toss him up against a male chicken and there’s gonna be a bucket-load of bloody cock all over the place. Arm a rooster, on the other hand, and all you have is a clucking moron. Advantage: Crow. 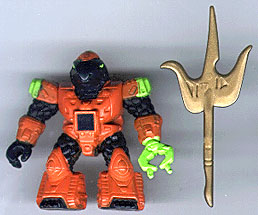 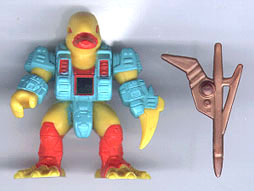 This battle seems almost too close to call, as well. A tortoise is generally about as threatening as a slow-moving helmet, and a duck really has no defense other than to be really irritating and maybe flap its wings. But, the major winning issue is the very thing that makes the tortoise kind of ridiculous: its carapace. Arm that guy up with weapons and even more shielding… yeah, it’s time for a duck lunch.

The Leapin’ Lizard and the Tangolin’ (seriously) Pangolin 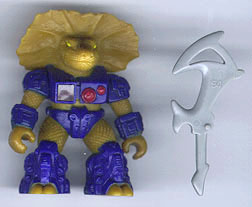 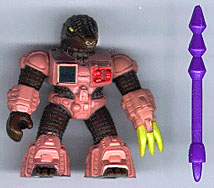 First of all, let’s discuss what a pangolin is. Basically, they’re scaly ant eaters who are roughly the same speed as sloths. That is to say, slow. And since we’re dealing with a nondescript lizard here, let’s just go with something really cool and deadly like a monitor what with its poison saliva and razor-sharp claws. See where this is headed? The lizard wins, son.

The blind Miner Mole vs. the retched Pew-Trid Skunk 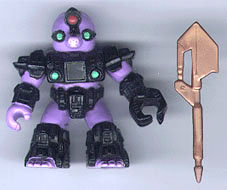 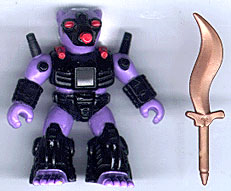 Here we have a case of annoyance, for the most part. A mole destroys yards searching for worms and sets up tunnels the lengths of which can stretch for miles. The skunk, generally docile, will hose your face with nasty gas that takes acts of specialized baths to remove were you to piss it off. So, again, we go with the cooler looking armor in Battle Beast form Yeah, that’s pretty similar, too. I’m going with the mole. He has a claw. I’d bet he’d hide better, too.

Webslinging Spider against the Tarsier Tyrant 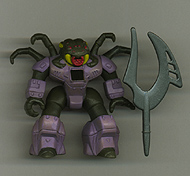 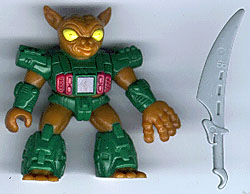 The last battle was a complete toss-up since neither of these animals are even remotely related to each other. You’d have a better chance deciding a battle between a strawberry and a pumpkin. So, it boils down to two things: the spider could be as deadly as a recluse or widow, so it’s got that going for it, but the tarsier eats bugs and, likely, spiders. Hmm. Okay, the second factor is the coolness of the armor. I think we all know the spider will kill.