I don’t often do tributes or write-ups about bands. No real reason, I just don’t find it necessary since most get enough over-exposure and air play from innumerable sources on and off the net. In fact lately, if you don’t know who a recent band or music performer is from the past few years, you’re obviously living under a rock on Easter Island. However, there are those bands and musicians who have, for the most part, remained forever clinging to the tenuous power of obscurity. Now, I’m not for one minute insinuating that a band like Ween is mired in lackluster recognition. But I think it’s safe to say if you were to ask ten random people which of the following bands that released their first major label album in 1989 out of either The Dixie Chicks, Marilyn Manson, Wilson Phillips, and Ween, I’d bet Ween would illicit laughter and a questioning glance as to whether or not you were making the name up. And therein lies the problem. 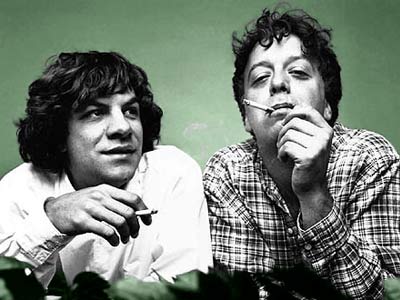 Bands like Ween are all over the place, suffering the tides of fickle music lovers who refuse to branch out even a little from their own little comfort zones. I say this with a cock-eyed glance to my own writing since there are really no bands quite like Ween. So what makes Ween such a treat? Well, despite the fact that one could easily categorize them as Rock-N-Roll, I guess, that’s about it. Their genre-non-specific music style is so rich and diverse that to shoehorn them into a brand or type would be doing them a grave disservice. Ween is Ween: incredibly talented, amazing, amusing… and that’s really all there is to it. So, before I drop a few awesome videos on you, if you’d like to learn more about Ween (and damn it, who wouldn’t?), drop by here and get your learn on: Ween on Wiki. 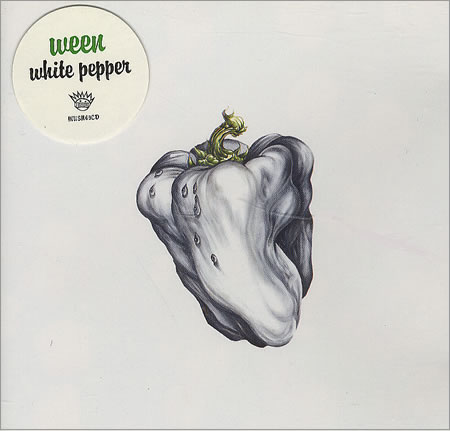 One of Ween’s crowning musical achievements is and was 2000’s White Pepper. The album is an amalgam of musical styles that literally run the gamut with each song. One sounds like Pink Floyd (“Back to Basom”), one feels a little Jethro Tull (“Flutes of the Chi”), one gives you a Steely Dan vibe (“Pandy Fackler”), and even a grindy, grungy, hardcore rocker with some of the most profound, albeit silly, lyrics yet (“The Grobe”). Now there really is no good reason not to go out and explore the vast and expansive Ween library. White Pepper just happens to be my favorite, so I’ll drop a few live performances of those tunes first. Enjoy!

And now here are a few classic bits from the Ween archives, including a cover of a Zeppelin song that will blow your fuckin’ mind.

And, of course, where many of us — sadly — remember the one and only time we heard of Ween…