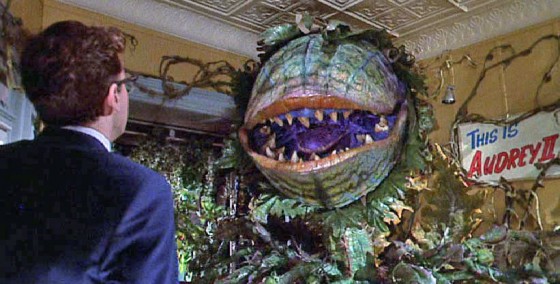 In honor of World Vegetarian Day, maybe we should stop looking at Vegetarians as… well… dirty hippies. There is a slight chance that they are actually helping to nip in the bud attempts by plants and vegetables to secretly rule the world. Without their efforts, the vegetable and plant populations might not only go out of control, they might become dangerous. Fantasy and Science Fiction has already considered the horrific possibilities. So like Audrey saying ‘Feed me, Seymour’ make sure and eat your vegetables today… or one day we might have to face Rise of the Planet of the Grapes.

Attack of the Killer Tomatoes 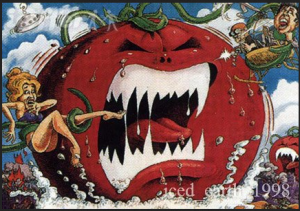 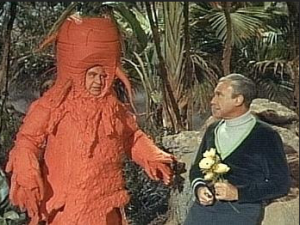 When Johnathan Harris (  who played Dr. Zachary Smith ) was interviewed for the TV special The Fantasy Worlds of Irwin Allen, he made a point to mention the Lost In Space episode The Great Vegetable Rebellion. Harris made a point to mention that they were dealing with "one of the better writers." Harris confronted the writer who had to admit "I did not have another idea in my head." Thus, the Space Family Robinson became embroiled in bad science fiction so legendary, it now has a cult following. The Great Vegetable Rebellion features a plot by an evil carrot named Tybo. Tybo wants to turn the Space Family Robinson into vegetables. Seriously, that is the plot. The only vegetables that this movie managed to create was the sci-fi fans watching it in the late 1960s. This is on the level of  "You just have to watch this once in your life time to complete... life."

The Powerpuff Girls “Beat Your Greens” 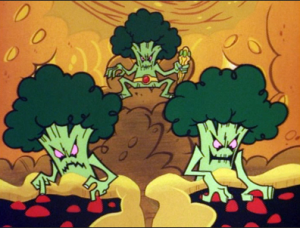 Beat Your  Greens is actually one of the most beloved Powerpuff Girls episodes of all time. We're not entirely sure what that says about...well... anyone. The message of the episode is that refusal to eat all of your food can lead to disaster results. The evil alien  Broccoli attack is only successfully turned away when all of the little tykes of Townsville eat the sentient Broccoli invaders. Seriously. This was fan voted the number one Powerpuff Girl episode of all time. The Broccoli Aliens? They were even made into toys. The toys of course tasted terrible. 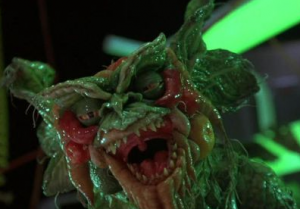 Just when you thought it was safe to visit... the salad bar? Gremlins running amok in an office building was not bad enough. They had to the find the genetics labs and start ingesting DNA altering cocktails. This gave us the Brain Gremlin, the Spider Gremlin, the Girl Gremlin, the Bat Gremlin, and of course... the Vegetable Gremlin. The last thing that you expect when you go to a salad bar is for the salad bar to actually bite back at you. Then again, that is probably the main reason that Denny's does not prominently feature a salad bar. Forever living in infamy, we now honor... the Vegetable Gremlin. 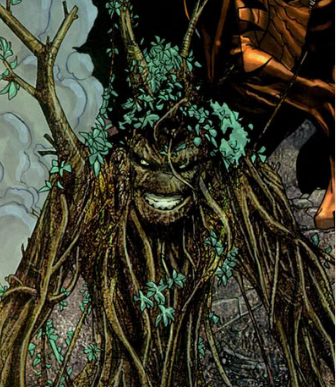 'Black' Tom Cassidy is an X-Men villain who was the victim of one of the worst storylines  of all time. Cassidy was shot by the mutant Cable. Cassidy was then healed in France... yes France. The French doctors cured Cassidy by a wood graft. This is presumably because the were out of skin. Also, this may have a lot to with them being French. At any rate, the wood bonded with Cassidy's body and started to spread throughout his whole body. Because really, nothing grows together like dead bark and flesh. The only good part about all of this was that the situation led to one of the great X-Men quote of all time in the comic Generation X. Cassidy was told by his cousin Sean Cassidy, also known as the Banshee, the following "Tom, take stock, you're a tree." This is seriously a guy even the Ents would not invite to a party.