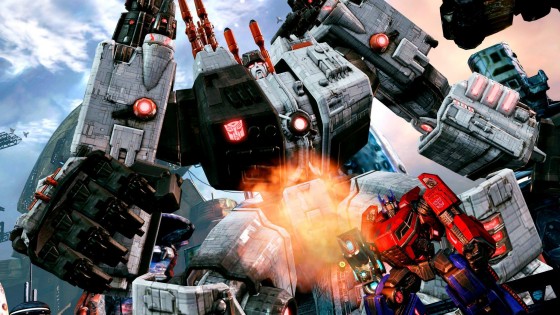 The ’80s offered up some pretty memorable toys, especially for those of us lucky enough to have grown up in said decade. Some of the most memorable -and flat out greatest- toys were the Transformers. If you’re reading this and you aren’t familiar with this cartoon-turned-toy line might I suggest a Google search because you, sir or madam, are missing out. At their basic levels, these things were robots that amazingly turned into vehicles, animals, and, sometimes, big ass structures. It will be those ones in particular I’d like to focus on today: the Big Ass things (structures, sure, but also vehicles and even a damn planet); the true rulers of the Transformer toy lines! So grab a beer and slide down Memory Lane with me, ya? It’ll be fun!

Oh, and just as a caveat here, this article will not feature those Combiners Transformers. Because, for one, I already wrote that… and for another, it takes a lot of little things to make one big thing in those cases. So none of those.

So, just how big is this dude called Metroplex? How about the size of a city because, kids, he IS a DAMN CITY. That’s right, Likely touted as the biggest Autobot of all time, Metroplex transforms into a city base called Scramble CIty -which, really, sounds like a place where you’d find the best eggs. Anyway, this guy is so huge his feet are actually buildings and his head is, like, a pet store. Probably. 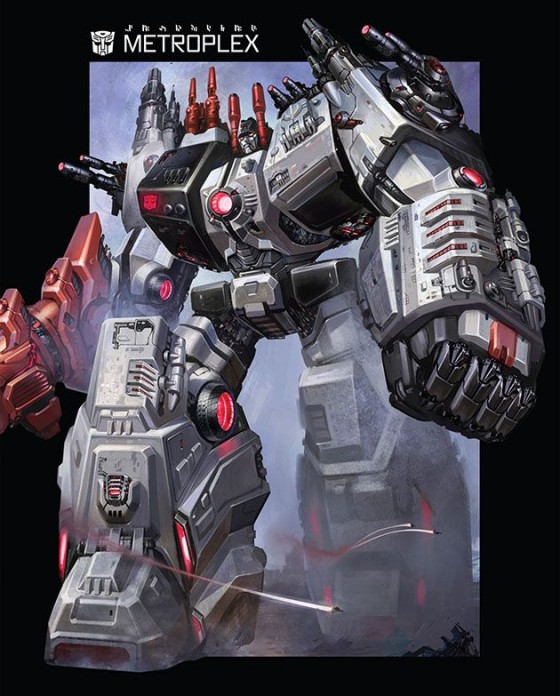 Supertrain, Cannon, Crane. No, this is not a list of bands opening some silly festival this summer, these are indeed the things this massive Autobot Transformer can change into when he isn’t a robot. The Supertrain encircles the ‘base’ itself, while the Cannon and the Crane are part of the actual ‘base’. You see, this guy is a base as in a place where normal-sized Autobots go into. Cuz he’s huge, kids! 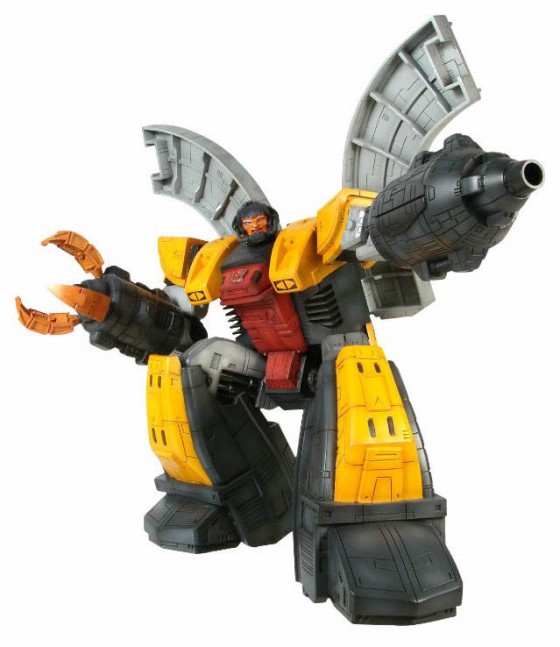 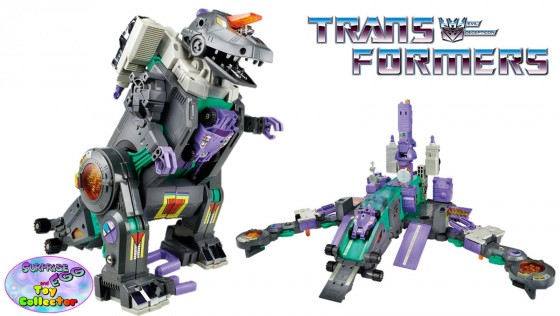 Okay, so the previous two base/city Transformers were really cool and all, but this Decepticon Base is thrice as awesome. You heard me: Thrice. There is a reason this fellow is called Trypticon, and it’s because it can turn into -count ’em- three things: a battle station, a city, and -oh yeah- a Godzilla-like monster. Anytime something is described as Godzilla-like, I am on board. This is also a huge transformer made all the more huge by being able to do its job three times. I often can’t do things three times. 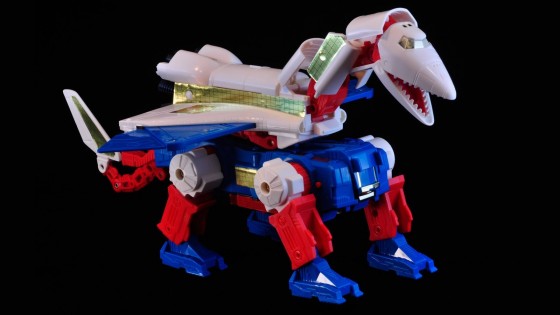 So what do Autobots do when, apparently, they don’t feel like “Rolling Out”? Well, they climb inside another Transformer (yuck) who can get them to where they want to go a heck of a lot faster. You see, Sky Lynx is a Space Shuttle (that’s right, because Transformers evidently have a really hard time getting back into space without a NASA-type shuttle… okay), a ground transport (again, see: lazy Autobots), and some kind of prehistoric bird. Not entirely useful when it comes to delivering your pals somewhere they currently aren’t, but damn scary, right?

Who’s the Bot that carries jets?

Who’s the Bot that becomes a jet?

Who is also the Bot that hates Transforming into either because he honestly gets both sea sick and air sick? Yep. Broadside. He can actually become a Nimitz-Class Aircraft Carrier and an F-18 Hornet Fighter Jet. But as I said, he ain’t too fond of doing either. But let’s think about that for a second: he can become an Aircraft Carrier, yet the Autobots maybe have six jets on their roster, whereas the Decepticons are like 80% jets. I don’t know. Anyway, he’s friggin huge. 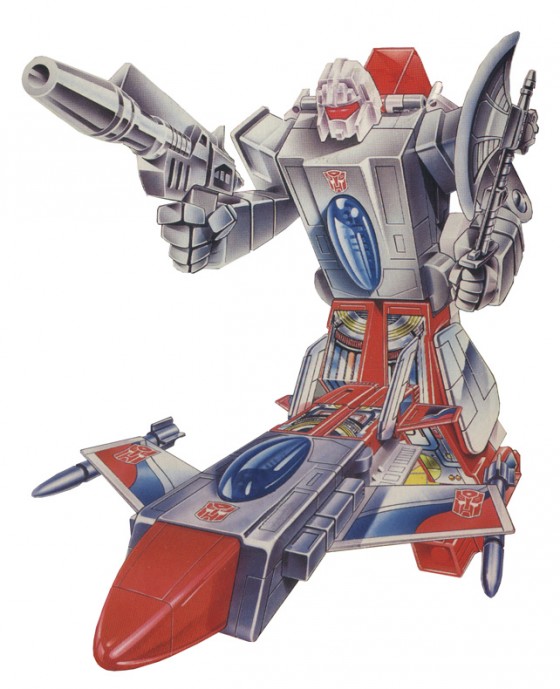 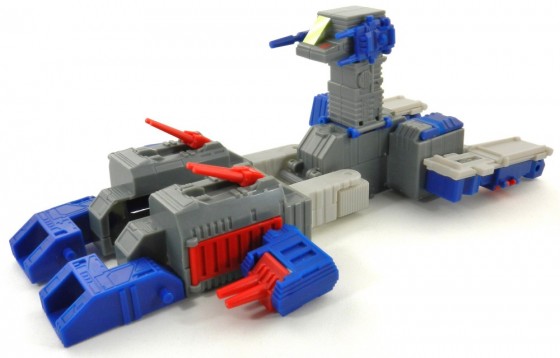 Another in the line of Autobots that can turn into a base/city/battle station/soft-serve ice cream kiosk, is Fortress Maximus. However, unlike those other dudes, he really didn’t enjoy being a warrior, or even a robot in disguise for that matter. He often lied dormant as just a pretty ineffective base because, apparently, this giant, fighting robot was also a pacifist, because why not. Later incarnations have him operated from the inside via Spike Witwicky because he just didn’t want to do stuff. Lazy ass. 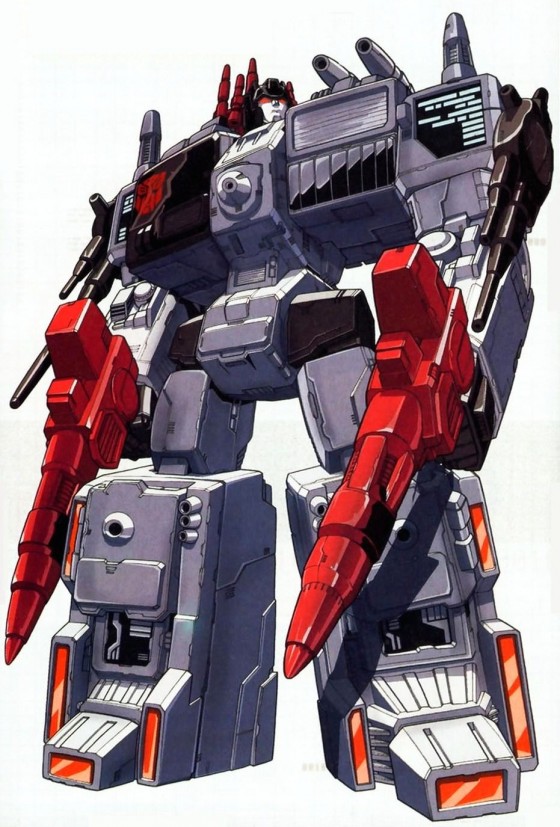 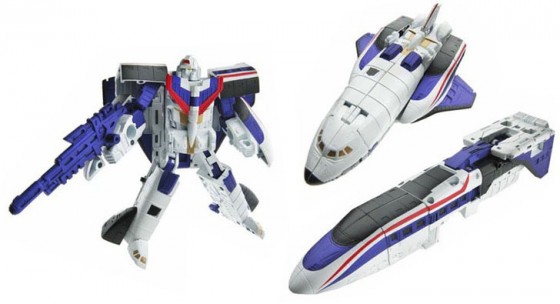 Can you guess what this fella could turn into? Yep. Much like Sky Lynx, Astrotrain could turn into a space shuttle, for one. In fact a space shuttle you can see in action in the original and fantastic Transformers cartoon movie. Filled to the rim with dying Decepticons, Astrotrain limps off to Cybertron to… I don’t know, I forget. I guess he dies, too. So besides the ship, he could become a bizarrely useless train, and, obviously, his robot form. He is a Triple-Changer and he likes long walks on the beach and fruit-kababs. 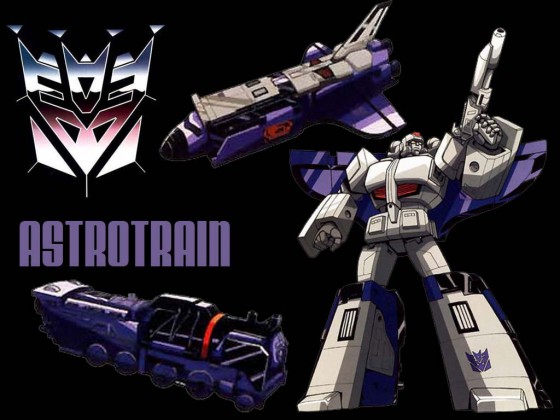 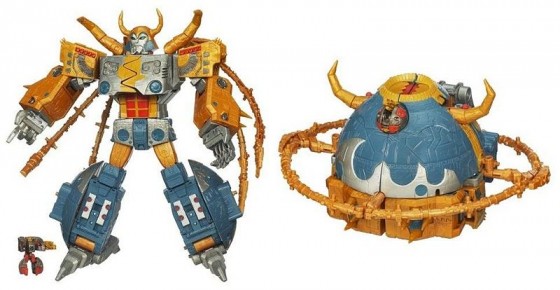 There hasn’t been, nor will there ever be a bigger Transformer than Unicron. If you aren’t familiar with the animated film from the 80’s, Unicron was a planet who roamed the universe feeding on smaller, weaker, and probably jerkier planets. H was voiced by Orson Welles in his final performance in film. Maybe not the greatest way to put the icing on one’s career, but there it is. As huge Transformers go, Unicron (once destroyed -SPOILERS-) was blown into pieces ans his floating head became some weird base for Cyclonus as it orbited Cybertron. Yeah, you kinda had to watch it. 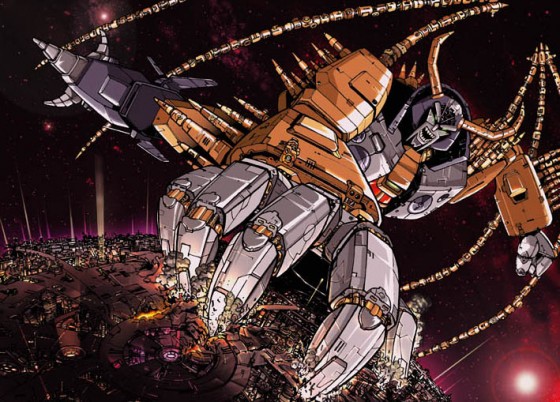