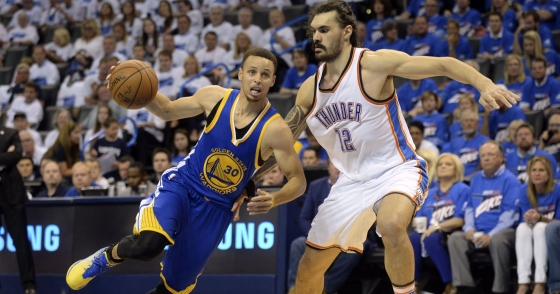 Later tonight, the Golden State Warriors will be battling for their lives against the red hot Oklahoma City Thunder, led by two of the leagues best players, Russell Westbrook and Kevin Durant. They need to win or the season is over and the Thunder head to the NBA Finals.

The NBA has been around since 1946 and they have had a postseason every single season. Of the 70 seasons of playoff history that the NBA has to show, only nine teams have come from the same spot that the Warriors are in tonight. They are trailing a best-of-seven series, 3-1, and are hoping that they can rally and extend the series another game before watching the best season in NBA history end on such a horrible round of basketball.

Let’s take a look at the nine teams that have trailed 3-1 in the NBA postseason and have come back to earn a ticket to the next round, or even better, win a title.

The Phoenix Suns had very little talent beyond Steve Nash in 2006 and when they trailed 3-1 in the series, it felt as though Kobe Bryant was leading the Lakers, who also had little talent beyond Kobe and Lamar Odom, to a series upset win. The entire series was close until the Lakers got up 3-1, that’s when the Suns exploded for 3 big boy wins to take the series. 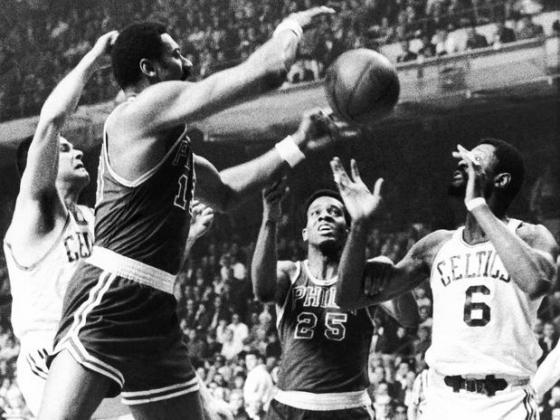 Do you fully understand how good the Boston Celtics were for almost 30 years? It was the matchup against the top seeded 76ers that reminded NBA fans just what was going on in Boston. John Havlicek, Sam Jones, and Bill Russell were trailing 3-1 heading to Philly for a series clinching Game 5 and they knew what they needed to do to win. So by the half, this one was over and the Celtics never looked back as they cruised to becoming the first team to ever comeback from a 3-1 deficit.

Just 10 seasons after the first two 3-1 series comebacks happened, the Bullets became the third team to accomplish this goal when they survived a tough battle between one of the best players ever, George Gervin, and his Spurs. The final 3 games of the series were shootouts and it has become one of the best series the NBA has ever witnessed.

This was going to be a huge upset. The bottom rated seed in the Eastern Conference was the Orlando Magic in the 8th slot. But they shocked everyone and had a 3-1 series lead before the top ranked Detroit Pistons finally woke up. And it wasn’t just the two guards, Richard Hamilton and Chauncey BIllups, that the Pistons relied on for the three wins, it was Ben Wallace and his unreal defensive numbers that caused a one-sided series to go to a full seven games.

The NBA needs another rivalry like the Knicks and the Heat during the late 90’s and early 00’s. That was some of the best basketball either team has ever played and man did they hate each other. With the Knicks leading 3-1 in the series, the Heat were locking up a Game 5 win before a brawl ensued igniting the rivalry between the two teams. P.J. Brown flipped Charlie Ward over his shoulder and into the stands in one of the defining moments of the series. The Heat went on to win the next three games.

The Houston Rockets were the defending champs but were a sixth seed during the 1995 playoffs. It was almost like a chip that needed to be on their shoulders in order for them to win back-to-back titles. It worked too. Not only did they comeback from 3-1 down to the Suns, they were down 2-1 in the first round against the three seeded Utah Jazz before winning the final two games. This team proved very quickly that they were never going to surrender and the series came down to the final seconds when Mario Elie hit the series winning 3-pointer with only a few seconds left in Game 7 to shock the Phoenix crowd.

Over the past few years, the NBA has been given some of the greatest duo’s in history with Michael Jordan and Scottie Pippen running the Bulls and Kobe Bryant and Shaq running the Lakers. But in the 1970 season, the Lakers had Elgin Baylor, Wilt Chamberlain, and Jerry West to form quite possibly the best trio in NBA history. So when they trailed 3-1 games, the panic set in and they did the unthinkable for the second time in NBA history.

Following back-to-back blowouts in Games 3 and 4, the season started to seem over for the Rockets. But they bounced back big in Game 5 to remind the Clippers that James Harden has some of the best skills in the entire league. However, Game 6 was three quarters of Clippers dominating the Rockets and they lead 92-79 heading into the final 12 minutes. But it was the Rockets, led by James Harden and Josh Smith, that outscored the Clippers 40-15 in the fourth quarter to have one of the best comebacks in NBA history. It did not take long before they would run away with the series and easily win Game 7.

Could the 76ers, led by Julius Erving and Darryl Dawkins, find a way to upset the loaded lineup of the Boston Celtics? That’s what almost everyone believed as they took a 3-1 lead into Game 5 but the Celtics fought as hard as any team as before to avoid an upset and make it to another NBA Finals. They won the final three games by a combined 5 points. In fact, the average margin of victory was only 5 points for the entire series. IT was not only the best comeback ever, it was the best Eastern Conference series ever.