Media > Movies > The Biggest Rumors for Avengers: Age of Ultron

The Biggest Rumors for Avengers: Age of Ultron

When a movie that already stands to reach astronomical levels of popularity and Blockbuster-status is mere weeks from release (May 1st!), you know there’s going to be rumors flying. Especially when said movie is the sequel to one of the highest-grossing and universally popular movies of all time. You see, Marvel knows exactly what it’s doing when it comes to turning its comic franchises into massive film properties, and all one has to do is look at its stellar track record: Iron Man 1-3, Captain America 1-2, Thor 1-2, and of course the original Avengers, not to mention the juggernaut that was Guardians of the Galaxy. Yeah, Marvel is literally the master of its own future with just enough of its parent company, Disney along for the ride. 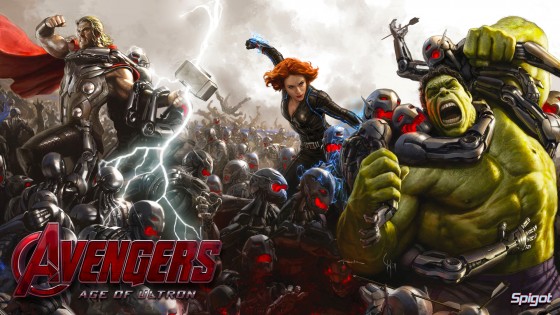 Now where was I… oh right, Avengers: Age of Ultron. This sequel promises to be absolutely epic -and I mean that with no exaggeration or hyperbole. This thing is gonna be huge. And the already ensemble cast gets even more swelled (notice I didn’t say bloated, because unlike some directors – we’re looking at you OG Batman franchise – Joss Whedon knows what he’s doing) with the inclusion of Quicksilver, The Scarlet Witch, Vision, and of course, Ultron. Yeah, I’m seriously starting to believe the word huge doesn’t even begin to describe just how massive this movie is going to be…

Even with the latest trailers and posters, there are still plenty of rumors circulating about characters we may see in the film, or what might happen to some of our favorites. Let’s take a look at some of the biggest…

We already know that Andy Serkis is in the film and we’re nearly 100% sure he portrays Ulysses Klaw. But why is he important? Well, it goes a little something like this: Klaw needs a bunch of Vibranium to build his sonic device that can turn those waves into solid matter. Wakanda (the home of one Black Panther) has rich deposits of the metal which, ironically, was also used in the creation of Captain America’s shield. So, somewhere in A.O.U., Cappy breaks his shield and needs some sweet sweet Vibranium to fix it. Which leads us right back to Wakanda, and Klaw, and, possibly, T’Challa. That’s Black Panther, kids. Nothing is substantiated yet, but who knows since there is a Black Panther movie on MARVEL’s plate.

Captain Marvel could make an appearance

The character of Captain Marvel has been a regular Marvel comics character for years, and is currently going by the human name of Carol Danvers. The rumors have been that someone will at the very least play Carol somewhere in the movie and that she has the slim possibility of joining the Avenger’s roster after the team rotates members at the end of Age of Ultron. Apparently Avengers 2.0 will showcase a newer, modified team that will carry the film franchise into the Infinity War series coming in a few years. Will there be a Carol Danvers or any mention of Captain Marvel? Likely not, but she is also getting a film of her own soon so stay tuned. 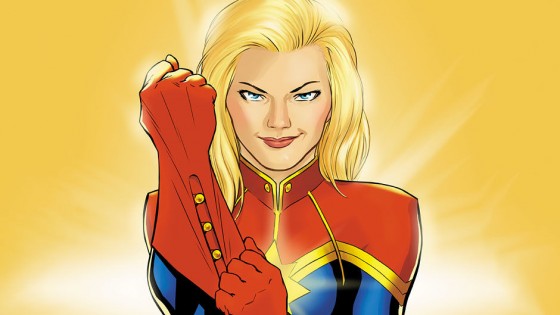 As of this writing, yes, the rumors are confirmed that Thanos will be back in some capacity. We know this because Josh Brolin is in the cast list readily available on IMDB and as we all know, he played the Mad Titan’s voice in Guardians of the Galaxy. Not only this, but also Joss Whedon himself has stated that he will be in the movie because it does well to carry the narrative from film to film and it just plain makes sense. But how? Where? When? The rumors here are of course some kind of inter- or post-credit sequence, or some kind of quick scene showing him collecting the necessary Gems to create The Infinity Gauntlet, which would lead nicely to the next set of films. No one knows yet, but any number of these seems likely.

Banner or Hulk may get launched into space

Though cool in scope, and definitely a great ploy to lead into a far better stand-alone Hulk movie that might base itself on the stories of Planet/World War Hulk… this one seems pretty unlikely, too. Though we can obviously glean from the trailers that Hulk goes mad for some reason and Stark in the Hulk-Buster armor must lay the smack down, we have no idea why this happens or to what end. Hulk is obviously super unstable and notoriously difficult to control (at least in his earlier iterations where he quickly leaves The Avengers for just such a reason), but Banner and Stark are like scientific-minded… so who knows what happens. What is true is that the Avengers 2.0 team does not feature the rampaging monster. So this one is up in the air in a lot of ways. 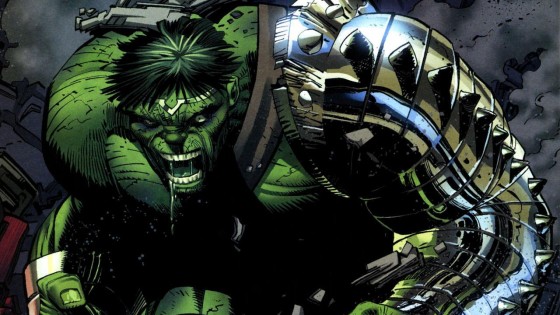 SPIDER-MAN! (Please, let there be Spidey)

This could go a lot of ways, folks. A lot of ways. First off we definitely know that a few months ago, Sony decided to give over partial ownership of the character back to Marvel studios.This was huge for both the company and fans especially when it was announced that the next Captain America movie would be the Civil War story line which features Peter Parker and Spidey quite prominently. So where does this leave his potential appearance in A.O.U.? Well, certainly speculatory at best. It has been said that Whedon did not include a post-credit scene in this movie… but that could just as easily be a ruse. He did state that there is a mid-credit scene, though so there is that. Oh, and then there’s this:

Yeah, I’m not entirely sure what to make of this. If it’s fan made, it’s amazing. If it’s real, it’s even more amazing. If you can’t make out what Spidey is saying, he tells the window washer that he’s missed a spot, then he tells him it’s on his left, then he says it’s his other left and then just kind of sighs in frustration. It really is classic Spider-Man and even sounds like he ought to, considering it has been confirmed that the new character will be more of High School age. So, make of it what you will, and maybe hope, like me, that this could comprise a post-credit scene that Whedon says doesn’t exist. You make the call!

Well there you have it, kids, the rumor mill’s grist for a movie coming out in mere weeks. I don’t know about you, but the film itself coupled with the new Star Wars trailer… I am sold.