Of the comedians on the Blue Collar Comedy Tour, Ron White is the only one I can listen too again and again. Larry The Cable Guy makes me slap my knee and snort. And I appreciate Jeff Foxworthy because he is one of the few popular comedians who doesn’t curse or use toilet humor.

And then there’s Bill Engvall, aka Jeff Foxworthy Jr. Kinda cruel, I suppose, but I listened to all those “Here’s Your Sign” jokes anyway. Fast forward 13 years, and now I’ll admit that Engvall is indeed funny. And now this redneck goofball has yet another DVD out called Aged and Confused, available on Amazon: 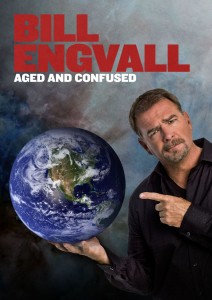 In support of Bill’s latest release, we have a copy of Aged and Confused on DVD for one lucky Gunaxin fan. To be eligible to win, complete these two easy steps: