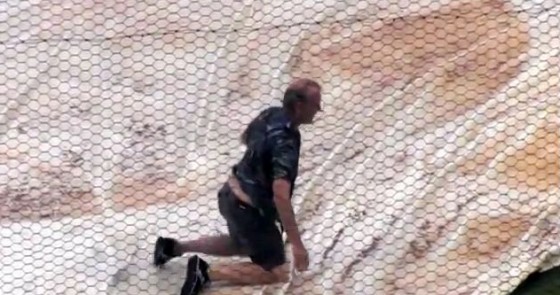 Bill Murray has established himself as an A-List comedy actor and an A-List guy in general. Rather than allow fame to turn him into a reclusive prick, Murray has chosen to often times be one with the people. His antics at the Pebble Beach Pro-Am have become legendary, and he took his act to a Charleston RiverDogs Class A baseball game recently. Murray, a part owner of the team, decided to entertain the crowd during a rain delay by prancing around the tarp-covered diamond.

Good ol’ Bill is never afraid to make an ass of himself. Speaking of ass, did you notice the one on the chick in jeans at 42 seconds? WOW!