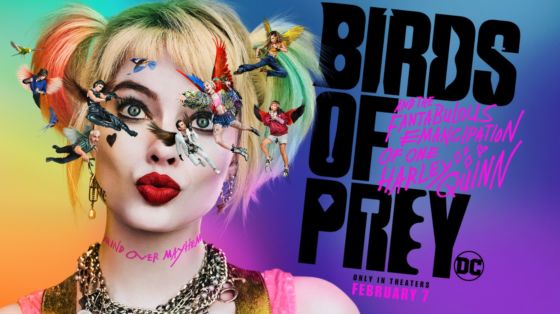 (Please note: the film’s full title is Birds of Prey (and the Fantabulous Emancipation of One Harley Quinn), which will be shortened to simply Birds of Prey for this review.)

Brash, loud, and unapologetically in your face, Birds of Prey axe-kicks its way into your eyeballs without hesitation or compunction. There’s a demented delight in watching Harleen Quinzel, a.k.a. Harley Quinn (Margot Robbie) blaze a merry havoc-strewn path toward her version of “normal” in a decidedly-unnormal life and city, and Robbie makes every minute of it an absolute blast. But the film tries to build up its title characters intended to match Harley beat-for-beat, yet the amount of attention paid to them is a smaller fraction of what’s afforded Quinn, resulting in a movie which speeds punchily along to what feels like a rushed afterthought of an ending. 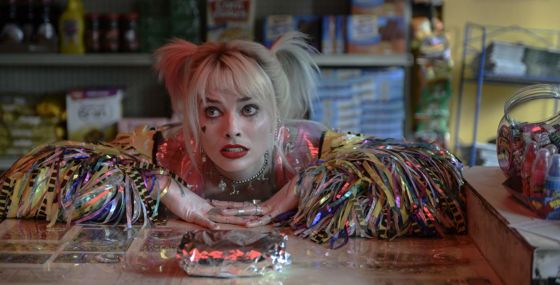 As the longform title suggests with its spiky handwriting, we are indeed here to witness Quinn’s struggle for independence, where the fun lies in how much chaos and mayhem she gins up after word gets out she and “Puddin’” (The Joker, not appearing in this movie) have broken up. Likewise, we find singer Dinah Lance (Jurnee Smollett-Bell) suddenly beholden to crime lord Roman Sionis (Ewan McGregor) as his new driver after Quinn inflicts her own brand of violent spite upon his old driver. Hardworking and hard-drinking detective Renee Montoya (Rosie Perez) is hot on Quinn’s trail following a rather explosive act of post-breakup malaise, only to be shut down by her male Captain (who also happens to be her ex-partner who took credit for everything). And a mysterious crossbow-using woman (Mary Elizabeth Winstead) has come to Gotham City riding a hot streak of successful gangland assassinations. 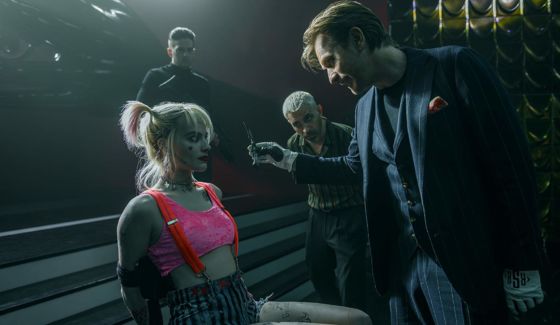 A sharp, empowering feminist theme runs deep in Birds of Prey’s bones, a subtext made plain text by the end of the film when a particular character screams “You need me!” at Quinn. Scriptwriter Christina Hodson grounds this visually-outlandish film with a “Women can do this, too” ethic which the actors and director Cathy Yan make sure to respect and honor as it drives Birds of Prey to its thrilling climax. After years of films like The Expendables which celebrate the macho-ness of its leads and their film careers, is it so much to ask that females be afforded the same kind of acknowledgment and opportunity? Hell, no, it’s not, and every minute of Birds of Prey is spent asking us to take the film’s leads seriously while simultaneously asking us not to take the film itself seriously. 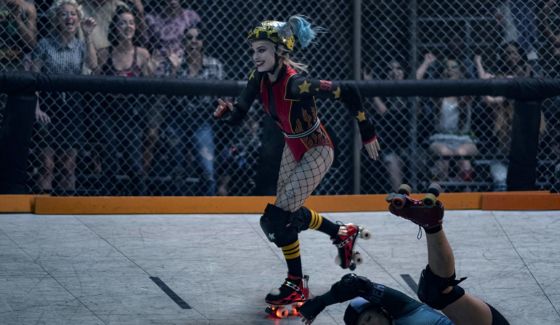 Of course, we see scenarios like those affecting our core fivesome – including teenage thief Cassandra Cain (Ella Jay Basco), whose theft of a valuable diamond kicks off the main story – day in and day out. Coming out from underneath the shadow of abusive relationships, never receiving proper due for accomplishments, forced into partnerships which only net gains for one side, and the many unwelcome advances and actions perpetrated by men who want to exercise their “power” – these are, sadly, universal stories you can read about if you open your eyes and look in any direction. Hodson’s script shows five strong females willing to break themselves free of these cycles, which is undoubtedly this film’s most admirable trait. 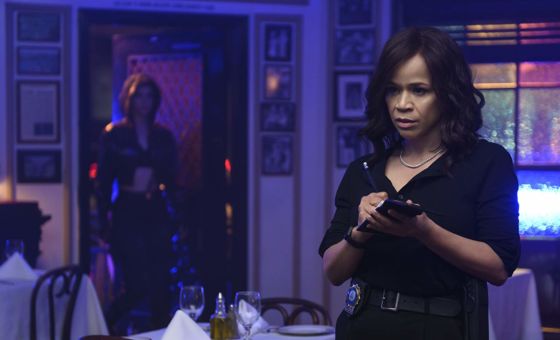 Birds of Prey also cheekily asks us to go along with all of it with a wink and a fourth wall break (or three), as if it knows whatever male-generated reproach is certainly coming and chooses to shine it on with an indomitable spirit. Quinn’s the only one with the capability to look straight down the camera lens, most times as a sign of comedic befuddlement at the craziness her life has begotten. Huntress, the crossbow-wielding badass, may not be as badass as we think she’s going to be, alluding to an insecurity she hides with her formidable fighting and assassination skills. Rosie Perez plays Montoya as if she and her character know she’s the archetypal cop – terrific at her job, but hamstrung at every level by her superiors and a drinking habit. Smollett-Bell’s Lance might be the most straightforward, heroic character of the bunch, which doesn’t mean “weak” by any stretch of the imagination; she’s got it all – looks, brains, a good heart, and the ability to kick serious ass. 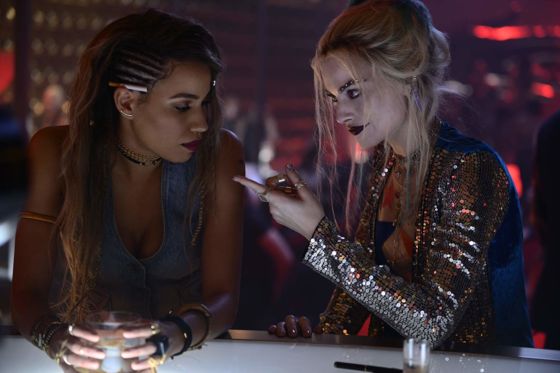 Yet, for its breakneck pacing and fizzy spirit, we never truly feel at home with the characters (except, obviously, Quinn). Sure, there’s backstory and exposition, chummily laid out by flashbacks and Quinn’s oft-meta narration. They’re kept in the game through some ingenious plotting and weaving, but in attempting to keep Quinn at the forefront, their near-sudden joining of forces feels a little stunted and, well, forced instead of natural, but there’s a certain bent humor to it. Yan knows her influences and, again, knows that this film isn’t trying to take itself seriously. The big come-together moment is fraught with this film’s own kind of humor, and it leads to a climax as furious as anything found in the best of the comic book film pantheon. 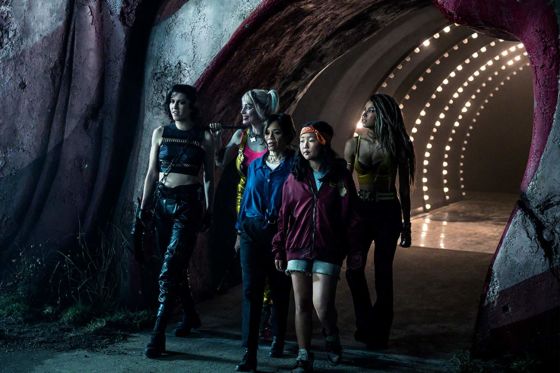 This is in no way a film similar to previous DC entries Suicide Squad and Joker, both of which tried (and, in the latter film, succeeded) to seat themselves in the “real world.” Yan pushes this film past Michael Bay-type caricature into overblown excess, a near-psychotic style which matches Quinn herself which involves all kinds of storytelling techniques – Quinn’s narration, humorous on-screen text, and non-linear time jumps keep us entertained and on our toes. A small voice in the back of your head may wonder if the whole of Birds of Prey takes place in Quinn’s mind, considering how much she comes out as the valiant savior and everyone owes her something. Disregard that and enjoy the women taking over – one broken bone at a time.

Birds of Prey (and the Fantabulous Emancipation of One Harley Quinn)

A sharp, empowering feminist theme runs deep in Birds of Prey’s bones, accompanied by a strong sense of self-referential humor.