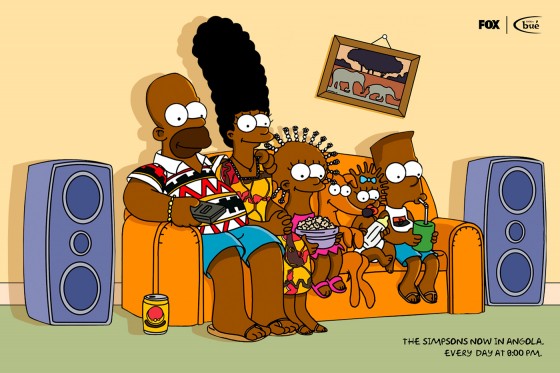 What better way to celebrate Black History Month than to pay tribute to fictional characters that have absolutely nothing to do with the plight of African Americans. Yes, folks, I’m talking about the black characters on The Simpsons, the ones who give color to an otherwise all-yellow (and Apu) world.

But wait! We’ll also let you vote on your favorite of these characters. VOTE FOR YOUR FAVORITE AT THE BOTTOM.

Note: We’re not including notable guest stars, like Darryl Strawberry, Michael Jackson, Magic Johnson, Barry White, James Earl Jones and James Brown since they only played themselves and aren’t original characters. And we’re only including the relatively notable ones, with a few extra on page two. 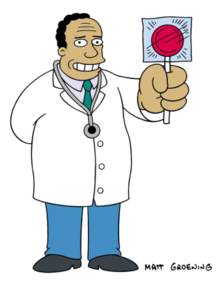 Our favorite family doctor who laughs at everything, Dr. Hibbert is routinely on the show. He also has a son and two daughters. 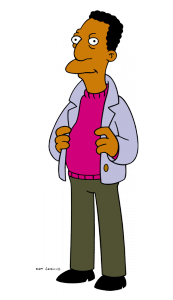 Carlton “Carl” Carlson works at the nuclear power plant and often goes to Moe’s Tavern after work with his friend Lenny. 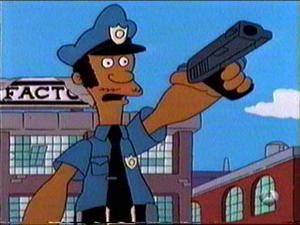 Along with Officer Eddie, Officer Lou is one of the regular cops seen around Springfield. 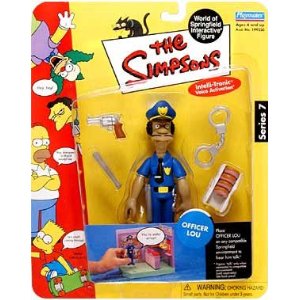 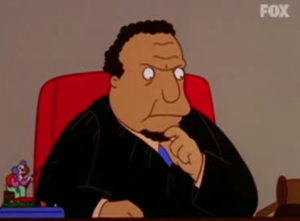 Judge Snyder, depending on his mood, is either extremely lenient or extremely strict. And that’s usually when Homer appears before him. 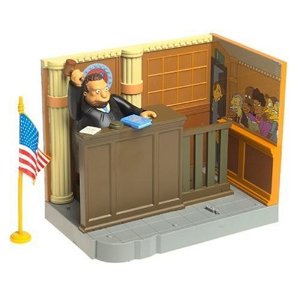 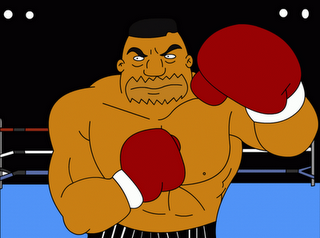 Drederick Tatum is a parody of boxer Mike Tyson and once pushed his mother down the stairs. 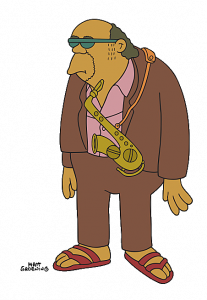 Lisa’s jazz musician hero has appeared in several episodes and even died in one of them. He is Julius Hibbert’s brother. 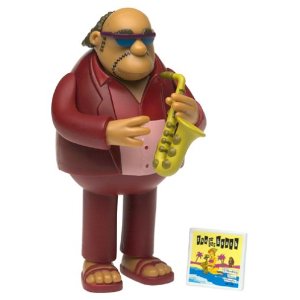 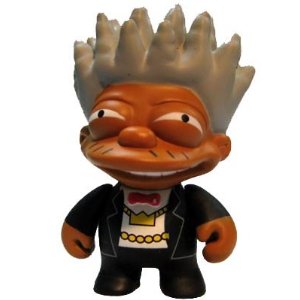 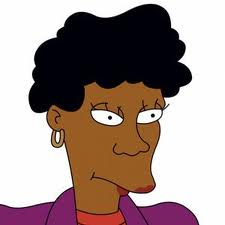 Dr. Hibbert’s wife is based off of Claire Huxtable and isn’t very interesting, other than being a recovering alcoholic.

Lewis is a kid in Bart’s class.

Benjamin is one of the three nerds who Homer bunks with in college. It’s not that he really ‘sucks’ but he’s definitely not that good. 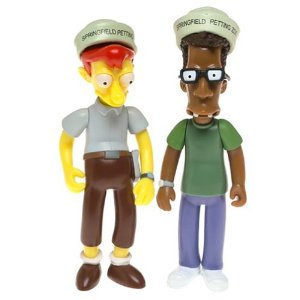 Janey is a girl in Lisa’s class, sometimes her friend, other times not.