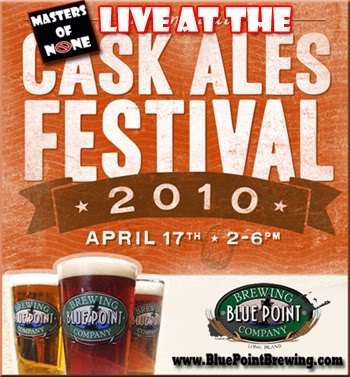 [podcast]http://www.podtrac.com/pts/redirect.mp3/media.libsyn.com/media/mastersofnone/MON_4_11.mp3[/podcast]
Masters of None – 4.11– Live from the Blue Point Cask Ales Festival

If you’re not into beer and people telling their best drunk stories, well, this episode isn’t for you.  We recorded it live at the Blue Point Brewing Cask Ale Festival and it features stories & interviews with the founders, brewers, hockey team, local drinking club, beer store owner, girlfriend, joke-telling preserves maker and the Riddler.  Thanks to Mark & Pete and everyone at Blue Point for having us and hooking us up with their fantastic beer to drink on our show, Curt from Ellis & Potter and everyone we met at the event.  It was a blast.  E-mail these guys and let them know you heard ‘em on the show and tell them you want Blue Point where you live! 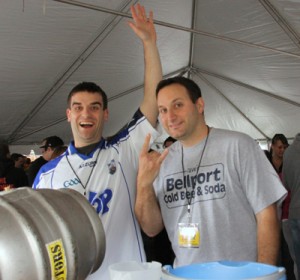