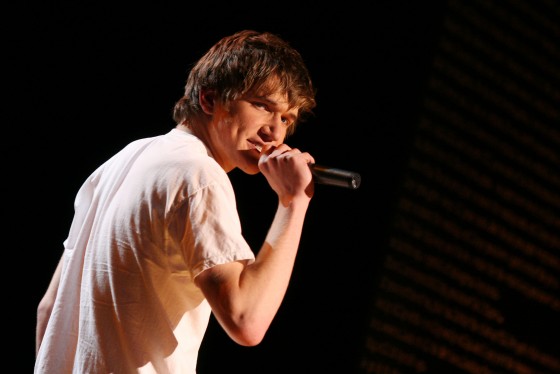 Stand up comedy has been the birthplace for a lot of famous movie and television stars. The list is very long and dates back a long time, but one thing remains constant about these men and women: they cut their teeth on the stage live in front of an audience.

The stand up circuit has been notorious for having harsh audiences or lack of audience. Is there anything worse than trying to make a few people in an empty room laugh? These comics have to learn how to deal with drunk hecklers and all sorts of distractions. And maybe, just maybe if they survive the circuit long enough they can get a regular gig doing TV and films. Of course, that’s not always the goal of some comedians, but success to a certain degree, usually is.

Recently, there has been a new type of comedian on the rise: the YouTube comedian. Bo Burnham and Jon Lajoie are probably the most famous of these types of comedians. Bo Burnham released his first YouTube videos in December of 2006. They’ve since been seen millions of times and propelled him to a deal with Comedy Central for CDs, a tour and a special. Bo also has several cameos and is writing a pilot that MTV has ordered.

Bo may have started as a YouTube comedian, but his presence on the live stage now can’t be faked. His special “Words Words Words” is currently available on Netflix Instant and is well worth the watch. He’s arguably one of the smartest comedians performing.

Another great example of internet sensation turned TV star is Jon Lajoie. He has several videos with millions (his top video “Show Me Your Genitals” has over 44 million views!) of views that he actually used to launch himself onto the FX comedy The League. On this show he plays burnout and playboy “Taco.” The show does a really great job of using his talents as a musician to enhance the quality of the show. Other favorites from him include: “Everyday Normal Guy”, “Two Girls One Cup Song” and “High as F#%K.”

Jon Lajoie after YouTube and after The League finally took his act on the road. I saw his live performance when he came through Houston on his first tour and he was a natural on stage. There’s no guarantee that internet comedians made famous have the ability to captivate a live crowd, but he did so with style.

Perhaps the gimmick of music helps these guys out. There’s nothing wrong with that, but will there ever be a crop of straight up joke tellers that make it big from YouTube? Perhaps not. And are there any more of these guys on the horizon or did these guys hit the craze at just the right time? If you’re a comedian or have opinions about stand up, how do you feel about guys like Bo Burnham and Jon Lajoie sort of “jumping the line”? Seems like those who don’t adapt and change can’t really complain.