Bob Ross: Behind the Soothing Voice 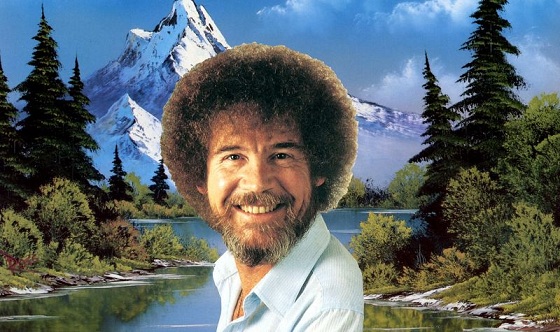 Bob Ross, as well as owning perhaps the greatest afro ever seen on a white man, also owned a voice so smooth and silky, cigarettes reportedly turned to honey the second they touched his lips.

If you ever watched his show as a youngster or more likely, as a stoned adult, you’ll know Ross’ voice is capable of sending you to a happy place, full of clouds. Seriously, it’s rumored that if he and Morgan Freeman ever spoke to each other they’d cause the room they were standing in to explode. But it wasn’t always like that, because you see Ross was a military man in his youth, by which we mean he was the guy who screamed at recruits. We’re talking some Full Metal Jacket level shit here.

Yes, unbelievably before Ross was showing you the fancy, artistic way to draw dongs. He was in a career where he literally screamed at people for not making a toilet clean enough to eat out of. Strangely, Ross didn’t enjoy this job and when he left the air force he vowed to never scream again.

At this moment Cthulu was sated and granted Ross a voice composed of pure audible chocolate to do with as he pleased, which he decided to give to the world for free. No really he did, all of his shows, he didn’t take a wage for any of them, he really was just in it for the Joy of Painting. 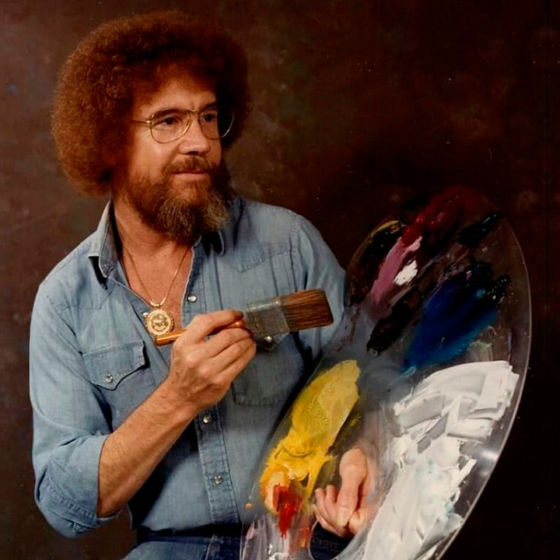 We’ll leave you with a quote from the man and a clip of his show, because sometimes you just need to step back and realize that the world is awesome, thanks Bob.

“That’s why I paint. It’s because I can create the kind of world that I want, and I can make this world as happy as I want it. Shoot, if you want bad stuff, watch the news.”