Humor > Images > Boba Yoga Is All the Rage

Boba Yoga Is All the Rage

The combination of two seemingly separate things can be a blessing or a curse, depending on how deft the one doing the combining is. For example, carrots carved to look like movie stars sounds great on paper, but executing such an endeavor can prove disastrous in the hands of an idiot. Case in point, in lesser hands than those of artist Rob Osborne, merging iconic Star Wars characters and yoga would fail miserably. But to Osborne’s credit, he managed to pull it off. Behold, Boba Yoga! 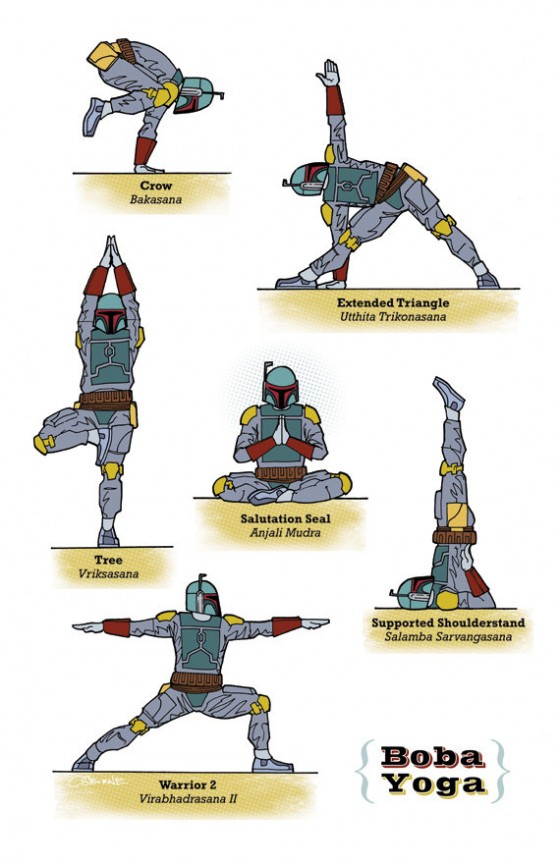 I always assumed Boba to be the most flexible of all the bounty hunters, but who knew his Extended Triangle was so flawless. To see Vader, Princess Leia and others gettin’ their yoga on, check out Osborne’s page over a Etsy.