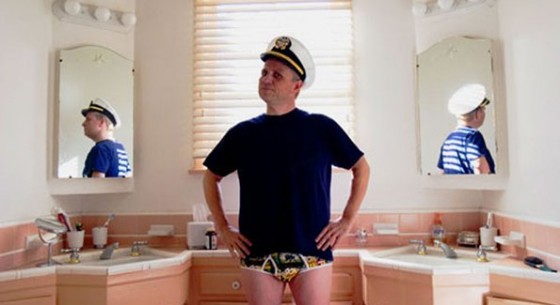 Some of you youngins probably know very little about Bobcat Goldthwait and The Kinks. If that’s the case, allow me to bring you up to speed. Bobcat Goldthwait is a comedian/actor who rose to fame during the ’80s. You might have seen one of his wacky stand-up routines or one of his movies such as One Crazy Summer, Scrooged and Shakes the Clown. The Kinks were a classic rock band from the ’60s/’70s who recorded such hits as “You Really Got Me” and “Come Dancing.”

Well, Bobcat is now writing and directing a musical based on the seminal 1976 Kinks album, Schoolboys in Disgrace. Here’s how the Cat describes this venture (Via THR):

“‘Schoolboys in Disgrace’ is a story that any kid who has felt that they are not being treated fairly can relate to, all set to some of the greatest rock songs you’ll ever hear. It’s the genesis story of a super villain set to music. It’s the story of the world’s most charming criminal and a realistic high school musical for all the kids who hate sugary, sweet, unrealistic high school musicals.”

I assume he’s referring to crap like High School Musical and Glee. At any rate, I wasn’t aware kids were clamoring for gritty, realistic high school musicals, but what the hell do I know? I spend most days watching videos of fat chicks breaking chairs, so I probably don’t have a finger on the pulse of today’s youth. For kicks and giggles, here’s a tribute to Bobcat’s character, Zed, from the Police Academy franchise: