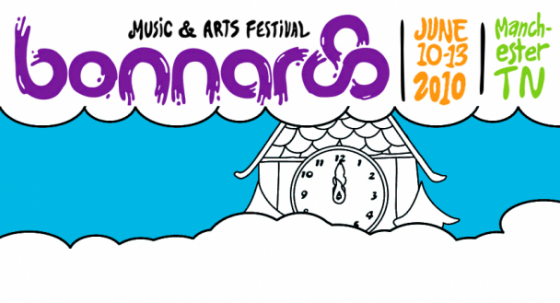 The schedule for Bonnaroo 2010 has been released. Over 160 performers will hit the stages for four days in June beginning on the 10th and ending on the 13th. If you dig summer music festivals or have never attended one before, then this is the place to be. It’s pretty much the closest thing to Woodstock there is for all us too young to to roll in mud, get high and experience free love back in ’69… man.

I was fortunate enough to be at the 2007 festival and from what I can remember after consuming massive quantities of alcohol, it was a freakin’ blast. The rural setting in Manchester, Tennessee is ideal due to lots of open fields.

A little helpful advice: if you’re thinking about making the trek be sure to arrive at least a day before. It will be a congested nightmare on the first day of the event. And forget about finding a hotel this late in the game. Just bring a tent and some sleeping bags. There is plenty of space to camp out beneath the stars.

Among the artists set to appear are The Postelles, Kings of Leon, Stevie Wonder, Jay-Z and Dave Matthews Band. As usual, there’s a little something for everyone to enjoy. Sun screen, lots of bottled water and rain gear are must packs. Oh, and if you need a break from the non-stop music, there’s also a stand-up comedy venue to get your giggle on.