Media > Books > Books We Should Be Burning

Books We Should Be Burning 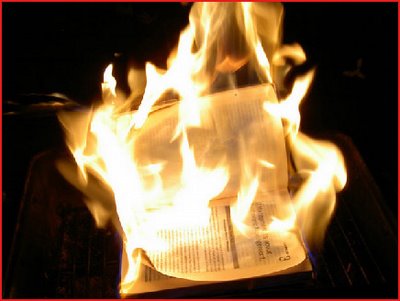 There is a lot of talk about book burning these days because a Gainesville pastor wanted to burn the Koran on Sept. 11. The German poet Heinrich Heine once wrote, “Where they burn books, they will also, in the end, burn humans.”

While I completely agree with this (considering it was a response to the Nazis burning books and later murdering millions), I do believe this message isn’t taking a few points into account.

Listverse.com came up with a remarkable list of ten books that screwed up the world, books that were filled with lies, racism, and sparked murder. These include Malleus Maleficarum, the manual for witch hunting, The Pivot of Civilization, which advocates eugenics and was written by the founder of Planned Parenthood, and of course Mein Kampf. I’d venture to say if these books hadn’t have been published, or were burned, the world would be a slightly better place today.

But I want to take a different route, and focus on books that should be burned for reasons that Heine didn’t consider. Burning these books will not lead to burning humans. These are books that are constantly lining the shelves of book stores, selling relatively well, but routinely getting awful reviews.

I used to read and enjoy Patterson’s books from the ’90s and earlier in the 2000s, back in the early days of Alex Cross. That was when only Patterson’s name was listed as the author. But since then, Patterson has created an assembly line for his publishing house, cranking out a new one every couple of months, and stamping his name alongside some hack writer who wouldn’t sell half as many copies without King James.

These books take up all that space at the airport bookstore, in place of good books by talented authors. Morons buy them, then go to Amazon and give them a poor rating.

Tell me, what purpose do any of these books serve? They’re poorly reviewed, they’re poorly written (even Patterson admits that polished writing isn’t important to his book-writing techniques), and there’s no end in sight: 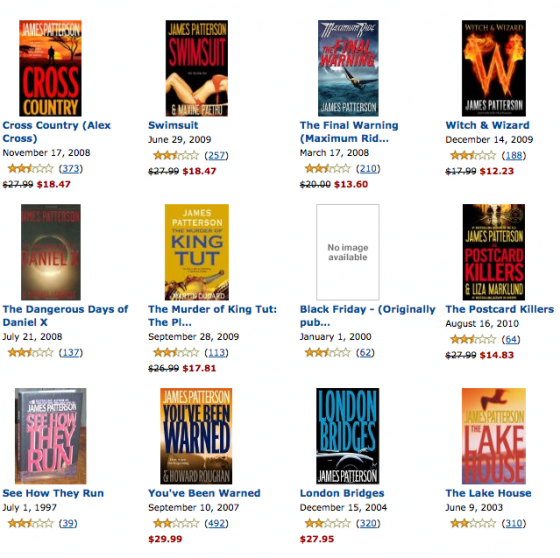 The only purpose they serve is to feed money to Patterson, the publisher, the book store, and the co-author. They likely take money out of the pockets of more talented writers who can’t get space on the shelf, or can’t get published, because Witch & Wizard: Battle for Shadowland is in the way.

(Granted, if someone could sell their turds, and people kept buying them despite the lousy reviews, that’s just the free market at work, so I understand why Patterson keeps selling these.)

So there you have it, folks. Books that should be burned. Either that, or books WE SHOULD NO LONGER BE BUYING. Patterson may continue writing, but we kindly ask him to actually try, and to get better reviews.

I would also like to report that there is a Facebook group for All Twilight Books to be Burned.