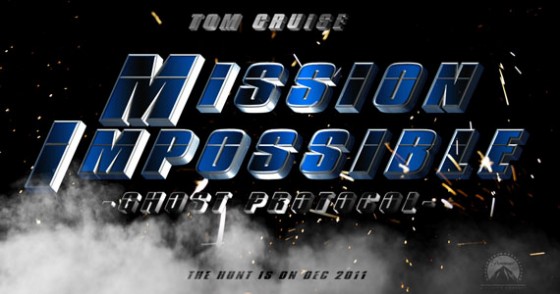 I could have waited until this evening to post the first trailer for Mission: Impossible – Ghost Protocol, but I’m impatient. I also really dig low quality bootleg trailers dubbed in French. Actually, the quality isn’t that bad considering it was shot on a video cam (probably a cell phone) by a sly theater patron. Tom Cruise. Jeremy Renner. Simon Pegg. Hot chicks. Cars blowing up. Stunts on skyscrapers. What more can a dude ask for? I’ve never been a big fan of the action franchise, but this looks promising.