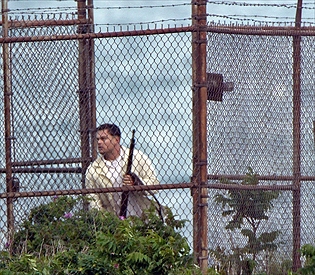 Another day, another first. Martin Scorese’s “Shutter Island” held the top spot against both Kevin Smith, who still managed to have the highest gross of his career, and the incredibly well-reviewed “The Crazies”, which has so far grossed $16 million against a $20 million budget, meaning a cheap, badly made sequel is all but inevitable.

Also, “Avatar” became the first movie to gross $700 million ever.

“Edge of Darkness” and “From Paris with Love”, neither of which were really setting the BO on fire, dropped hard. “Edge” will be going home with about half of its $80 million budget grossed, and “Paris” will go home with a little less.