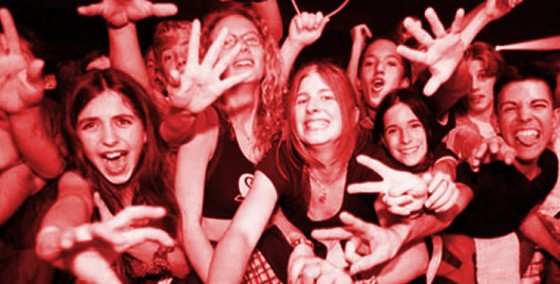 Zombies, stupid, or both?

If you wanted proof that God doesn’t exist, you really couldn’t do better than New Moon, widely described by critics and other people with taste as a big steaming turd, making $140 million in one weekend off of teenage fangirls and their mothers, who should know better.  Not only has this pesashit pulled down the third biggest weekend opening of all time, it’s already made money.  Oh, and the sequel’s already been shot.  Just like the executives at Summit will be, after the trial.

In slightly better news, The Blind Side shocked damn near everybody by making $34 million this weekend, probably because it was about football and fathers and sons of said Twitards ran screaming into the arms of something, anything, with a hint of testosterone.

Precious also surprised by grossing $11 million on about 700 screens.

No sooner did it hit the charts than the charts hit back: Pirate Radio is already off the top ten and has only grossed about $5 million against its $50 million budget.  Take that, hippies!