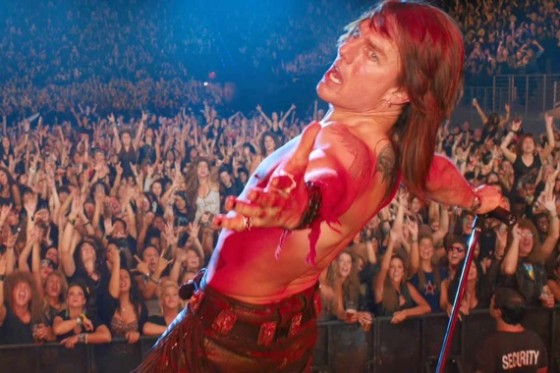 Okay, that headline is ripe for criticism considering that the majority of today’s movie-goers consist of tweens and teens with not fully matured minds and bodies, but I digress. This past weekend audiences chose to ignore a pair of ill-conceived and horrendous looking new arrivals — the Tom Cruise salute to ’80s hair bands Rock of Ages, and Adam Sandler’s latest dick and fart snoozefest That’s My Boy — thus proving that the American public still possesses a modicum of taste. Hooray America!

The double dip of deplorable dreck failed to earn a combined $30 million domestically, while the week’s top flick, Madagascar 3: Europe’s Most Wanted, and its oh so clever title grossed nearly $36 million. Who doesn’t love animated talking animals? Answer: no one. Check the final stats, yo. [Via]

True story: on Friday someone asked me with a straight face to see Rock of Ages. So I did what anyone would do in that situation. I beat them to death with a tire iron and disposed of their bloody remains in an undisclosed dumpster. Don’t bother snooping. I covered my tracks.

Now, this weekend’s sudden peak on the IQ meter wasn’t totally without fault. Prometheus somehow earned another $21 million, despite being an overwrought excuse for a science fiction movie with Syfy channel monster effects. Go watch Alien again. Do you really think the guy who directed that made this? No effing way. I’m convinced Ridley Scott got bored halfway through and handed the reigns to some PA wearing a ‘I ♥ Xenomorphs’ t-shirt.

Next week our 16th President returns to the big screen in Abraham Lincoln: Vampire Hunter. It looks decent, but I’m waiting for Grover Cleveland: Stamp Collector. That’s gonna be epic!