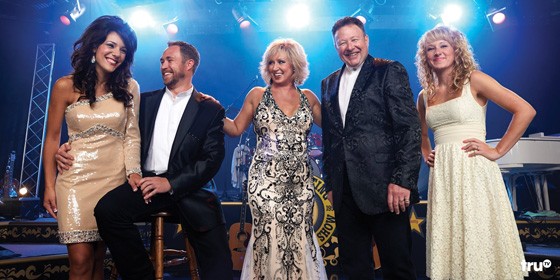 The folks at truTV are about to break new ground in television with the brand new series Branson Famous, the first-ever “reality musical.” If you’ve never ventured to the middle of this great country, then you may be unaware that Branson, Missouri is a rather popular tourist destination. It’s known for a collection of entertainment theaters along 76 Country Boulevard. One such theater is home to the Baldknobbers Jamboree Show, which is now the subject of this new truTV show, Branson Famous.

Premiering December 29th at 10pm ET/9C on truTV, Branson Famous revolves around the Mabe family, stars and producers of the longest-running variety show in Branson, MO. With the backdrop of decades-old feuds, burning jealousies and sequined costume changes, the Mabe family is struggling to save their 55-year-old variety show as it slips into financial decline.

The premiere episode of Branson Famous finds the Mabe family auditioning new, youthful singers to help modernize their act. The emotionally charged auditions crescendo into drama-packed disputes as Brandon Mabe and his crafty girlfriend, Megan, attempt to take over the family business from his unrelenting father and tough-as-nails mother. Throw in a blonde bombshell and a mystery investor, and watch the larger than life drama unfold …and when words are not enough, they just might surprise you by breaking into song.

Color us intrigued, especially by that “blonde bombshell” part. We’ll be tuning in tonight for the premiere episode and we encourage you to give it a shot as well. Consider it reality television drama with a side of country music. You can view a preview of Branson Famous online prior to the premiere, including clips, cast, show information and photos. You can also Like Branson Famous on Facebook and Watch clips and more on YouTube 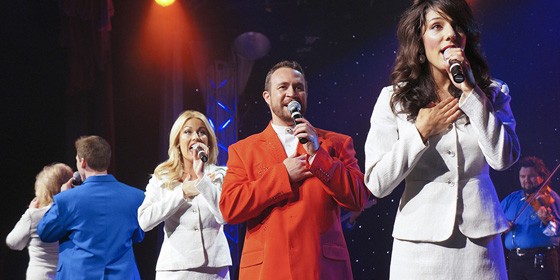