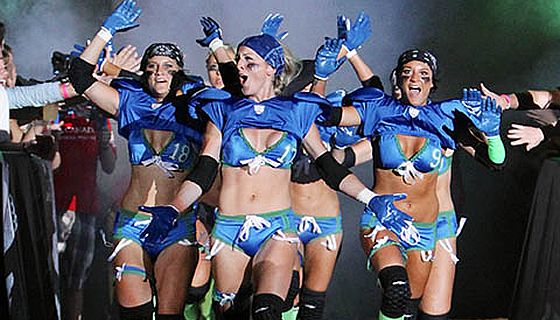 While NFL broadcast partners try to ignore fan’s bad behavior, like fights and streakers, the Lingerie Football League announcers have no such reservations. During last week’s game between Regina and Saskatoon (yes, they are real places) the crew came back from commercial and cut to tape of a vicious brawl in the stands.

This fight includes overwhelmed security, a shirtless guy, women throwing punches and one combatant inexplicably in a Gronkowski Patriots jersey. The announcers even managed to connect the brawl to the on-field action. While the LFL is on a hiatus from American play, it looks like the action is still exciting north of the border.