Sports > Basketball > Brawl Breaks Out in Stands of Spurs-Thunder Series

Brawl Breaks Out in Stands of Spurs-Thunder Series 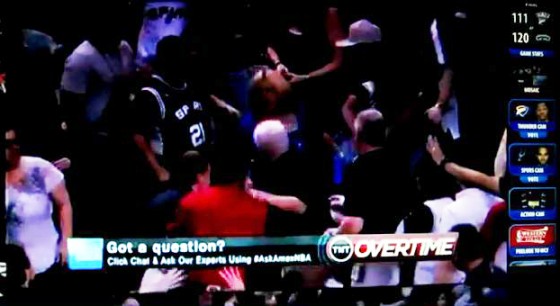 Kevin Durant and Russell Westbrook aren’t the only ones frustrated by the Thunder being down 0-2 to the Spurs in the Western Conference Finals. During the fourth quarter of last night’s 120-111 San Antonio win, a good ol’ fashioned brawl broke out in the stands between some inebriated Spurs backers and a Thunder supporter waving a Durant jersey. Added bonus: large chicks were involved.