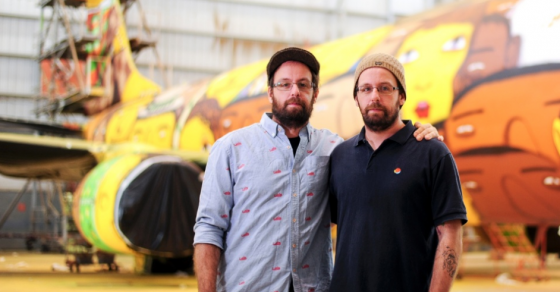 The Brazilian World Cup team is being transported on a very special plane during the 2014 FIFA World Cup. This Boeing 737 was recently painted by Brazilian twin artists, Os Gemeos. Dozens of portraits, meant to represent the people of the Brazilian culture, are rendered in the artists’ signature style: elongated faces, quirky outfits, colorful skin and animated expressions. The duo completed the the plane piece throughout a week-long process, using about 1200 cans of spray paint.

…and not to be outdone, the Japanese World Cup Team arrived today in a Pokémon Plane. Click the image below for that story and many more photos.