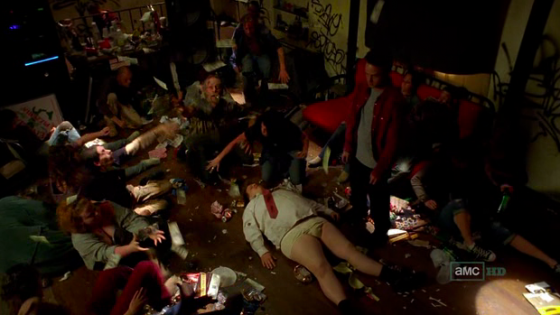 This episode really felt like a bizarre flashback to season one. Everything Heisenberg related seemed to take a back seat and the show decided it would really expand on the females in the show and further Jesse’s plight. When we first met these characters in the beginning of the show, they were in similar places, with the exception of Hank, but only sort of.

Instead of going through the episode beat by beat, let’s take the time to see where each of these major characters are and what’s on the horizon for them. 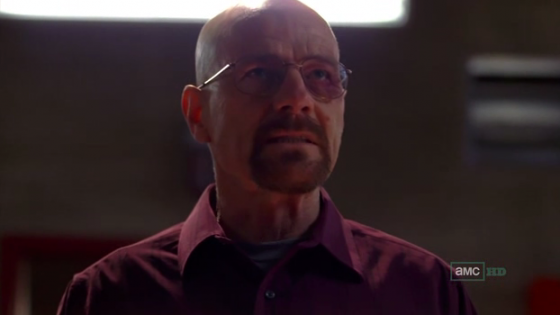 Walt really started to slip back into his old habits in this episode. He was back under the control of his wife Skyler. Walter is perhaps the most important piece in a multi-million dollar meth drug ring and he still sort of acts like a chump around his wife. I know he loves her, but he has to know he’s in charge. He’s the one with the specialized skill. And yet, he decides to make the car wash purchase personal against the advice of Saul Goodman. Walt is slipping in the presence of Skyler. This spells danger. 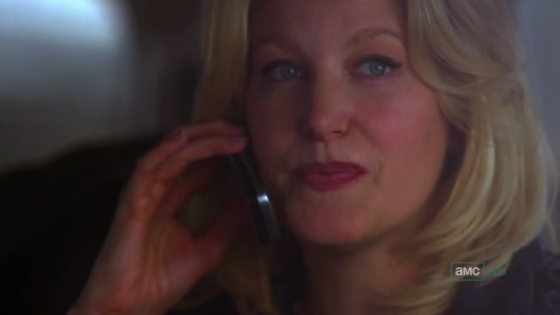 Skyler is a polarizing figure amongst Breaking Bad fans. Many hate her and want her dead. Others, like myself, enjoy watching her oversimplify everything and make the situation all about her. She’s sort of like Walt’s kryptonite. And now watching her actually become valuable to Walt, what with her logical ideas, means she’s going to get engrained in the operation and Walt will have a very tough emotional decision ahead. The scene where she feeds the actor the soil information was very well done and clever. I don’t quite get the Skyler hate after this episode. I think she’s very important. 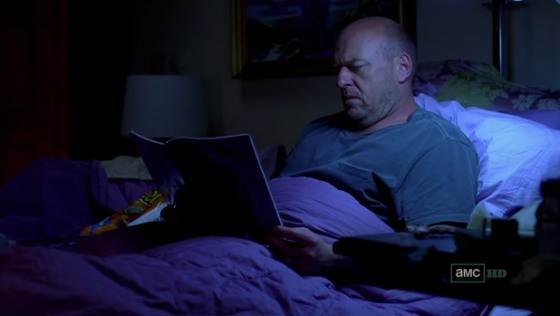 Hank is still bound to his bed, but he’s showing more signs of life. He is such a prideful man and every time we see him in bed we can tell it kills him to be there. He rejects many of Marie’s good acts out of pure stubbornness. You had to laugh when he refused the lunch; she leaves the rice pudding, comes back. and he’s eating it almost immediately. But up until this episode, Hank really hasn’t served a purpose. Now, as a favor to friend, he starts reading up on Gale’s super lab documents. Hank is obssesive. He is the right man to be pouring over meticulous details. It will lead him to Heisenberg, but will it lead him back in the DEA fold sooner or later? 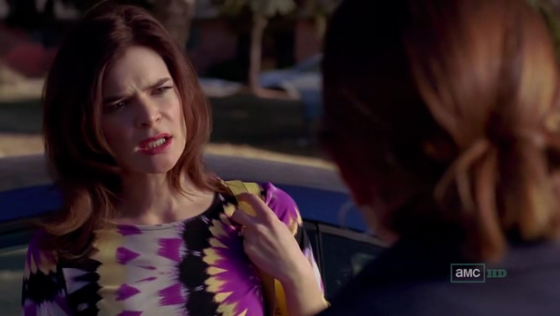 This was perhaps her strongest episode ever on the series. Because her home life with Hank is so rotten, she decides to escape from it all and pretend to be other people at open houses. Marie has been a kleptomaniac before, so she’s regressing to her old ways. But what was so brilliant about her performance in this episode was that all of her made up characters were so fully realized and nuanced. She was able to answer all sorts of questions about her fake lives seamlessly. One of the best moments of the episode came when she was wrestling with the nosy real estate agent and said, “You know what, fatty?! You are so lucky I am late for an appointment.” If Betsy Brandt ever gets Emmy consideration, this will likely be her submission episode. 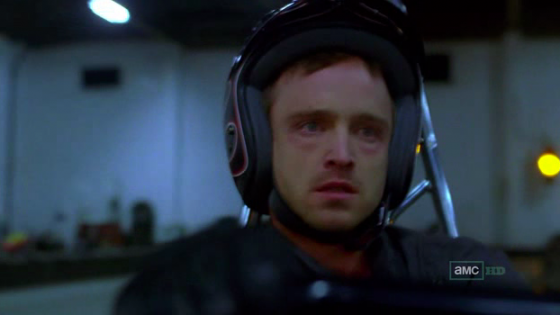 Boy, he’s seen better days hasn’t he? Jesse was a drug user before, but that was with a relatively clear conscience. Now he has what seems like the weight of the world crushing his mind and it’s putting him into a bizarre catatonic panic. Those few seconds where he’s riding in the go-kart really embodied the state of Jesse Pinkman. Everything around him is so shaken. He’s caged in and remains mostly devoid of emotion, but then he just has to lash out with anguish. Those scenes inside his meth house were haunting. The nasty sex. The coloring on the walls. The throwing of money into the mouth of the fat man that peed himself. He’s falling into a pit of despair and I’m not sure how he’s going to pull himself out. He still appears to be doing good work, but the second he’s left alone with his thoughts he starts wigging out. And as for Aaron Paul, well he’s very, very good at his job. He’s going to win all the awards. 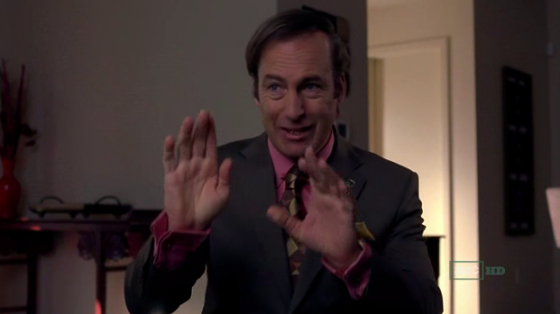 Perhaps the character that’s suffering the most this season is Walter Jr. We’ve barely seen him and it doesn’t appear that he’s the object of the White family empathy. This episode was also Gus and Mike-less. These two characters are central to Walt’s tension, but again, this was more of a throwback episode. I was happy to see the return of Saul Goodman to my screen. Bob Odenkirk brings such a great energy to every scene.

The state of Breaking Bad is very good. The first episode was shocking. The next episode set the stage, and this episode almost felt a little like tantric sex. We’re so close to everything exploding, but creator Vince Gilligan is just making us wait a little bit longer. It will be worth it, but when?