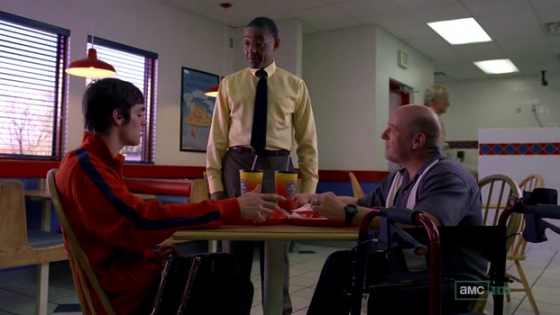 When you watch Breaking Bad, there seems to be two different angles the writers are playing up. On one hand we have a pretty good crime mystery going on; the biggest meth lab in North America is operating and murder and conspiracy surrounds it. And then there’s the deep character studies of guys like Walter White and Jesse Pinkman. This season hasn’t done the best job of blending those two things until this episode.

“Problem Dog” might be the best episode of season four and maybe, just maybe, one of the best of the series. That’s a pretty bold statement. Breaking Bad has had some great episodes in its past, but this one benefits from being the latest episode. Every question we have has been percolating for a while now and things are starting to boil over. Some have said season four started slow, and to a certain extent I agree. But after this episode I think we’re about to be in for a wild ride.

Why was this episode so good? First off, we need to give a standing ovation to Aaron Paul. His acting was nothing short of spectacular. The scene where he goes back to rehab and starts to expunge himself of all the pent-up anger and frustration rivals any scene I’ve seen on TV this year. 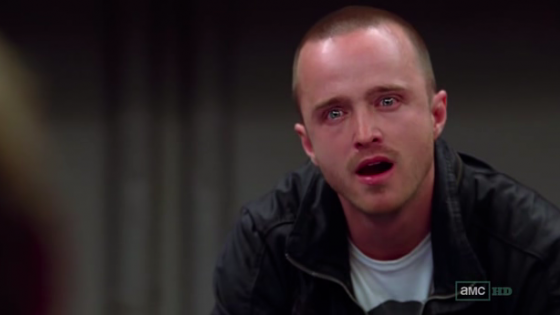 Those fellow addicts sit there in judgment over him because he said he killed a dog. You’d think he’d be angry over these judgments, yet he accepts and welcomes them. He’s accepting the punishment because he doesn’t want to live in a world where that’s okay. Only he didn’t really kill a dog. He killed a man. A kind man. A man he killed because someone else told him he had to. Would the judgment be harsher if they knew the truth? Jesse has no outlet. No one can fully imagine what he’s going through, yet he somehow, in a short scene, manages to get across to the viewing audience all the shit that’s going through his brain. Unbelievable.

At one point the show was about Walt and his family. Now, we’ve sort of shifted gears and the story’s heart is focused right on Jesse. Jesse is the one we crave redemption for. We don’t like Walter White, nor are we supposed to. He’s a prideful and arrogant man who plays fast and loose with everyone else but expects and demands respect from other people. 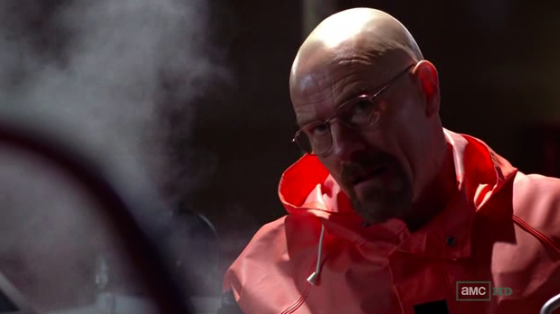 Walt only asks Jesse to kill Gus because he can’t get close enough to him. Somehow I think that Walt is fine with this. I believe Walt would try to kill Gus himself, but this alternative is greatly preferred. You have to admire Walt’s gumption to ask Jesse “What’s taking so long?” while at work. Jesse is extremely conflicted about loyalty these days.

Gus has sort of taken Jesse under his wing and placed him in the care of Mike, who was hesitant at first, but now seems to be warming to the idea of teaching Jesse the craft. He gives him a gun. A gun that could be used to kill anyone at any time. Yet Jesse doesn’t. Finally, Jesse asks Mike what it is Gus sees in him. Mike responds, “In a word, loyalty.” But Mike isn’t convinced Jesse is showing loyalty to the right person. The insinuation is that Jesse is on Team Walt when he really should be on Team Gus.

Picking a side at this point is crucial. Hank is hot on the trail of the blue meth. Thus we bring in the more superficial, yet equally awesome storyline. Hank is rejuvenated at the prospect of finding Heisenberg — the drug kingpin that has eluded him for too long. Hank, through plausible means, has placed a lot of suspicion at Gus Fring’s doorstep. In all of Hank’s investigating he’s brought up both Jesse and Gus, but never Walt. It can’t be too long until those dots are connected. I anxiously await what happens. I had my reservations about season four, but this episode has swayed me.