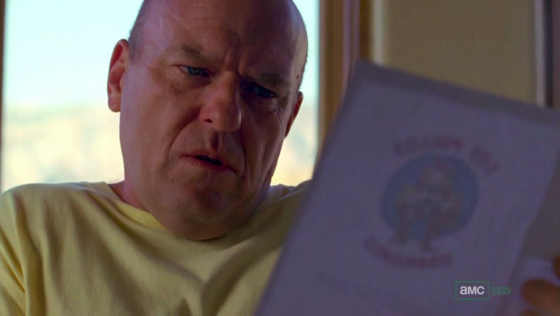 “Since when do vegans eat fried chicken?” -Hank Schrader

Breaking Bad has spent years building up trust amongst its viewers. They trust the show implicitly. When an episode seems slow, they say it “has suspense.” When episodes like this week’s seem a bit contrived and gear spinning, audiences give the show the benefit of the doubt and say that “In Vince Gilligan we trust.” Is it possible for the show to put out a bad episode any more? I personally liked this one, but I recognize it was pretty outlandish and not exactly earth shattering.

The first instance of the mechanized plot development was in regards to Jesse. The cliffhanger from last episode was him riding in a car to the middle of the desert with Mike. The intention was to make it appear Jesse was in some sort of danger. However, I never felt that. I was more curious than tense during his drive with Mike. As Cory Worrell notes in his review over at ApeDonkey.com, Mike is the epitome of a good soldier. He just does what he’s told.

There were three really good moments in the 20 minutes or so of the screen time that featured Jesse and Mike. The first was when Jesse was watching Mike go into his trunk and get the shovel. He was thinking that he would be meeting his own death soon. You could see the look of terror in eyes and it was juxtaposed nicely against Mike’s icy glare. 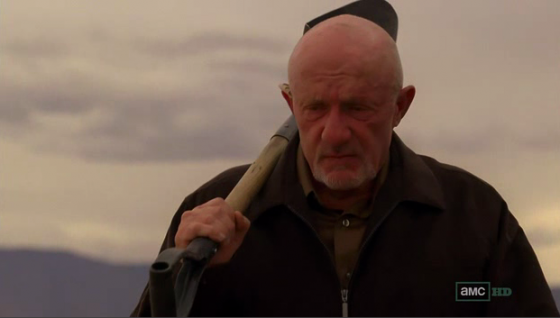 The second moment was when Mike pulls the car over to yell at Jesse. Jesse demanded some answers because he’s “the guy.” Mike snaps back saying  he’ll never be the guy, and that he had a guy, Victor. This was one of the first times we see Mike break character and be honest. It’s important because if he’s actually upset at Gus for killing Victor, it could play a factor when there’s an inevitable showdown between Walt, Gus, Hank and Mike.

The final moment (which was sort of spoiled by what we learned at the end) was when Jesse was waiting for Mike to collect his final drop. A car pulls up and a guy walks toward him with a shotgun. The camera angle through the windshield capturing Jesse’s face with danger approaching was pretty brilliant. The music underneath also added to the drama.

But it was all a set up! Gus and Mike had a conversation earlier where Mike thought Jesse was becoming too careless and that he’s a liability. Rather than kill him, Gus showed a softer side and decided to fabricate a scenario where Jesse would become a hero. After handling his business, Jesse has a renewed sense of vigor for his work. Gus has now shown several different management strategies and they’ve all been effective. Well, unless you’re Victor. 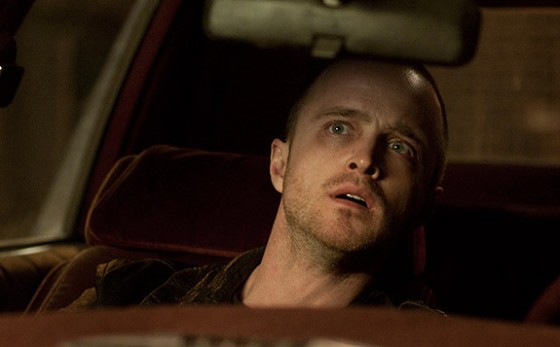 The other contrived plot device was Walt shooting off his prideful mouth at Hank. Hank was set on the fact that Gale was Heisenberg. He was calling him a genius and Walt just couldn’t take it. (Remember: Elliot went on to win a Nobel prize for the research Walt did with the company Grey Matter in the first season. Walt’s genius has been passed over before.) He gets drunk on wine (and I’m not entirely sure why) and proceeds to tell Hank that the work in Gale’s lab book looks like a copy and that the real Heisenberg (him) is still on the loose. Skyler’s stare of disbelief was priceless.

I’m not so sure Walt would be so dumb to get Hank back on the case. His wife and kids are at risk if the truth comes out. Perhaps Walt has some other reasons for saying what he said. Perhaps he thinks he can lead Hank to Gus. Maybe he’s finally realized that storming Gus’s business, gun in hand, is a terrible idea. Because of Walt, however, Hank does find some Los Pollos Hermanos paraphernalia in the case files. Maybe he’s going to latch on to to Gus’s scent.

All of these elements seem to be pointing in one direction: a confrontation between Walt, Gus, Mike and Hank. I don’t want to think Breaking Bad is that predictable, but it just might be this season. I remember last season when I thought the whole story would be about the twins chasing Walt, but that conflict was resolved in the middle of the season, and the end went in another direction. Perhaps that happens here, but regardless, I have a feeling some characters are about to be killed off.