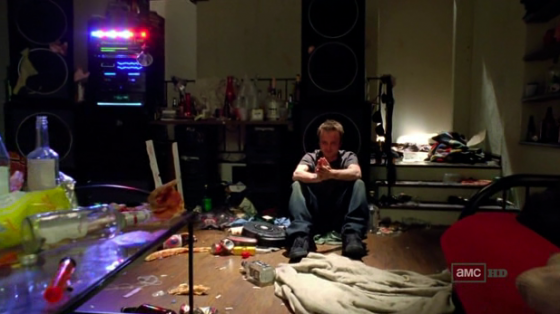 “Hell of a last couple of weeks. Makes a man wonder where he stands.” -Walter White

I was curious how Breaking Bad was going to follow up a shocking season premiere. The first episode had such an effect on the audience, yet the story was so simple. After this chapter, the story is not so simple anymore. Everyone’s conflicts are beginning to show themselves and people’s demons are coming home to roost.

The episode starts out with Walter buying a gun. A”38 snub nose” to be exact. And if you’re paying attention, yes, that is the name of the episode. Last week’s episode was titled “Box Cutter” and we all know what the show managed to do with a box cutter, so I was pretty excited to see Walter with gun in hand. The problem for people when they carry a gun is that they have to be willing to use it. Walter isn’t afraid to kill, but I’m not so sure he’s ready to kill in cold blood.

Walter then sort of takes a back seat for the remainder of the episode, which is sort of surprising. Here, Breaking Bad has three-time Emmy-winner Bryan Cranston and they’re willing to let all of the supporting players get fully developed while we wait on his arc. This is not a criticism because the episode was very strong; it just speaks to how great the writing and the characters are on this show. 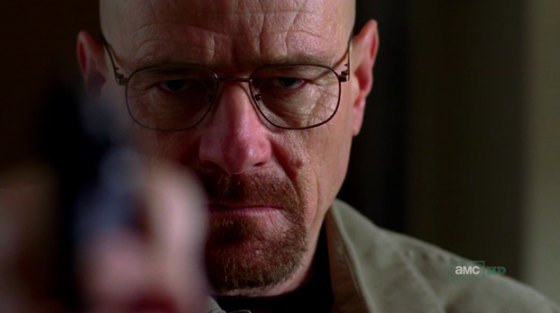 The first character that gets some light shed on his life is Mike. Mike has always been a cold-blooded killer who follows orders and gets paid. We haven’t really seen him have feelings. So, when we see him in the diner looking contemplative, it was a little bit jarring. We know how callous he can be when he’s on auto pilot, but what if he starts trying to analyze the situation? Walter made him out to be sort of a jackass in front of Gus. Mike didn’t get the job done. More on this later.

The there’s Jesse, who is one of the more interesting characters on TV today. He has so many demons swirling about his head and they all seem to gnaw at him at the most inopportune times. After watching a man bleed out in front of him, Jesse decides that he’s going to live life to fullest instead of trying to right the ship with his new lease on life. It’s almost like he doesn’t value his life anymore because he feels death will be inevitable. (Side note:  I do believe that Walter will die by the end of the series, but I feel Jesse will be redeemed.) He enters into this mode of self destruction that is supposed to distract him from everything in his life. It seems to work while he’s partying and while he’s at work, but when he’s by himself, Jesse is an absolute wreck.

He has never been able to compartmentalize his feelings very well, so I have a hard time believing this won’t affect his performance at work somehow. Walter has that patriarch complex when it comes to Jesse. He won’t want to see him using and he won’t want to see him throw his life away. We’ve been down this road before. so I don’t know if Breaking Bad will recycle that angle. Perhaps this is the season where Jesse finally confronts his own demons by himself. I’m certainly interested in that. 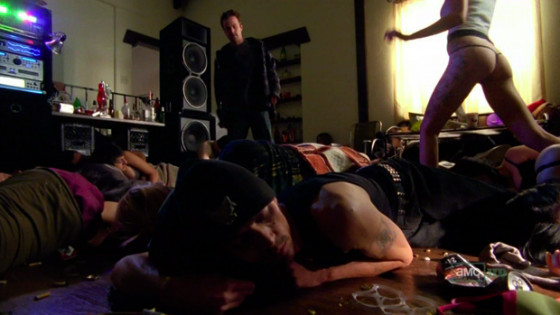 Hank and Marie are clearly having a lot of problems. Hank can’t walk and is basically worthless, but his pride is still intact. He doesn’t even want Marie in the same room as him. He used to obsess over catching criminals, now he’s focused his obsession on mineral collecting. I can’t help but think that there are parallels between the crystals in the rocks and the crystals in meth. His subconscious respect or hatred for Heisenberg is manifesting in the form of his hobbies. It appears as though he’s training to take down the meth dealer that ruined his life.

Skyler, meanwhile, is trying her best to get involved in the new family business. She wants to buy the car wash that Walter once worked at. We know that Skyler is very good with numbers so it’s not a shock to see her work up a very impressive and fair proposal. The thing she doesn’t realize is that fair doesn’t play. The owner, who has a vendetta against Walter, wants $20 million dollars for the car wash. The fair price that Sklyer offered was just under 900,000 dollars.

Skyler has been on my nerves for a few seasons now. She always been the wettest of blankets, but I’m fully behind her joining in the business. Before, I would cringe when I she appeared on screen, but now I’m honestly curious how she is going to go about getting the car wash for Walt. Just another example of the series changing a character for the better.

Now, let’s bring the focus back to Walt and Mike. The middle part of the episode really focused on establishing future conflicts, but the point was for Walt to ask Mike a very difficult question. Walt wants Mike to help him kill Gus. Walter is really stepping out his comfort zone here. Gus is a ruthless killer, yes, but he’s also the wallet. If Walt kills Gus, now nobody has a job, including Mike. 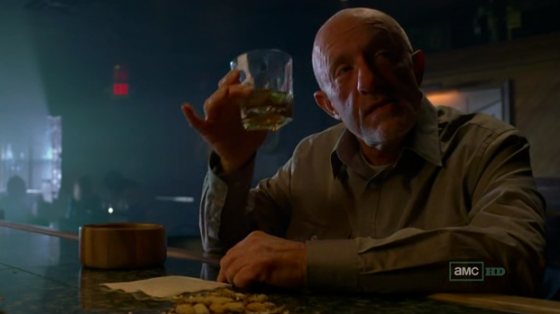 Mike isn’t a fool. He knows what Walt is saying is true. If he can do it to Victor, he can do it to him. But Mike always has to keep his status intact. I loved watching him listen to Walt as he laid out his plan. His line, “Do yourself a favor and learn to take yes for an answer,” was beautifully delivered. He listened to Walt’s entire proposal and then kicked his ass. I’m not sure the ass-kicking is a “yes,” but it’s certainly not a “no.”

This episode was a very nice follow up to the premiere. It set up all of the storylines and conflicts for future episodes while still managing to keep the momentum and tension from “Box Cutter.” Jesse and Walt have a long way to go before they’re in the clear and it seems like their lives are going to get a lot harder before they get easier.