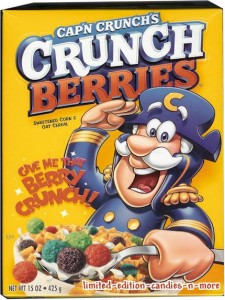 Thanks to the Consumerist, who have alerted us to the story of a woman named Janine Sugawara and her lawsuit against PepsiCo, maker of Cap’n Crunch cereals. Turns out Sugawara was operating under the assumption that crunchberries are in fact a real berry (Note that the crunchberries do contain strawberry fruit extract, so it’s not completely fruitless). In her suit filed in the United States District Court for the Eastern District of California, she claimed that she only recently “learned to her dismay that said ‘berries’ were in fact simply brightly-colored cereal balls.” Her claims of misleading and/or false advertisement were unfortunately tossed, however, as the court and the judge have dismissed her case.

This Court is not aware of, nor has Plaintiff alleged the existence of, any actual fruit referred to as a “crunchberry.” Furthermore, the “Crunchberries” depicted on the [box] are round, crunchy, brightly-colored cereal balls, and the [box] clearly states both that the Product contains “sweetened corn & oat cereal” and that the cereal is “enlarged to show texture.” Thus, a reasonable consumer would not be deceived into believing that the Product in the instant case contained a fruit that does not exist. . . . So far as this Court has been made aware, there is no such fruit growing in the wild or occurring naturally in any part of the world. 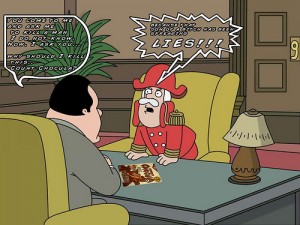 Judge England further noted that there was legal precedent on the matter, as another federal court had previously rejected substantially similar claims directed against the packaging of Froot Loops.  That court apparently held that Froot Loops did not contain real froot.

I guess the Grape-Nuts people can sleep easier tonight. Just don’t tell me that bumbleberries and dingleberries (cause I do eat Dingleberries cereal) aren’t real. And then there’s the ultimate question: do the snozzberries taste like snozzberries? 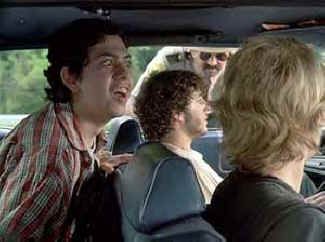