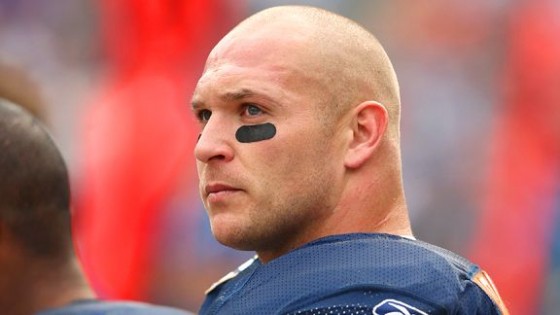 It’s common knowledge most (i.e. real men) pro football players will do whatever it takes to play in a game. Jack Youngblood toughed out the 1979 playoffs and Super Bowl XIV on a broken leg, Ronnie Lott cut off part of his pinky finger to continue his career and Brett Favre once underwent a liver transplant at halftime, then led a fourth quarter comeback against the Lions. (That last one is unverified, but I heard it in a bar one night so it’s probably true.)

So it should come as no surprise that man’s man and Bears All-Pro linebacker Brian Urlacher has dabbled with painkillers in the past, especially one called Toradol.

Toradol is considered non-addictive, but it’s at the heart of a lawsuit filed by a group of ex-players who claim it masks symptoms of certain injuries including concussions. But Urlacher believes it’s one of the good painkillers and none of his teammates would dare abuse it.

“I think we’ve all taken those Toradol shots,” he said. “No, maybe we don’t know all of the effects of them. But if you take them in the right dosage, I think you’ll be OK. I think our team regulates it really well. They are not going to overdose us on Toradol.”

A team doctor lie about effects? Nah, that never happens. Methinks Urlacher is being a little too trusting, or he’s covering for trainer’s room shenanigans. And speaking of concussions, Urlacher admitted to HBO’s Real Sports he would lie if he thought he had one in order to keep playing. That’s not music to Roger Goodell’s ears, although I would wager Lovie Smith (and every other head coach) just gave a boisterous “attaboy!” After all, concussions are misunderstood and not really that big of a deal.