Eight Brilliant Moments You May Have Missed in The Simpsons 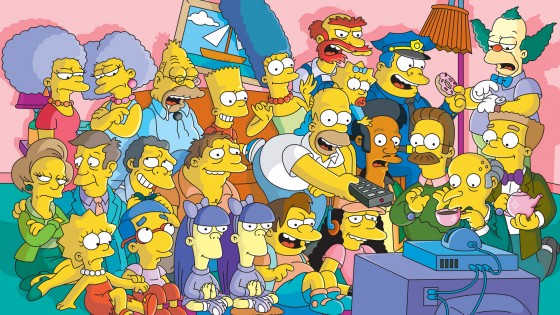 There’s a reason The Simpsons is getting ready to enter its 27th season: it is consistently funnier than almost anything else on network television. Although even the most casual fan can point out some of the show’s greatest gags, it takes a lot of attention to detail to pick out some of the more subtle moments of brilliance. Like these eight winners.

Imagine Otto’s disappointment when he excitedly entered a store named Stoner’s Pot Palace only to discover that the store actually sold pots and pans. As he said while walking out of the store, “Man, that is flagrant false advertising.” 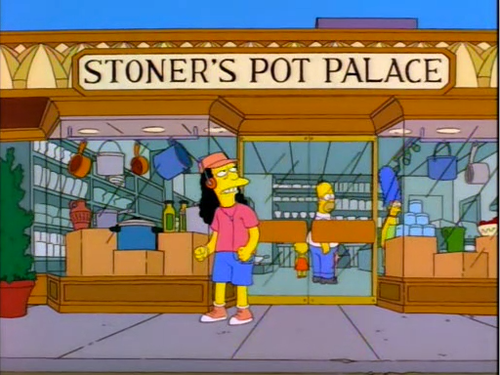 When the family visits Family Fun Center, they fail to notice the smaller sign underneath the main sign that advertises that the establishment was seen on “When Disaster Strikes 4.”

Marge attends therapy to help overcome her fear of flying. During the exterior shot of the Springfield Psychiatric Center where her therapist works, we can see from the sign that the slogan is “Because there may not be bugs on you.”

With all of the issues that would arise from Lisa’s investigation into the life of Jebediah Springfield, aka Hans Sprungfeld, it was probably a good call for the Historical Society to advertise the following message: “Where the dead come alive! (Metaphorically).” Otherwise, Jebediah fever might have turned into a search for more than just his silver tongue. 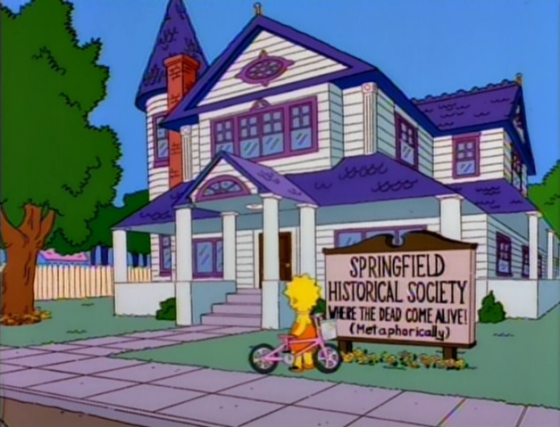 5. Milhouse Fails to Grasp the Point

Milhouse actually fails to grasp the point on several occasions, but he illustrates just how romanticized the story of Romeo and Juliet has become when he fails to see how his relationship relates to it more now that it is over. “It was just like Romeo and Juliet, only it ended in tragedy,” he moans to Bart after his first love is torn away by an angry father.

The Simpsons make hundreds of pop culture and literary references each season, but many of them go over the heads of most viewers. While he is in prison, Sideshow Bob’s number is 24601. This is the same number that is worn in Les Miserables by Jean Valjean.

Before the episode entitled "Das Bus" revealed itself to be a parody of Lord of the Flies, Principal Skinner chided the children for arguing during a meeting of the Model U.N. by saying, “Do you kids want to be like the real U.N., or do you want to squabble and waste time?” This quote makes it abundantly clear what the writers think about how the U.N. passes time. 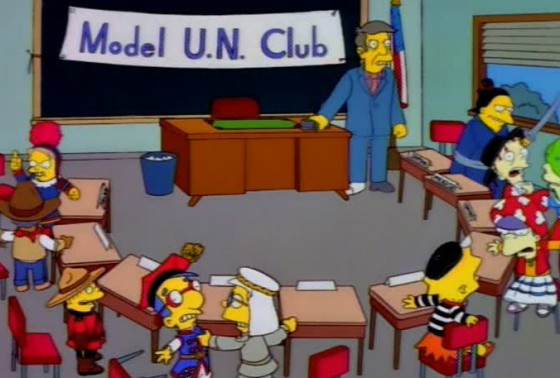 When Homer is accepted into college, he decides to make up a song about his accomplishment. Unfortunately, he showcases exactly why he is fated to fail when he sings the following words: “I am so smart. I am so smart. S-M-R-T. I mean S-M-A-R-T.” As a side note, this particular gag was not in the actual script.