Britney Spears is singing about threesomes! 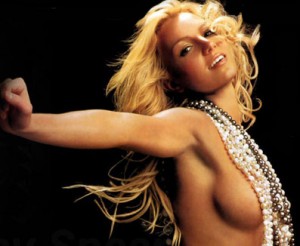 Britney Spears’ new album, The Singles Collection, will be released in stores November 24. The first single from the album, however, premiered on a New York radio station yesterday.

The provocative lyrics are probably Britney’s most racy to date.

1, 2, 3
Not only you and me
Got one eighty degrees
And I’m caught in between
Countin’
1, 2, 3
Peter, Paul & Mary
Gettin’ down with 3P
Everybody loves ***
Countin’
Babe, pick a night
To come out and play
If it’s alright
What do you say?
Merrier the more
Triple fun that way
Twister on the floor
What do you say?

Wondering how the mom of two really feels about multi-partner love?

“I don’t see the harm,” Britney chirps. “Love in the extreme. Are you in?”