Bruckheimer and “The Rock” Team For NBC Wrestling Series 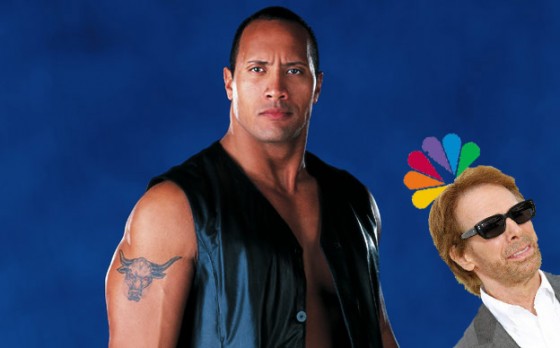 Continuing their efforts to separate themselves from the disastrous Jeff Zucker era, NBC has ordered a dramatic wrestling pilot co-produced by Jerry Bruckheimer and wrestler turned actor Dwayne “The Rock” Johnson. The one-hour show will be set in the golden age of professional grappling, the 1980s.

No further details were made available, but the potential series will also be guided by a pair of the executive producers responsible for awesome Starz hits Spartacus: Blood and Sand and Spartacus: Gods of the Arena. It appears the peacock network is attempting to shed its normally squeaky clean (i.e. doomed to fail) lineup in exchange for edgier fare. New Fall series Grimm and The Playboy Club are being targeted at adults, although more blood and boobs doesn’t always equal success, especially considering NBC’s recent track record of promising goodness and delivering hot garbage.

As of now, the show hasn’t been given a name. I’m offering up Pile Drivers and Steroids and Suplexes as two possibilities. Want another? Homoerotic Heroes. Another? Tales from the Ripped. I got a million of ’em, folks.