Grub > Beer > A Tribute to the Bud Bowl

A Tribute to the Bud Bowl

Super Bowl time is of course admired by many for being a good time for commercials. Beer companies typically shell out big bucks to peddle their product on Superbowl Sunday. One classic campaign that ran for several years was the Bud Bowl, which is now 30 years old. Yep, if you fondly remember the Bud Bowl, you’re officially old too. 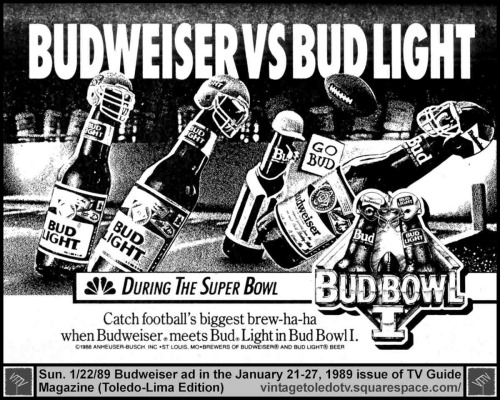 We’ll refer to Wikipedia for the facts :

The Bud Bowl was a stop motion animated Super Bowl advertising campaign first aired in 1989, and sporadically during the 1990s. It served as an advertisement for Anheuser-Busch’s Budweiser family of beers. It features Budweiser bottles playing a football game against Bud Light bottles. 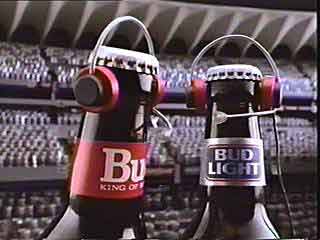 Bud Bowl I was aired in 1989. The 3D computer graphics in the first commercial were made by San Francisco Production Group. Bud Bowl II was shot with stop motion animation by Broadcast Arts in NYC. Bud Ice and Bud Dry would make appearances in later Bud Bowls. Beer bottles with the voices of Terry Bradshaw and Tom Landry (the latter of which was topped with Landry’s distinctive fedora) also made appearances. It has been jokingly said that the Bud Bowl was more exciting than the actual Super Bowl in some years. Additionally, many people would gamble on the outcome of the Bud Bowl. 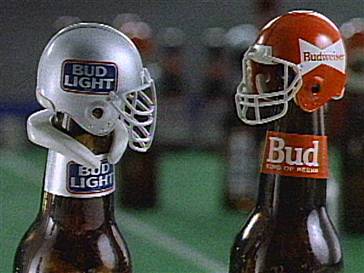 In later years, Bud Bowl was retained as an advertising promotion, but in different forms. Though removed from television, Bud Bowl was used often in store display promotions, and/or contests. By 2002, it was attached to a series of local events, such as concerts, festivals, and “block parties,” taking place at the host city of the Super Bowl in the days leading up to the game. 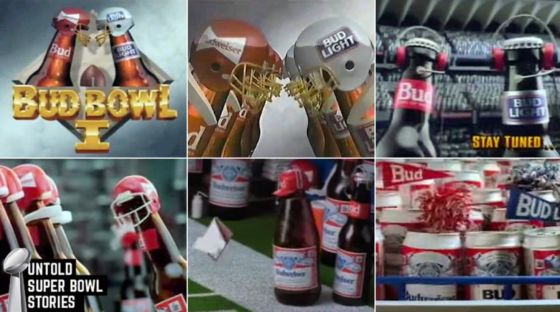 Amazingly enough, someone even figured out the results, and added it to Wikipedia as well :

And here are some videos from the Bud Bowl:

The History of the Bud Bowl :