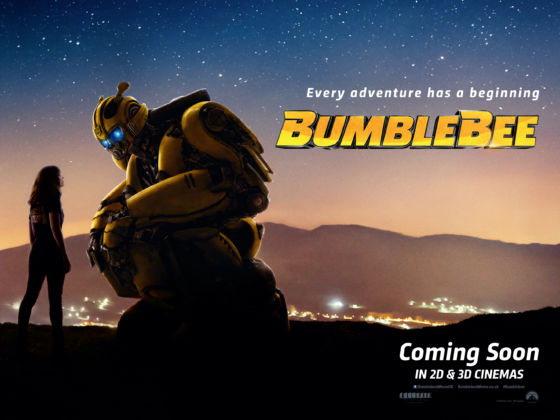 Let’s be honest: Michael Bay did exactly one good Transformers film – the 2007 franchise-starter. The rest were varying shades of “all right” to “downright contemptible.” All of them were loud, noisy (both visually and aurally), misogynist, over-edited, and underacted assaults on the ears, eyes, and mind. There was no color palette other than “slathered in orange and teal like too much mayonnaise on a sandwich.” Females were often treated as little more than glorified lingerie models meant as eye candy. Seriously, how many of you came out of Transfomers: Age of Extinction down a couple of IQ points, sporting a migraine and moderate-to-severe hearing loss? Let’s see some hands. Don’t be shy. 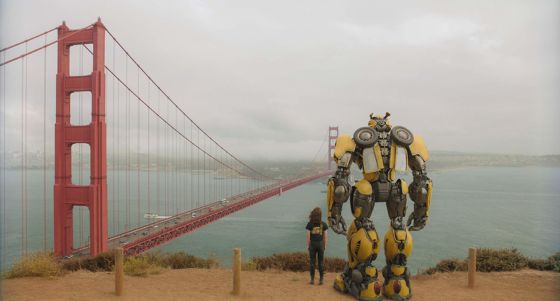 All of that has been undone with Travis Knight’s Bumblebee, a prequel taking place in 1987, twenty years before Shia LaBeouf’s first appearance as Sam Witwicky, and well before Mark Wahlberg’s Cade Yeager enters the picture. Bearing all of the heart and genuine emotion missing from every last one of the Bayformer films, director Knight (Kubo and the Two Strings) and writer Christina Hodson take a more humanist route and pare back to the essentials: a coherent story, exciting action, and – for the first time ever in the Transformers series – decent acting. 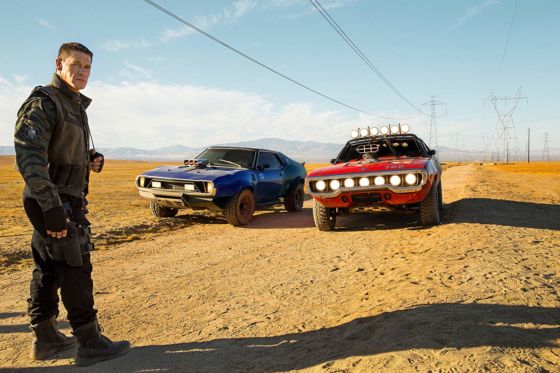 It’s also respectful of prior Transformers canon, full of small sights and references which come straight out of the 1980s animated series. Among the larger-profiled bits and pieces: we actually see Decepticon aircraft in their old triangular Cybertronian forms (which caused a theater-appropriate low-level freakout), and a Transformers fan-favorite song rips through the theater speakers at a very opportune moment. Keeping us grounded in the film’s 1987 milieu are the hairstyles (oh, God, the hair!!) and the music, all of which bring out the best of what the decade had to offer. We hear tunes by Bon Jovi, The Smiths, and everything in between, with the lyrical content often playing straight into how the scene unfolds (a wonderful needle drop of Tears for Fears’ “Everybody Wants to Rule the World” is a highlight). 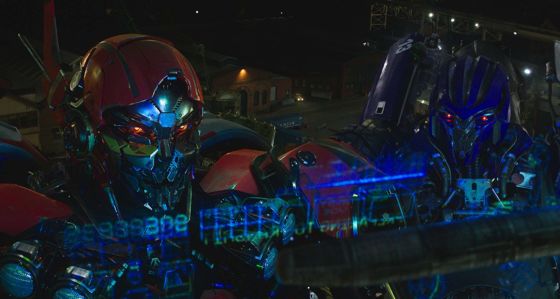 As the movie begins, we find B-127 (voiced briefly by Dylan O’Brien) given instructions by Optimus Prime (Peter Cullen) to flee the war on Cybertron and set up an Autobot outpost on Earth. B-127 carries out his task, but is met by near-fatal resistance from Decepticons Shatter (Angela Bassett) and Dropkick (Justin Theroux), and US government agency Sector 7, which fans of the series should recognize. This encounter leaves him with his memory circuits scrambled and his voice functions irreparably damaged, so he takes the form of the last shape he sees before his systems fail: a Volkswagen Type 1, commonly known as the VW Beetle, which our human hero Charlie (Hailee Steinfeld) finds at a junkyard. 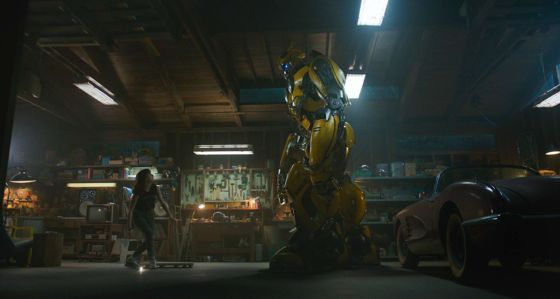 Both Charlie and B-127 – whom Charlie has named Bumblebee – have a lot of literal and figurative damage to work out and repair. Bumblebee’s been reduced to a childlike state from his battle-hardened and weary former self, and Hodson’s script makes sure to mine as much humor as possible from Charlie having to teach this once-warrior how to play possum around other humans. She also gives him a voice of sorts: an upgraded digital car stereo, which replaces the two-knob analog radio (complete with those piano key-style push-in presets!) and allows him to flip stations to express himself through music or sound bites. 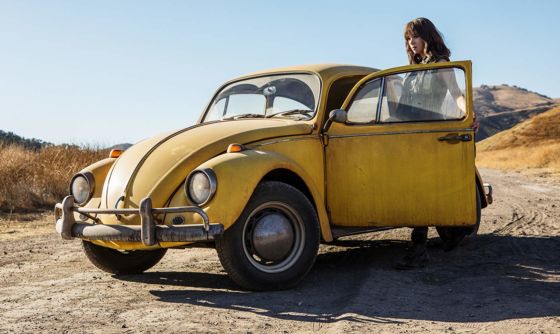 Bumblebee becomes a coping mechanism for Charlie, who’s still devastated by her father’s death and confounded as to how everyone in her life has moved on from it. Her mother Sally (Pamela Adlon) has already remarried a guy named Ron (Stephen Schneider) who doesn’t get what Charlie’s going through. Then there’s her younger brother Otis (Jason Drucker), who’s seldom seen out of his Tae Kwon Do uniform and going about life like nothing’s happened. All through this, Charlie has lost her sense of self, avoiding any kind of friendly contact, sinking herself into her job at a boardwalk lemonade stand, throwing away her competitive diving trophies, and spending every waking moment fixing up her father’s antique Corvette. 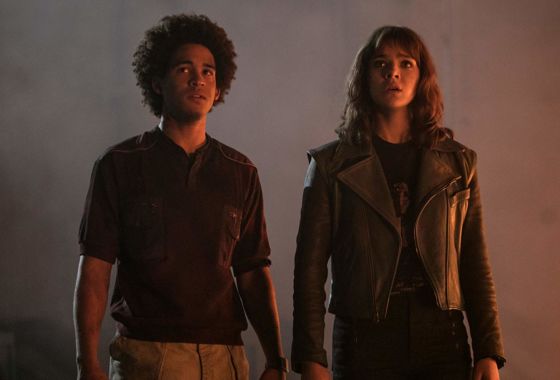 Hodson doesn’t apply the word “Transformers” only to the shape-shifting sentient robot lifeforms from the planet Cybertron. It’s a word which also describes Charlie’s character arc, gradually bringing her out of her shell and reconnecting her to the world. Charlie’s got a lot to deal with – grief, turning 18, the timid advances of a sweet kid named Memo (Jorge Lendeborg Jr.), her family – and she’s overwhelmed. She doesn’t know how to show her feelings, mostly because everything and everyone sucks at this stage in every teen’s life, especially with all the turmoil Charlie’s had to endure. Hailee Steinfeld plays Charlie with a wonderful humanity, precisely nailing what it’s like to be an awkward outcast whose circumstances prevent her from enjoying anything. 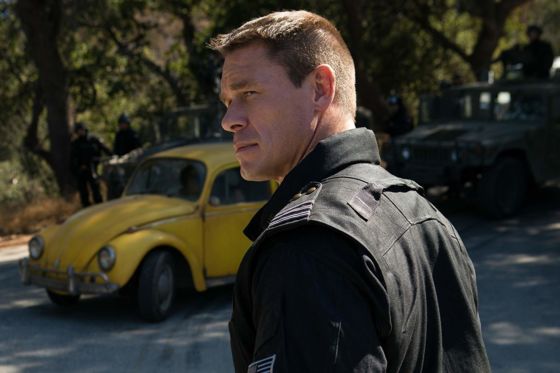 By focusing on this humanity and scaling back the scope of the Transformers’ war to only three robots, Bumblebee is an action movie which – ohmygod – cares about its characters. The humans aren’t there to only point and scream while a CGI game of Rock ‘Em Sock ‘Em Robots causes mass death and destruction, or to provide suspense-bait by having them directly in the damage path. Charlie, Memo, and even Sector 7’s commanding officer Jack Burns (John Cena at his most gung-hoiest) are all given stories and a proper place in the film, serving a purpose greater than simply being action sequence facilitators. The scaled-back scope also applies to the film’s location; we spend the majority of our time in Charlie’s hometown without having to perform a memory-juggling act to keep the story straight. Action sequences are blessedly well-edited and shot to thrill, with long, inclusive takes assuring our comprehension of every punch and car crash. 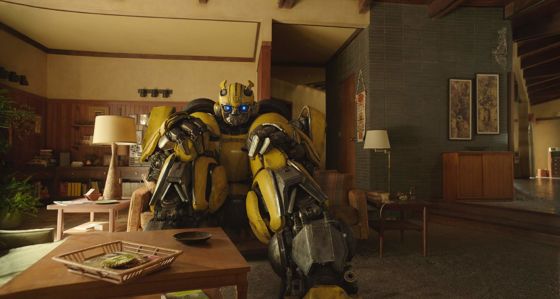 By taking Bumblebee back to simplicity and avoiding the style of Michael Bay’s massive bloat-and-blowout films, Travis Knight has redefined the Transformers movie. He doesn’t wimp it down or “make it girly,” as some audience members will undoubtedly say. Instead, he treats his characters with respect and as genuine people, not overblown characters who only seem to speak in shouts and clichés. He and Christina Hodson find and execute a striking balance between the human element and the CGI world, something Bay never found in his ten-year Transformers oeuvre. Bumblebee makes a welcome entry into the Transformers film canon by being fun, relatable, and engaging, capping off 2018 with a heartfelt bang.

Travis Knight has redefined the Transformers movie by taking Bumblebee back to simplicity and avoiding the style of Michael Bay’s massive bloat-and-blowout films.