Media > Television > Burn Notice Is Back!

Burn Notice Is Back! 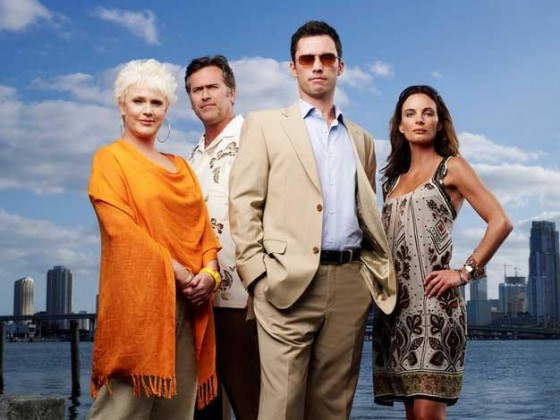 Tonight is the night fellow Burn Notice buddies. Season four kicks off at 9pm on USA Network. Fans can also look forward to at least two more seasons of the series after it was renewed by network execs. Hooray!

Last we left Michael Westen, he was sitting in a strange room after being kidnapped and blindfolded by an unseen baddie. How will he extricate himself from this latest predicament? Who knows, but I bet Sam and Fiona will be somehow play a part.

At any rate, the new season promises to be as explosive as the previous three. It should be hot to the touch. Prepare for the heat to be turned up a notch. I wonder if Michael and Fiona will get sweaty again. Have I used enough euphemisms for burn? Yeah, I thought as much.