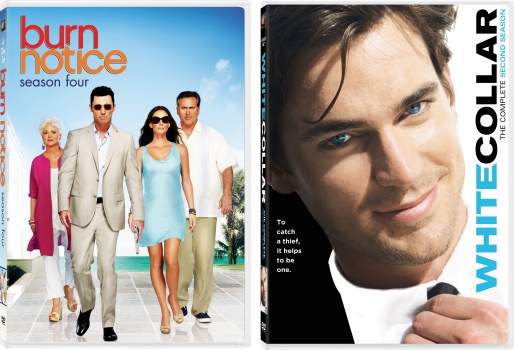 Two of the USA Network’s series Burn Notice Season 4 and White Collar Season 2 are coming to DVD on June 7th. If you haven’t checked out these shows, well, you are missing some great television. From great casts to great storylines, both offer action and drama.

Burn Notice Season 4 sets up where master-spy Michael Westen is back and joined by Jesse Porter, a counter-intelligence expert who has been burned himself. Along with go-to guy Sam (Bruce Campbell) and sexy Fiona, the team takes on a barrage of outlaw biker gangs, drug dealers and a worldwide terrorist threat. Throughout Season 4 uneasy alliances are forged, friendships are tested, and a lethal game unfolds when Jesse vows to find and kill the one who burned him. Burn Notice Season 4 contains never before seen bonus footage such as “Sam Axe’s Guide to Ladies and Libations,” the Burn Notice Roasts White Collar, White Collar Roasts Burn Notice, audio commentaries, behind-the-scenes stunt featurette, gag reel and deleted scenes!

White Collar Season 2 has Matt Bomer returning as sophisticated conman Neal Caffrey, who teams up with FBI Agent Peter Burke (Tim DeKay) to investigate an intriguing array of crimes ranging from extortion to murder. Reeling from the death of his girlfriend, Neal has to unlock the secret behind a mysterious music box and find his girlfriend’s killer while his partnership with Peter begins to crumble. White Collar Season 2 features  bonus footage and extras including a spotlight on fan-favorite Mozzie, behind-the-scenes with Matt Bomer, White Collar Roasts Burn Notice, Burn Notice Roasts White Collar, and a gag reel. 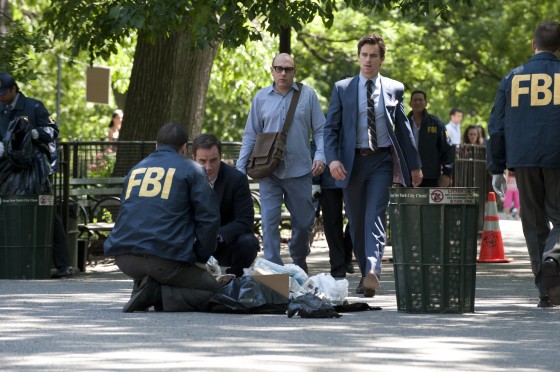 Both shows will be available to purchase June 7th at the Fox DVD shop. You can also win both shows if you follow us on Twitter.