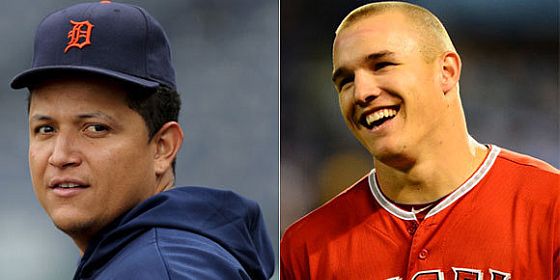 After two months of speculation and debate Miguel Cabrera was named the American League MVP by the Baseball Writers yesterday. In a race that was defined as a showdown between old school and new school player statistics, Cabrera won a surprisingly easy victory over rookie Mike Trout of the Angels. We broke down the case for each player back in September, and while we supported Trout, we could see a valid case for the Tigers’ Cabrera as well.

Instead of being satisfied that their archaic view of statistics and modern metrics was validated by a bunch of old writers, some Cabrera supporters have gone on the offensive following the announcement. Breaking out old canards about nerds who don’t care about the games, a number of high profile writers have taken to Twitter to insult people who supported Trout. 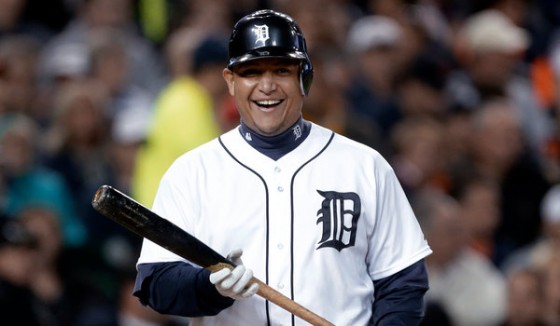 First up was ESPN’s Rob Parker. Parker has a long history of being obnoxious on this issue, and last night demonstrated his disregard for anyone who doesn’t agree with him.

Where are all the Keith Law stat geeks tonite? Crying in their chocolate milk prolly. Lol

Our favorite part of these tweets was his insistence that RBIs, the one individual stat that a player has the least control over, were what made the difference.

Not to be left out, The Washington Examiners Thom Loverro chimed in:

Mike Trout denied AL MVP. Geeks denied validation. Vow to carry on the WAR until their cold dead fingers are pried from their keyboards

Those two weren’t the only ones to denigrate Trout supporters as nerds or geeks, a simple twitter search returns hundreds of similar comments.

Our favorite piece of “journalism” on this comes from The Atlantic Wire. Writer Conner Simpson, apparently unaware of the recent political validation of Nate Silver’s statistical approach, writes an offensive “Idiot’s Guide to Being an Outraged Math Nerd.” It is almost amazing that any major publication would allow a writer to publish something so clueless.
The article can best be summed up in this passage, where Simpson manages to display his ignorance of basic baseball statistics.

“The argument for Trout is pretty simple. First, Trout was better than Cabrera in all the stats that have become popular among the sabermetric crowd. Trout had a better on base percentage, which doesn’t calculate someone screwing up when measuring how often a batter gets on base.”

We understand the impulse for these reporters to last out. They realize they are behind the times when it comes to a modern understanding of baseball, and will cling to this win as validation. Their attitude can best be summed up by Evan Grant, a BBWAA member and MVP voter.

For those carping about the BBWAA awards, a quick reminder: They are OUR awards.